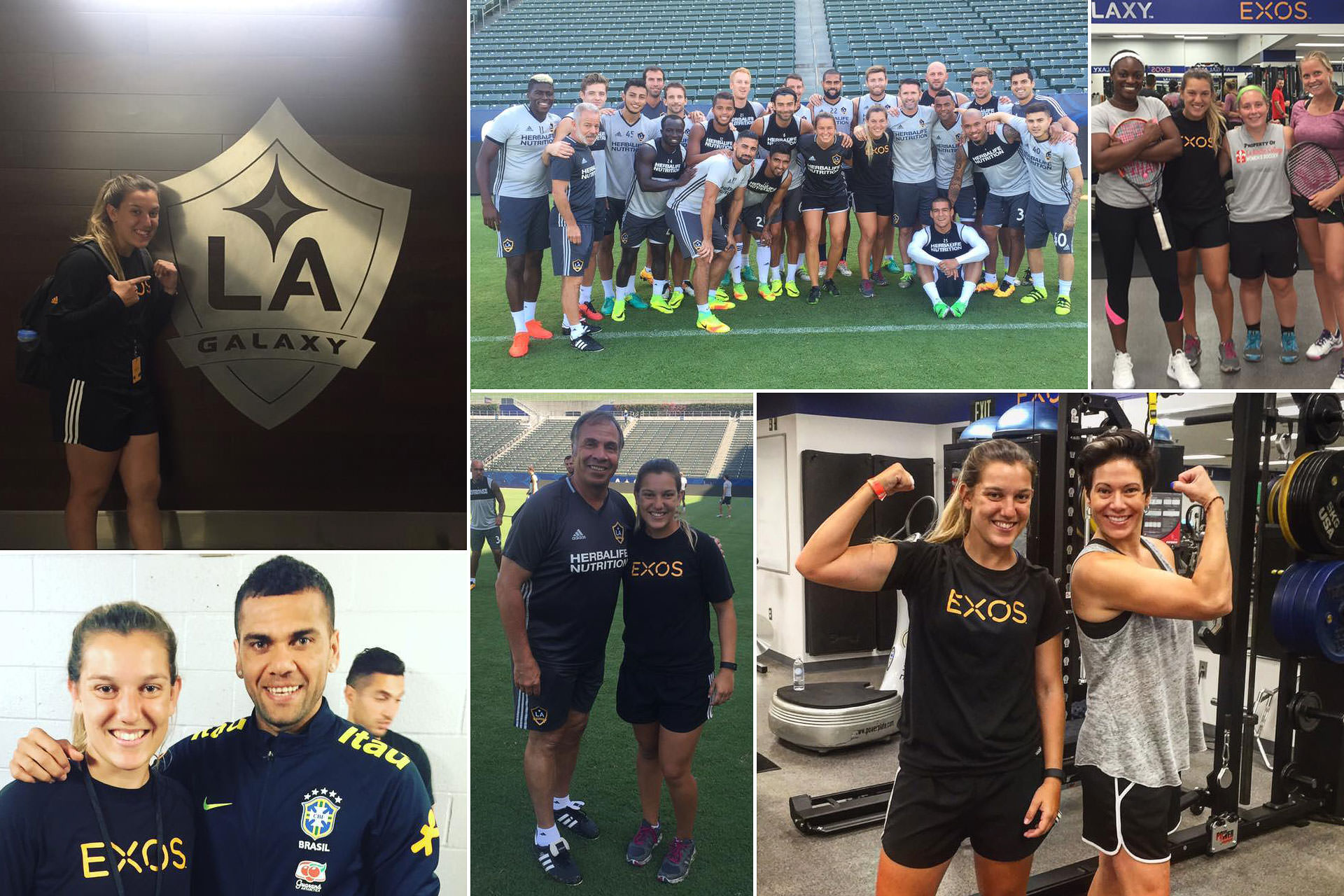 I spent my summer in Los Angeles at my dream internship. When I started looking at potential sites for my internship I realized EXOS was accepting applications. EXOS is a sports performance company that trains athletes from all over the world. Headquartered in Phoenix it has multiple locations all over the United States. I had followed the company because it trains many professional and national soccer teams, but I was nervous about applying. It is such a competitive market that I was afraid I would get turned down. But, to my surprise, I was called for an interview and accepted a summer internship with the Los Angeles branch of the company. I was excited for the opportunity to learn from the best in the field.

I graduated from Bowling Green State University in 2014 with a degree in applied health science and dreams of going to medical school. The year after I graduated, I started working in hospitals in California, but something was missing. I was a four-year letter winner on the BGSU women’s soccer team and I wanted to find a way to get sports back into my life. I decided to return to BGSU and pursue a master’s degree in exercise physiology. In addition, I obtained a position on Coach Lindsay Basalyga’s staff with the women’s soccer team. During all of this, I really fell in love with sports performance and conditioning.

I moved to California on May 19 and started my internship on May 23. The EXOS gym is located inside the StubHub Center, the home stadium of the L.A. Galaxy major league soccer (MLS) team. I was so excited that I was going to work in the same gym as the Galaxy team and my idols: soccer players such as Steven Gerrard, Ashley Cole and Robbie Keane. In the first week of the internship, the other interns and myself were introduced to the facility, where we observed all the training sessions. We also learned how to prepare the athletes’ post-workout shakes and other duties as assigned. Normally, athletes come to the facility and train for a minimum of two weeks, depending on their schedules. The majority of athletes are from the NFL, NBA, MLS, Premier League, college and high school athletes. The program is based on four pillars: mind-set, movement, nutrition and recovery. All athletes that come to the facility have access to all of those areas in one place. EXOS also implements a lot of sports-specific movements that work the muscle groups needed to perform in game time.

During my second week at the facility I was excited to learn the Brazilian national soccer team was going to train at our facility in preparation for the Copa America Centenario. I am from Brazil, so being able to interact with my national team was amazing. In just my second week I was introduced to all the Brazilian national players and staff and became really close to them. Brazilians love to talk to other Brazilians when they are in other countries, so being able to speak Portuguese with them and providing a home-like experience was special. They let me watch their training sessions and gave me tickets to their match against Ecuador. It was an amazing experience and also brought me a lot of motivation for the following months at EXOS.

By the end of my second week at EXOS, I was chosen among five other interns to work with the L.A. Galaxy for six weeks. I could not believe it. I never thought I would get the chance to work alongside and learn from the Galaxy coaching staff. I was chosen because of my soccer background — I've played since I was 4 years old, and because I speak a bit of Spanish. A majority of the players on the academy teams are Hispanic and that proved helpful. As the Galaxy intern I started my days at 4 a.m. in order to get on a bus and head to West Hollywood, where I would catch a ride with my friend, who also interned at EXOS. Since I didn’t have a car, I really appreciated the ride to work. We would get to the facility around 7 a.m. to start setting up for the first session. This included opening the gym and preparing team’s hydration routine. At 8 a.m., I would go to work with the Galaxy academy teams.

The organization has two academy teams, U-16 and U-18, as well as the first and second teams. I worked with a different team each day, which was awesome because I got to work with all the different coaches and learn from all of them. Their strength and conditioning coaches are all from EXOS so for me it was an amazing learning experience to apply the EXOS system and methodology into a team environment. By my third week with the Galaxy, I was training all the players in the squad, alongside the strength conditioning coaches that served as my supervisors. I would work with the Galaxy athletes until lunch time, then I would switch and work with EXOS individual athletes in the afternoon.

My normal duties as an intern in the first weeks of the internship were opening the gym, preparing the hydrate and water, prepping the athletes’ nutritional supplements, cleaning the equipment and observing the sessions. We always had education on Wednesdays, where we would learn about the EXOS methodology in detail. After the education sessions, we would practice with our coaches in order to master all the movement skills and techniques.

It was a great learning experience for me since I am so passionate about sports performance. My mind was always working 24/7 because there was so much valuable information coming in from some of the best strength and conditioning coaches in the world. Because of this experience, I was able to network with amazing coaches, staff and athletes. I had the chance to work and coach elite athletes such as U.S. national team players, some of the world’s top 20 tennis players, Arsenal soccer players and NFL players, to name a few.

I was so grateful for the opportunity to work at EXOS. I gained so much knowledge and left motivated to become a better coach. I am excited to start the fall semester at BGSU, where I will be able to keep learning about sports science and performance in my graduate school classes, as well applying all the knowledge I got from the internship to the BGSU woman’s soccer team.