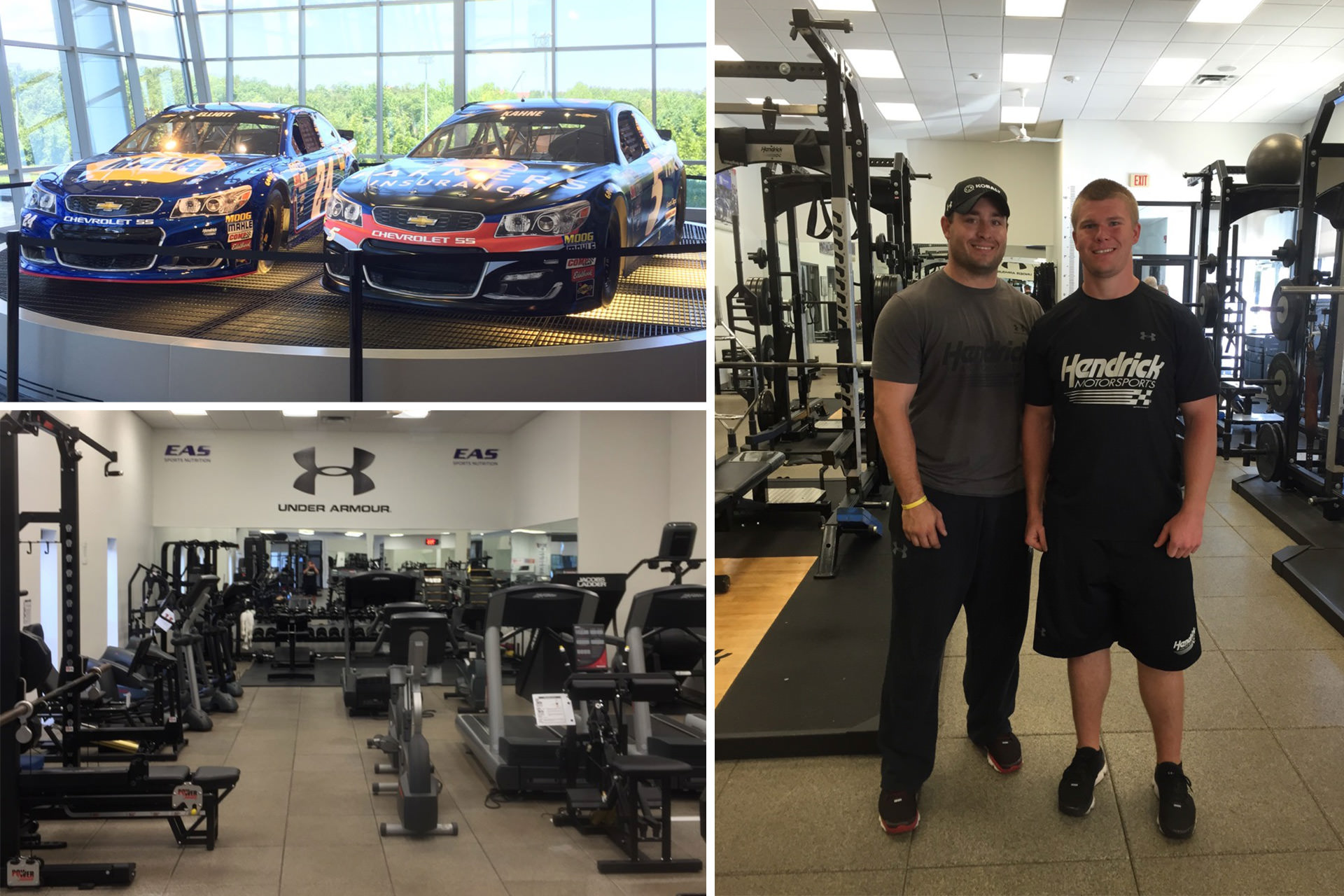 When someone mentions NASCAR, scenes from the movie “Talladega Nights” might come to mind. However, there is so much more to this sport than just driving in a circle 200 times. Growing up, I always liked dirt track racing but never really had an interest in NASCAR. Two years ago, I received my first job experience with Hendrick Motorsports (HMS). I spent three days job-shadowing the strength and conditioning staff. That experience really opened my eyes to the complexities of the sport. The first time I saw a pit stop I was in complete awe. Six individuals, all moving in synchronization, change four tires and perform various other tasks in less than 12 seconds. It’s an amazing sight to see.

While job-shadowing at Hendrick, I talked with head strength coach Mark Morrison. He talked about his career path and how he got started at HMS, and I then talked about my time at Bowling Green State University and my experience working for the football team. When I told him I was a student equipment manager, he told me that the student managers at Florida State, where he went to school, were respected by everyone in the department. It was after this conversation that coach Morrison offered me an internship and I knew I wanted to learn from him. This past May, after two years of waiting, I moved to North Carolina to start working for coach Morrison as a part of the Hendrick Motorsports strength and conditioning staff. For comparison, Hendrick Motorsports is like the Yankees of NASCAR, or at least that’s how it was explained to me, so I knew this was going to be a great experience. 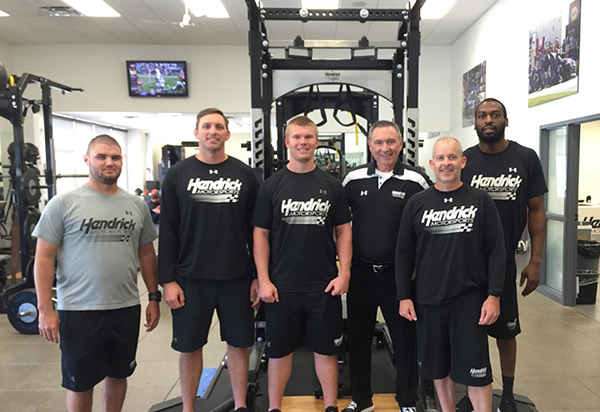 My job at HMS is to help train the pit crews. The NASCAR season is very long, running from February until November, so the pit crews only get about a month and a half off out of the year. Since the season is so long and the amount of time off is minimal, workouts should not be too hard or intense. A regular week at Hendrick Motorsports starts with recovery, usually yoga, on Monday. Tuesday, Wednesday and Thursday are similar and focus on lifting, heat training and pit practice. Fridays and Saturdays are off days and usually are filled with traveling to the race destination. Sunday is race day and then more travel. Our days were short compared to a normal work day but they were full of activity. I arrived at the facility by 5:30 a.m. every day in order to get ready for the first training group at 7. All of our crews were done by 1 p.m. each day, but because it is such a long season it got to be tiresome at times.

At Hendrick there are four starting pit crews with six members for each car. We worked with the crews from the 5/24 and 48/88 cars. In addition to the starting crew members, each team has a series of backups and developmental athletes who also work out. At Hendrick they recruit college athletes and have them try out for a spot on the pit crew. During my time there, Hendrick had two tryouts. They invited about 50 athletes for the first tryout and about 30 athletes for the second tryout. During each tryout, athletes were evaluated during different agility drills. Out of the 80 total athletes evaluated, 33 were invited back for a three-day pit crew mini camp. Each athlete was trained to become a member of the pit crew during the mini camp. During the camp, athletes were placed in positions: changer, carrier, jack man or fueler. At the end of the camp, athletes were evaluated doing live pitstops. The final 6-8 athletes were selected as developmental pit crew members. These members were signed to a contract with Hendrick and began our workout routine. If a developmental member showed potential, they were assigned to a Hendrick car as a backup. The end goal for the athletes was to make a starting position with one of the Hendrick cars. 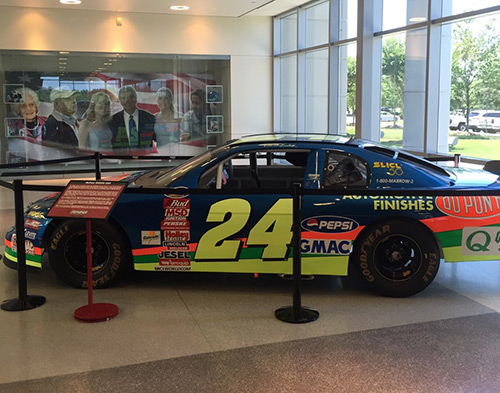 Interning at Hendrick Motorsports was an amazing opportunity. Working with pit crew athletes is not something most strength coaches get to experience. Working with them compared to working with football players is a whole different ballgame. Since I played football and have been around the game at the collegiate level, I was able to compare football workouts to pit crew workouts. Pit crew workouts were challenging but were still light enough to where it won't affect their performances in the pit. If you were to run the pit crew through a workout designed for a football player, it could really take a toll on their performances in the pit. At HMS, we trained our athletes to be fast but under control.

I even met another Falcon during my time at Hendrick. The fueler on Jimmie Johnson’s No. 48 car is Brandon Harder, who is from Oak Harbor, Ohio, and is a BGSU graduate with a degree in construction management. It was pretty cool to have someone to talk to about BGSU.

Even though my time at Hendrick is over, I am looking forward to my next step in strength and conditioning. During my internship, I received a call from Mississippi State’s assistant strength coach Zach Akenberger. I didn't know him prior to our call but, to my surprise, he also is a graduate and former football player at BGSU. Coach Akenberger offered me an internship with their strength and conditioning staff. In the fall I will move to Starkville, Miss., to start a position at Mississippi State University. It’s crazy how things work out.

My career in strength and conditioning is just beginning and I can’t wait to see what the future might hold. My advice to anyone working toward their dreams is not to limit yourself to just the things you think you can accomplish. You never know what doors might open and what type of impact your time at BGSU might have when you are willing to take chances. Keep working hard! It will pay off!