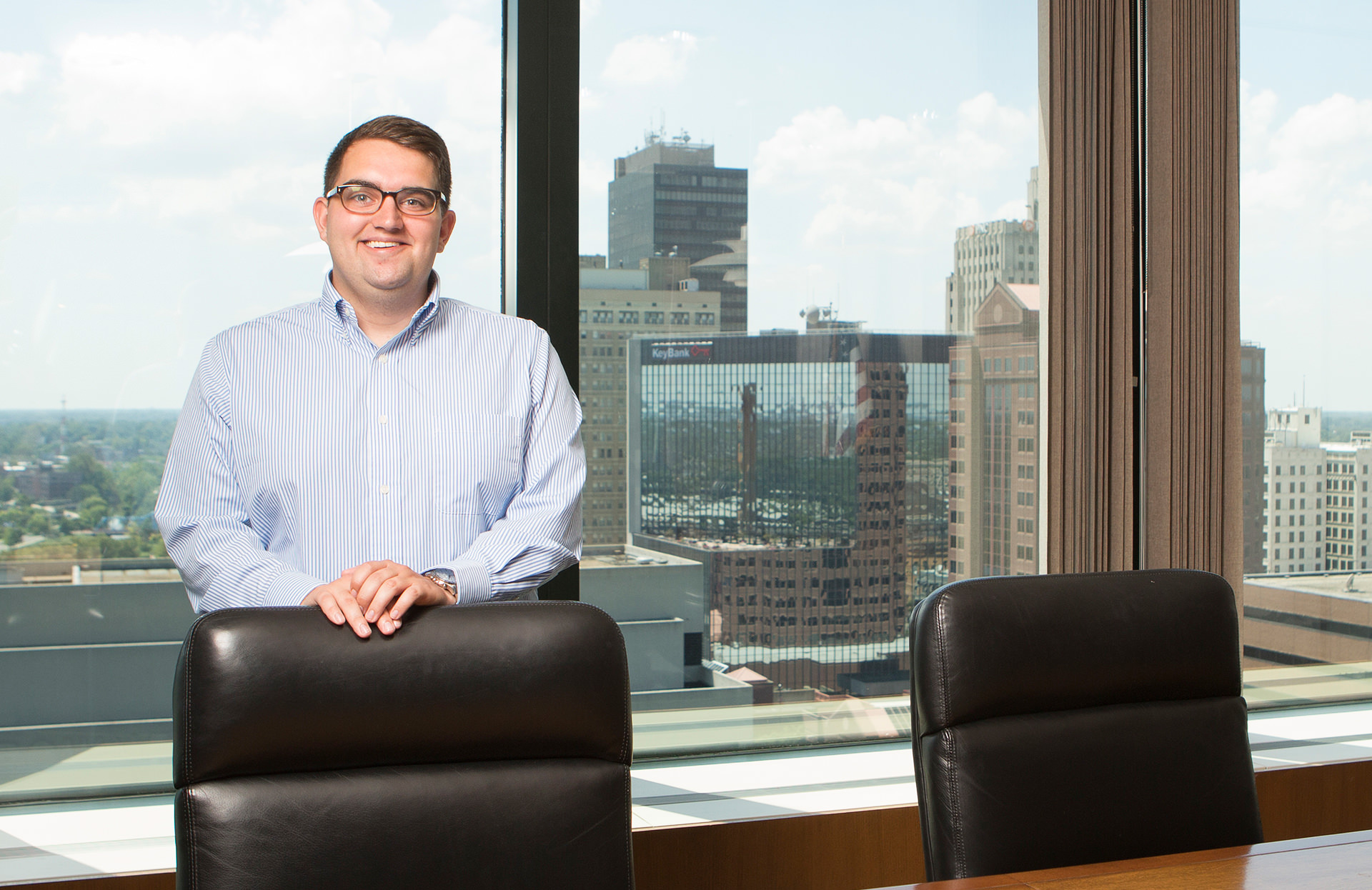 “From my involvement with various organizations, I have come to the realization that not much can be accomplished without exceptional friends and colleagues...BGSU taught me how to be team oriented and work hard.”

David Neely ’14, ’15 came to BGSU in the fall of 2010 to develop his leadership skills and receive an education that could help him for the rest of his life. Originally from Perrysburg, Ohio, he was very familiar with Bowling Green and the northwest Ohio community.

But, graduating for the second time in five years, he could not have predicted the impact the University would have on him.

An accounting major, throughout his undergraduate career Neely recognized the importance of also being involved outside the classroom. During his first semester, he joined Lambda Chi Alpha Fraternity and Undergraduate Student Government and participated in Dance Marathon. By his sophomore year, he added another position, resident adviser, to his responsibilities.

“From my involvement with various organizations, I have come to the realization that not much can be accomplished without exceptional friends and colleagues,” Neely said. “BGSU taught me how to be team oriented and work hard.”

During his junior and senior years, Neely served two terms as student body vice president. In that leadership position he was was responsible for representing thousands of students and working with the administration and community to improve the University. This challenging but rewarding commitment was an important chapter in Neely’s BGSU story.

He realized immediately that his BGSU journey was not over yet. This past year, he studied in the Master of Accountancy program.

“The MAcc program helped prepare the entire cohort by promoting critical thinking about various obstacles we will encounter during our careers. We were exposed to new topics and issues as we enter the accounting profession,” Neely said. “Most importantly, we learned how to communicate our ideas, learn from one another, and continually improve ourselves as individuals and professionals.”

What started five years ago is continuing on, even as August commencement brings more change for him. This month, Neely will have the opportunity to apply all he has learned as he begins working for Ernst and Young in Toledo, Ohio, in the Assurance Services Practice. But his two sisters, Nicole and Courtney, attend BGSU and, although his own time as a student is ending, he plans to stay involved with his alma mater. Neely, like so many others, makes the Falcon Family special and BG will always be his home.