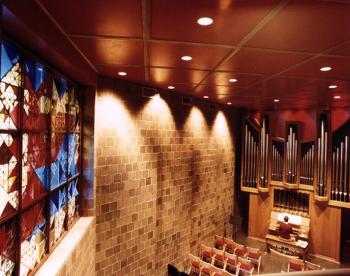 Designed and built specifically for its location in the Moore Musical Arts Center, the organ was constructed by Rudolph von Beckerath of Hamburg, Germany. In the fall of 1979, three craftsmen from the Beckerath shop spent nearly six weeks in Bowling Green in the assembly, voicing and tuning of the instrument. More than 1,000 pipes ranging in length from eight feet to less than one foot are housed in the case constructed of European oak. The pipes visible in the case facade are made of 75% tin; interior pipes are fabricated of 30% tin, brass or mahogany. The organ contains 16 stops (20 ranks of pipes) on two manuals and a pedal.

The organ studio, with its all-brick interior and 20-foot ceiling, provides excellent acoustics for the organ. The studio seats sixty persons. It is an integral part of the Moore Musical Arts Center, designed by Toledo architects Bauer Stark and Lashbrook, which opening in September 1979. 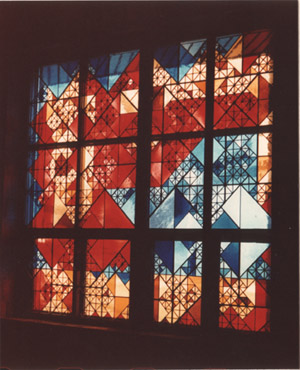 The stained glass window located in the organ studio was presented in memory of Orville H. Bauer by his colleagues at Bauer Stark and Lashbrook.