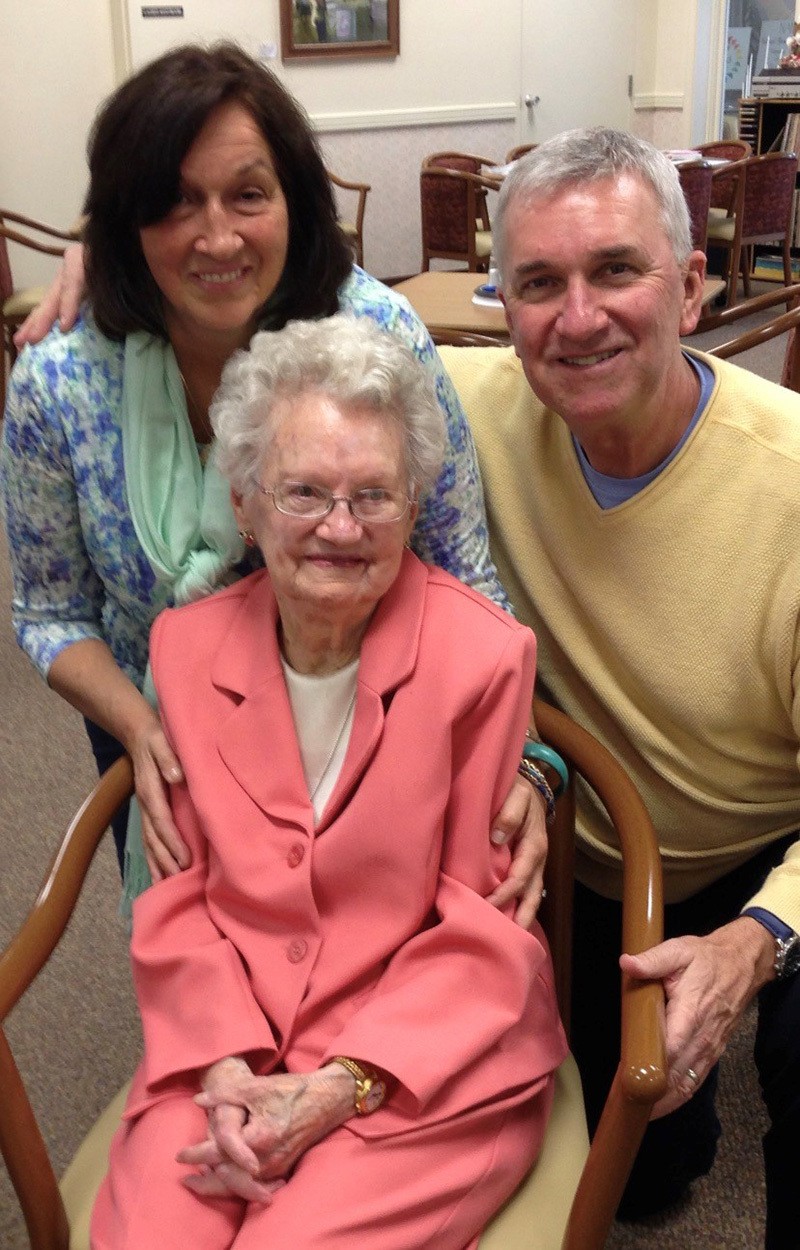 BGSU alums Paul and Margo Hooker are strong, long-term supporters of the College of Business. They have provided numerous gifts, but the latest gift has a more emotional connection for Paul especially. Their financial commitment is being used to name the Student Services Hub in the new Robert W. and Patricia A. Maurer Center in memory of Paul’s aunt, Sister Mary Noreen Gray, whose life was spent serving others as an educator and humanitarian.

Sister Noreen was born in Toledo in 1917 and graduated from then Edward B. Libby High School in 1935. She began a career in the business world and later felt the calling to serve in the military during WWII as a WAVE in the U.S. Navy. Following her time in the Navy, she entered the Sisters of Mercy in Cincinnati and began her bachelor’s in education in 1946 and graduated in 1962 with a Bachelor of Science.

She worked in the finance office at the Sisters of Mercy for many years and taught elementary school students there, as well as in elementary schools in the Diocese of Toledo and northwest Ohio. In 1975, Sister Noreen felt a deep calling to serve the poor in Jamaica where she worked with adults and children for more than 16 years.

Returning to Toledo, Sister Noreen helped women in need at the Aurora House prior to her retirement in 1997. Sister Noreen passed away at age 98 at the St. Bernardine Home in Fremont in 2015.

Paul’s mother died of cancer when he was 7 years old, so he barely knew her. He relied on the many stories his aunt would tell him so he could learn more about his mother. According to Paul, “When she [his aunt] passed, I knew that I wanted to honor her in some way, so I’m so happy that she will always be remembered with her naming in the College of Business Maurer Center.”

He adds, “Because of my Foundation Board commitments and other involvements with our beloved university, I return to campus at least 4 times a year. On every visit, I plan to sit in her space, peer at her plaque, and recall her many stories about my mom.”

The Sister Noreen Gray Student Services Hub will be a one-stop shop for business students once the new business building is open in the fall. It will include offices for recruiting, advising, and academic and career coaching. This unique student-centric space will be next to the student organization space. Paul and Margo thought it would be fitting that this space which will be used to serve business students be named for Aunt Noreen and her drive to help others.