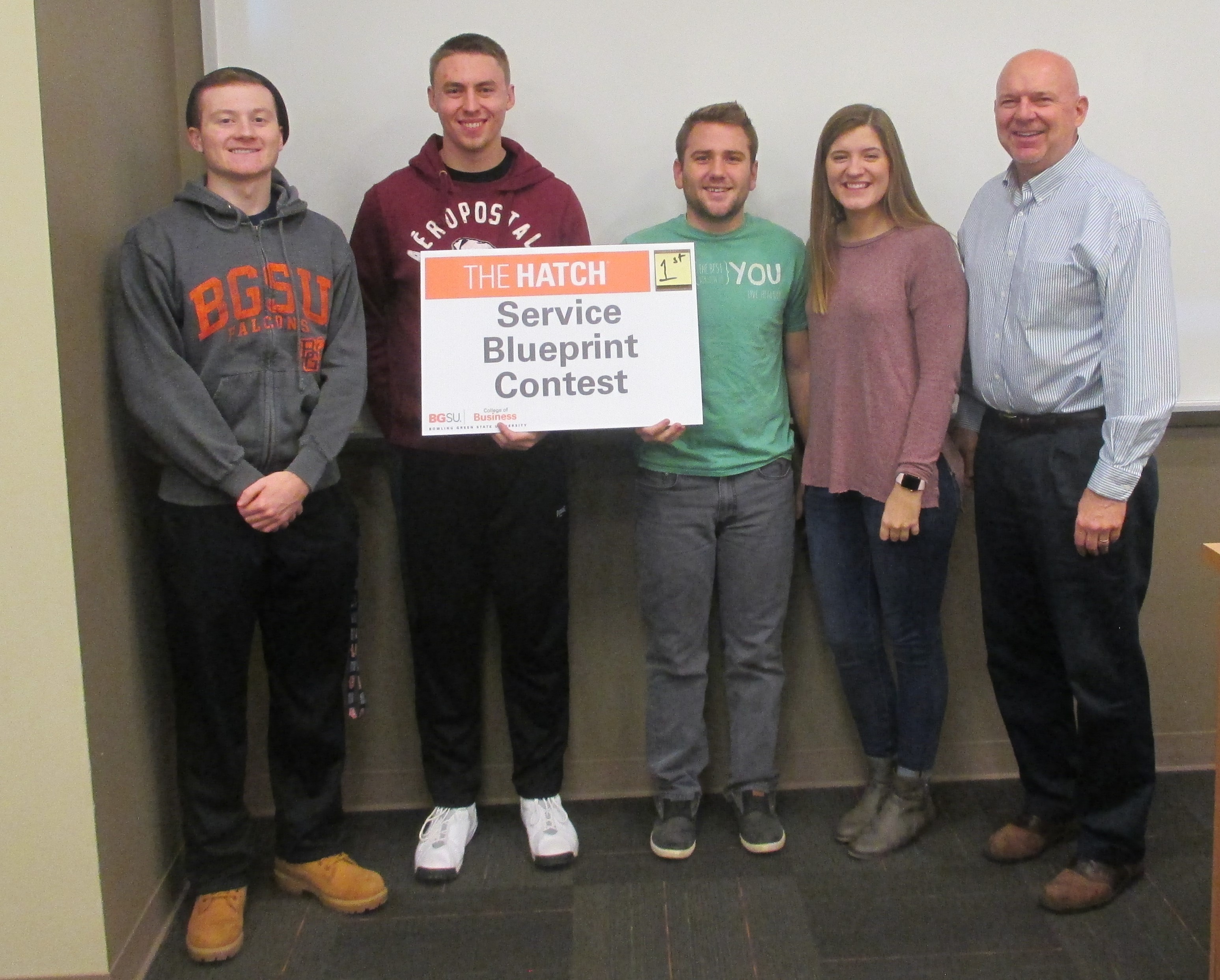 In Dr. Dwayne Gremler’s Services Marketing (MKT 4050) course, students go beyond the textbook to learn about service blueprinting. Each semester they are taught to apply marketing principles to the service sector of the economy through a hands-on project where teams identify a unique service process and develop a service blueprint to capture the steps in the process. To add some competitiveness to the learning process, Dr. Gremler incorporates a contest amongst the teams. The team with the best service blueprint project wins a prize generously donated by BGSU alumnus Herb Goetschius ’72, president of Help to Grow Services LLC.

During fall 2018 semester, 16 teams in two MKT 4050 sections competed and were judged by three faculty members in the marketing department. Teams were required to identify a novel service concept or offering and to fully develop their idea or concept by using the service blueprint they were taught earlier in the semester.

The winning team this past fall consisted of students Chris Grospitch, Marco Miranda, Jessica Myak, and Drew Otten. The idea depicted in their blueprint was for “Grab ‘N Go Umbrellas,” a proposed new service that would provide umbrellas for short-term rental through kiosks scattered across campus.

According to Dr. Gremler, the intent of the project is to develop a thorough understanding of service blueprinting by designing a new, innovative service process for a new or established service company and graphically capturing the service process.

Goetschius has supported Dr. Gremler’s blueprint competition for many years. In addition to sponsoring prizes for the top three blueprints, the BGSU alum also sponsored a pizza lunch as part of an “awards banquet” for all of the students in both of Dr. Gremler’s MKT 4050 sections where the winning teams were announced.