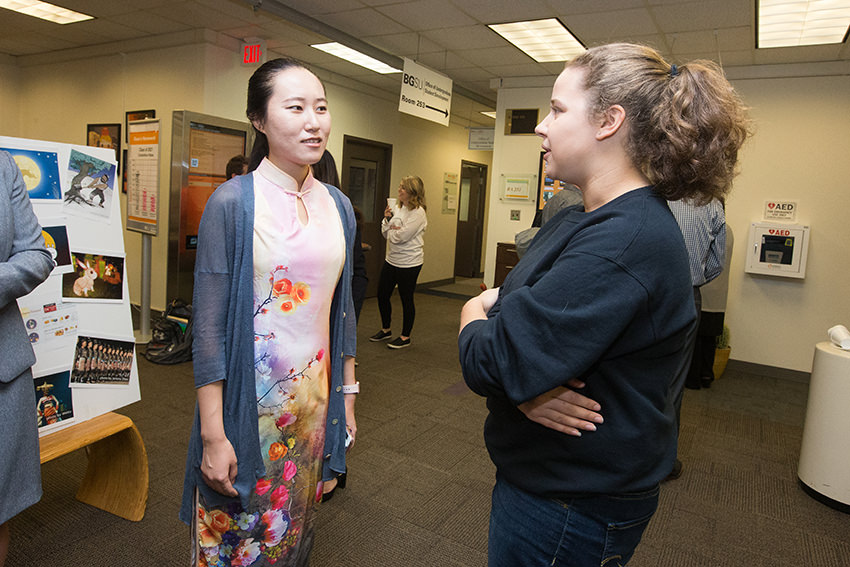 Mid-Autumn Festival is traditionally celebrated across South and Southeast Asia, including China, Vietnam, Japan and South Korea. But this year, on October 4, it was also celebrated at BGSU, hosted by the  College of Business Dean’s Advisory Council on Diversity and Inclusion (DACODI) with help from students attending the University through a partnership with China’s Tianjin Polytechnic University (TPU).

In 2014, the college and TPU established the partnership which includes a 3 + 1 educational program with cohorts of TPU students completing their dual undergraduate business degrees at BGSU, along with an exchange of faculty between the two universities. This fall’s TPU student cohort is the first to attend BGSU. 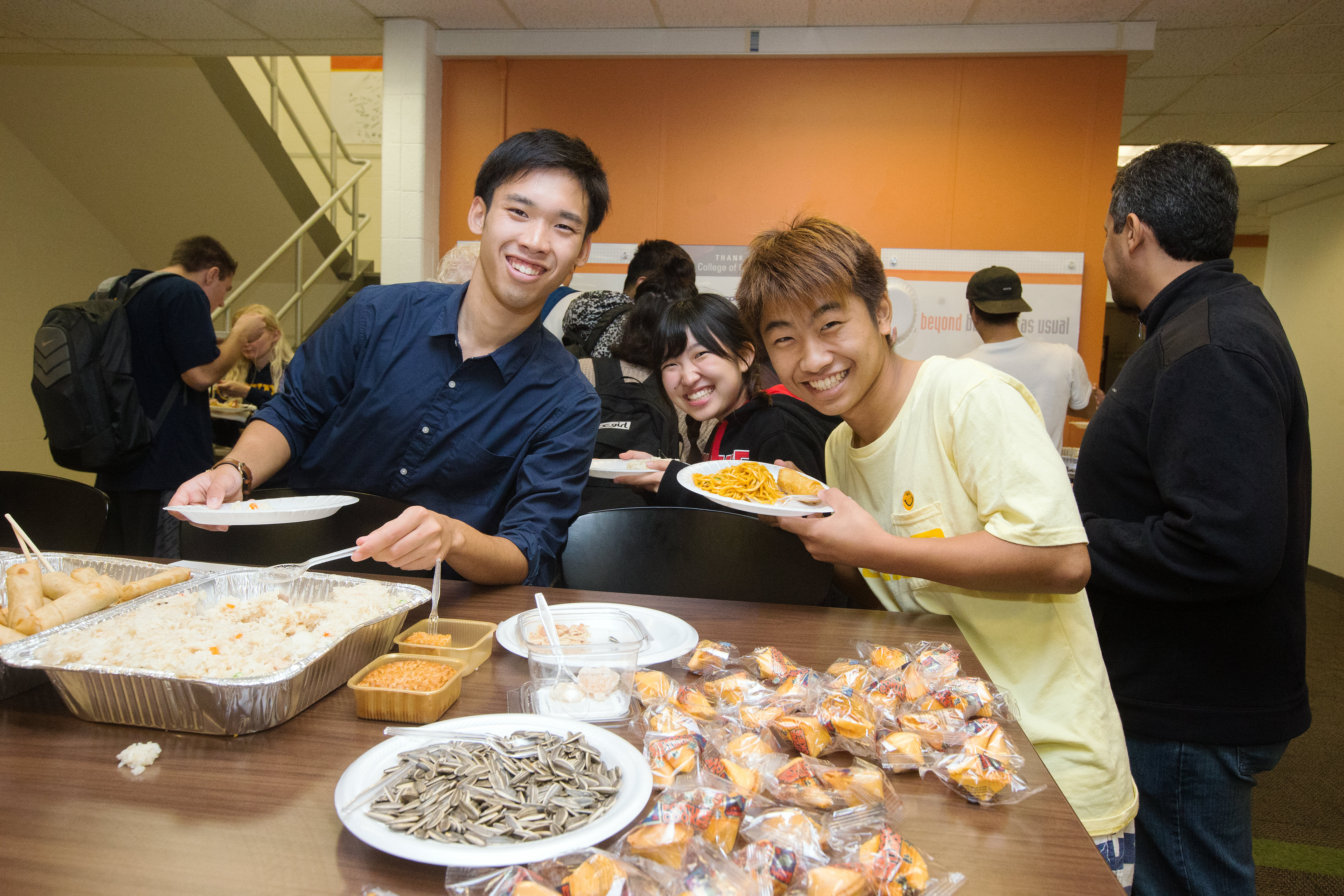 DACODI members Madison Vincent and Ramsha Rashid started planning the festival in September as a way to welcome TPU and other international students. The festival featured traditional Asian foods like noodles, rice and mooncakes, with students on hand to explain their culture and the significance of the Mid-Autumn Festival.

“This festival is a time for family,” TPU student Niu Zehao said. “You have tea together in the morning, and in the evening, you spend time with your loved ones.”

While TPU students agreed that the BGSU event was not strictly traditional, they said it helped them acclimate to campus life here and they appreciated the effort the college had put into the event. “It’s a combining of cultures,” Zehao said. “It makes us feel like the campus is a home.”

Zubair Mohamed, associate dean at the College of Business, said he was pleased that the festival encouraged students to get to know the TPU students and to learn about other cultures. “This is a welcoming experience, and the interaction is what is most important,” he explained. “We are not isolated; there are connections between us and others at BGSU and elsewhere in the world.” 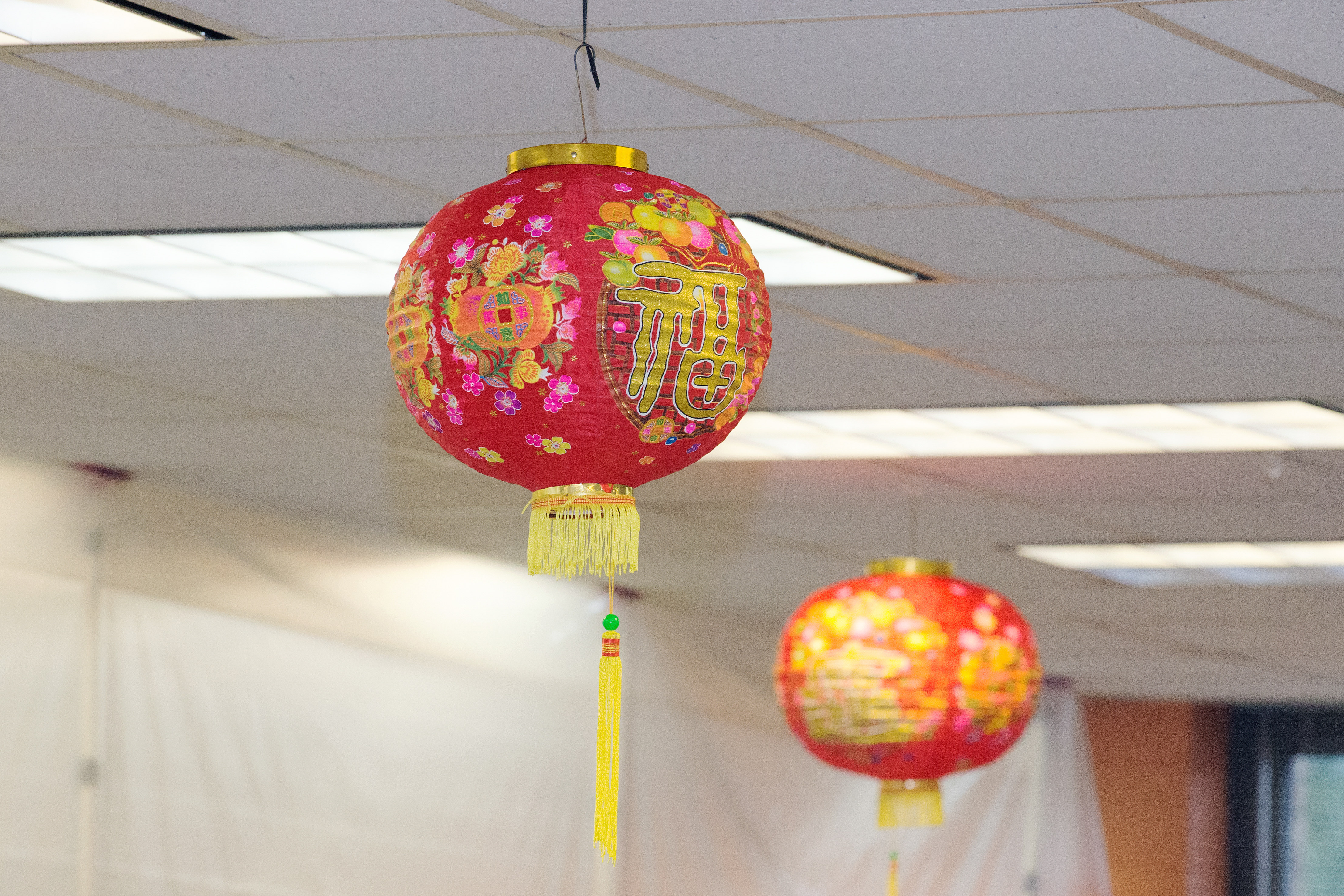 Mohamed also advises DACODI, which works throughout the school year to partner with other organizations on campus and offer culturally meaningful events. While the Mid-Autumn Festival was the first event of the 2017-2018 academic year, more events will follow. “The college celebrates diversity and inclusion, and we want to honor that,” he said.

To organize the Mid-Autumn Festival, Mohamed met with students to help determine what they wanted to accomplish and how to respect the cultures featured. “There needs to be people on both ends to make things happen and to keep events and projects going smoothly,” he explained. “We need to promote what we believe in and what we do; this is important not just at BGSU, but around the world.”

The festival’s main purpose was to promote diversity. “There needs to be a mental inclusion on how people think and perceive – with diversity and the entire human spectrum,” Mohamed said. “This is what we want to celebrate and promote. We want people to feel included, that they belong.”

TPU students were not the only ones who appreciated the Mid-Autumn Festival’s cultural significance. 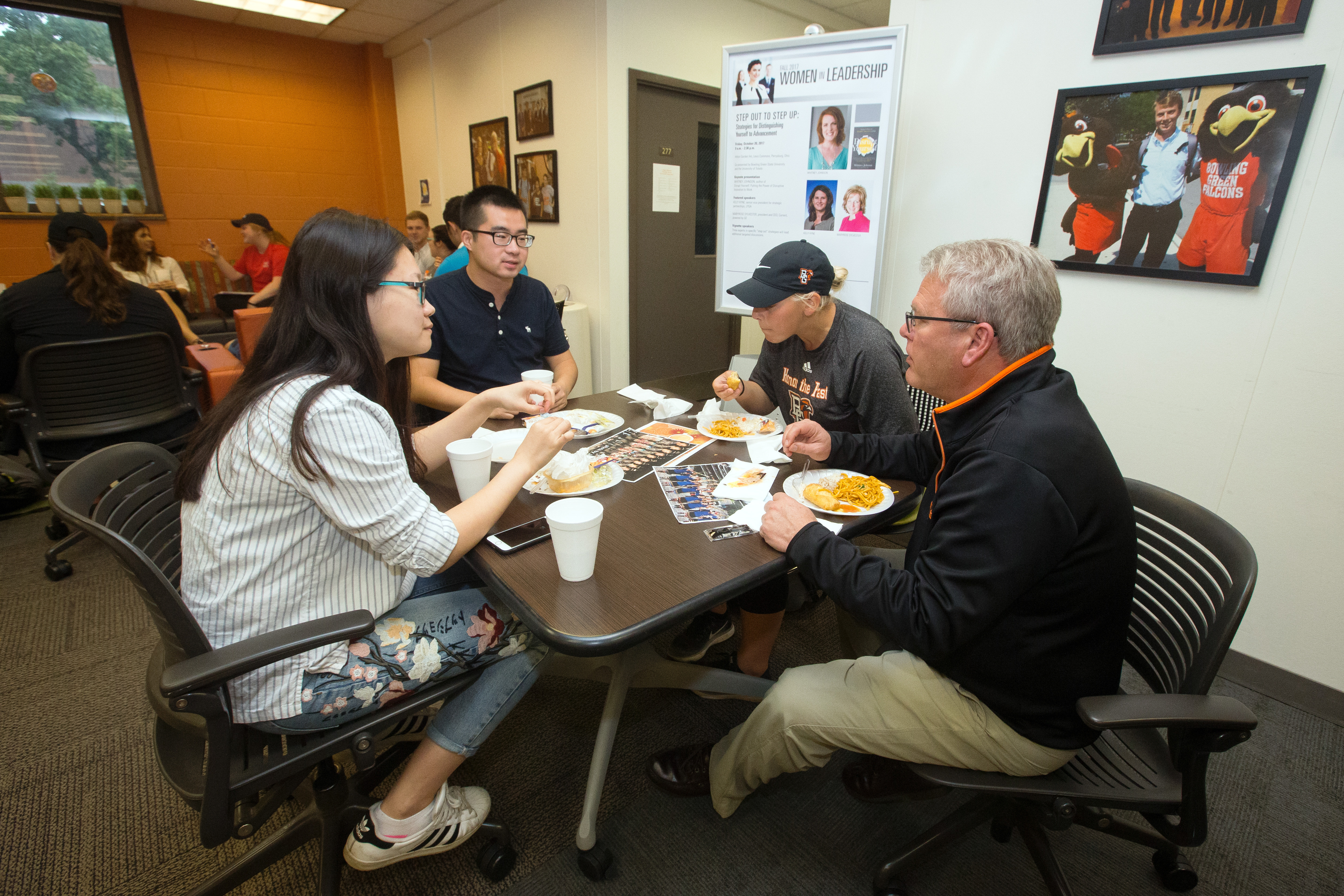 “It’s so meaningful,” Phuong Nguyen, who has taken the American name Emily while studying here, said. Although not part of the TPU cohort, Nguyen grew up in Hanoi, Vietnam, a culture that also celebrates the Mid-Autumn Festival. “This is a time for family to be together, and it means a lot to have that here as well, to feel welcomed and at home. It’s so wonderful to celebrate it while we’re here and have a sense of belonging here at BGSU.”