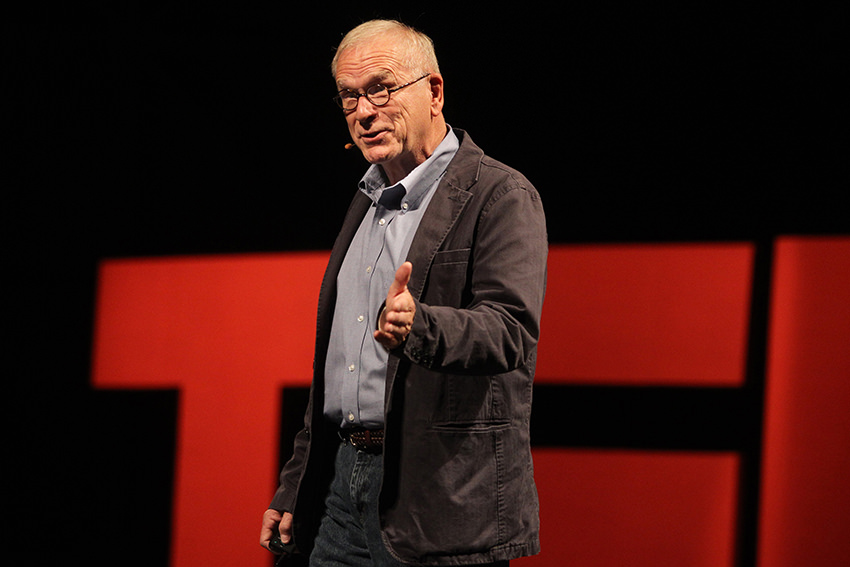 On October 20, Gene Poor, Ph.D. was recognized by his alma mater, Kent State University, with the 2017 Centennial Alumni Award. It’s a recognition that he said left him elated and humbled.

Professor Poor is the Hamilton Endowed Professor of Entrepreneurial Leadership and a BGSU Master Teacher. Earlier in 2017, BGSU honored him for 50 years of teaching – and he said he has no plans of stopping now.

His career is a series of superlatives. In 1975, he started BGSU’s Visual Communication Technology (VCT) Program. In 2004 he was awarded the prestigious BGSU Master Teacher Award, and in 2005, he created the University’s entrepreneurship minor.

Professor Poor earned his Bachelor of Science (’66) and Master of Education (’68) degrees from Kent State University.  In 1970, he came to BGSU, where he earned his doctorate in 1973.

Entrepreneurship has been a consistent theme in his professional and higher education careers, and he has been integral in the establishment and continued enthusiasm of entrepreneurship curricula within the College of Business.

“Students are living in the age of acceleration,” he explained. “The world of work will never be the same. Entrepreneurship will prepare them for the unknown future like no other activity.”

In discussing his dedication to educating successive generations, Poor said, “If I can inspire at least two to three people per class to dream big and think outside the box as I did, then I’ve done my job.”

He blends entrepreneurship, education and hard work into one piece of counsel he has shared with students, which also summarizes the achievements behind his award from Kent State University and his many successes at BGSU: “Take ownership of your future and embrace the notion of the startup of you."