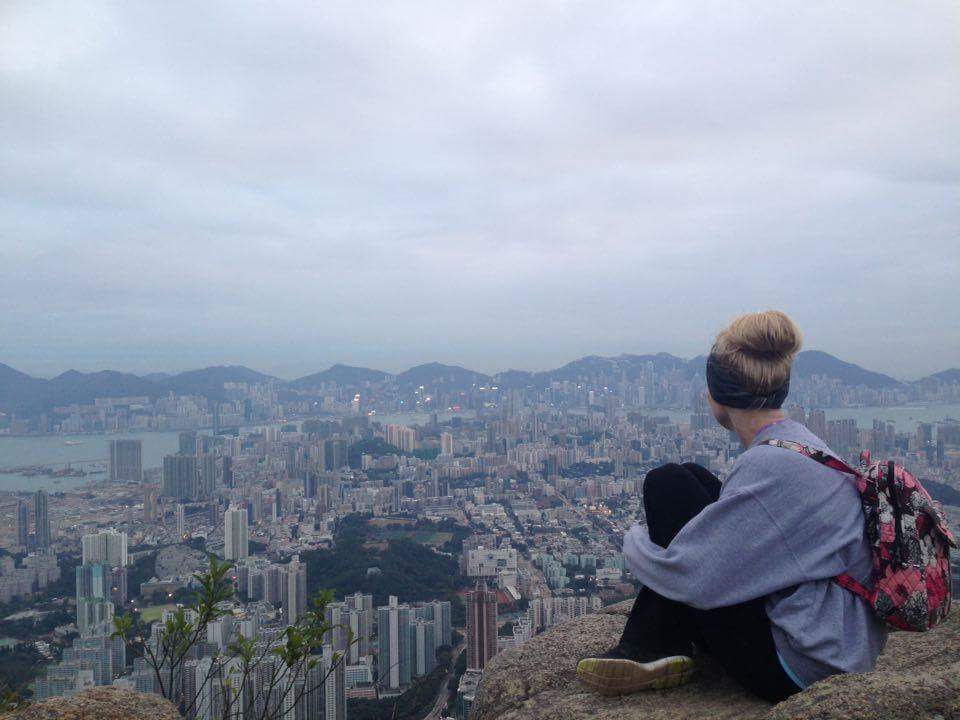 Sometimes, even when you do everything right, success is slow. But BGSU alumna Mackenzie Mullins ‘16, of Jackson, Ohio, found that if you refuse to give up, perseverance still wins.

As a student in the  College of Business, Mullins worked hard right from the start to make herself marketable to potential employers.

“All through high school, I knew I wanted to work at a Disney hotel as a career,” she said. “I chose  individualized business as my specialization at BGSU because I thought that would work well with my goals.”

The College of Business strongly recommends internships for its students, and Mullins was determined to secure internships that would help advance her career. She pursued opportunities at well-known hotels, focusing on hospitality and customer service to gain a broad understanding of serving customers from product delivery to resolving complaints.

Even as she focused on her goal of working in hospitality, Mullins kept her mind open to new possibilities. “I was surprised that, when I worked at Kalahari, supervising the housekeeping team was my favorite. I was able to resolve customers’ complaints on the spot, myself, and I liked that.”

Mullins knew that employers like to see students with experience in other cultures, so she spent the fall semester of her junior year at an education abroad program in  Hong Kong.

“I would encourage anyone and everyone to study abroad, but especially in Asia,” she said. “Europe is wonderful, but it doesn’t ‘pull you away’ like Asia. The culture is different. Even the alphabet is different.”

In Hong Kong, she studied global business, law and ethics to further develop her understanding of customer requirements.

Even before Mullins graduated in December, 2016, she was working hard at job-hunting. “I felt like I wanted to live someplace other than Ohio, but I had to be smart about it,” she said. “California and Vegas were too expensive; Chicago and New York were too cold. But I didn’t feel like I wanted one of my options to be moving back in with my parents.”

She decided on Orlando, Florida, for its cost of living and comfortable climate, and she applied to every management internship she could find before moving there. “I was accepted for a second internship with the Disney College Program, which I was grateful for, but it was an entry-level position and money was extremely tight."

Mullins accepted the job even though her earnings were barely enough to pay her bills.  “I thought I had done everything right: graduating with a good GPA, doing an education abroad semester, excelling in multiple internships. But I was getting nowhere,” she explained. “I learned very quickly that yes, I have a great resume, but so do a lot of other people.”

For three long months, Mullins kept her internship. Even as despair set in, “I just kept telling myself that I had to persevere.”

In April, a chance meeting sounded like a new opportunity. She met a man who was looking for an assistant for his destination management company, which works with royalty, dignitaries and VIPs to help them make the most of their travels.

It sounded interesting, but it also sounded like a departure from her long-held goal of working at a hotel. “At first I thought, no, I have to work in a hotel; that’s where I had my mind set. But I agreed to an interview with him, and by the time I left, I knew this was something I wanted to try.”

In Mullins’ new role, she worked with high-level clients on everything from personalized itineraries to exclusive tickets, transportation and other arrangements – including the hotel accommodations she had seen as her only choice.

Several months later, she said she’s happy she decided to try something new. “All through high school and college, I was very focused on my end goal, which is good, but taking this opportunity really forced me to step outside my comfort zone, and that’s good, too.”

Throughout her first few months after graduating from BGSU, Mullins said, she reminded herself of the lessons she learned here. “Every professor at the College of Business told me to take every chance and keep trying. I’m so glad I did just that.”