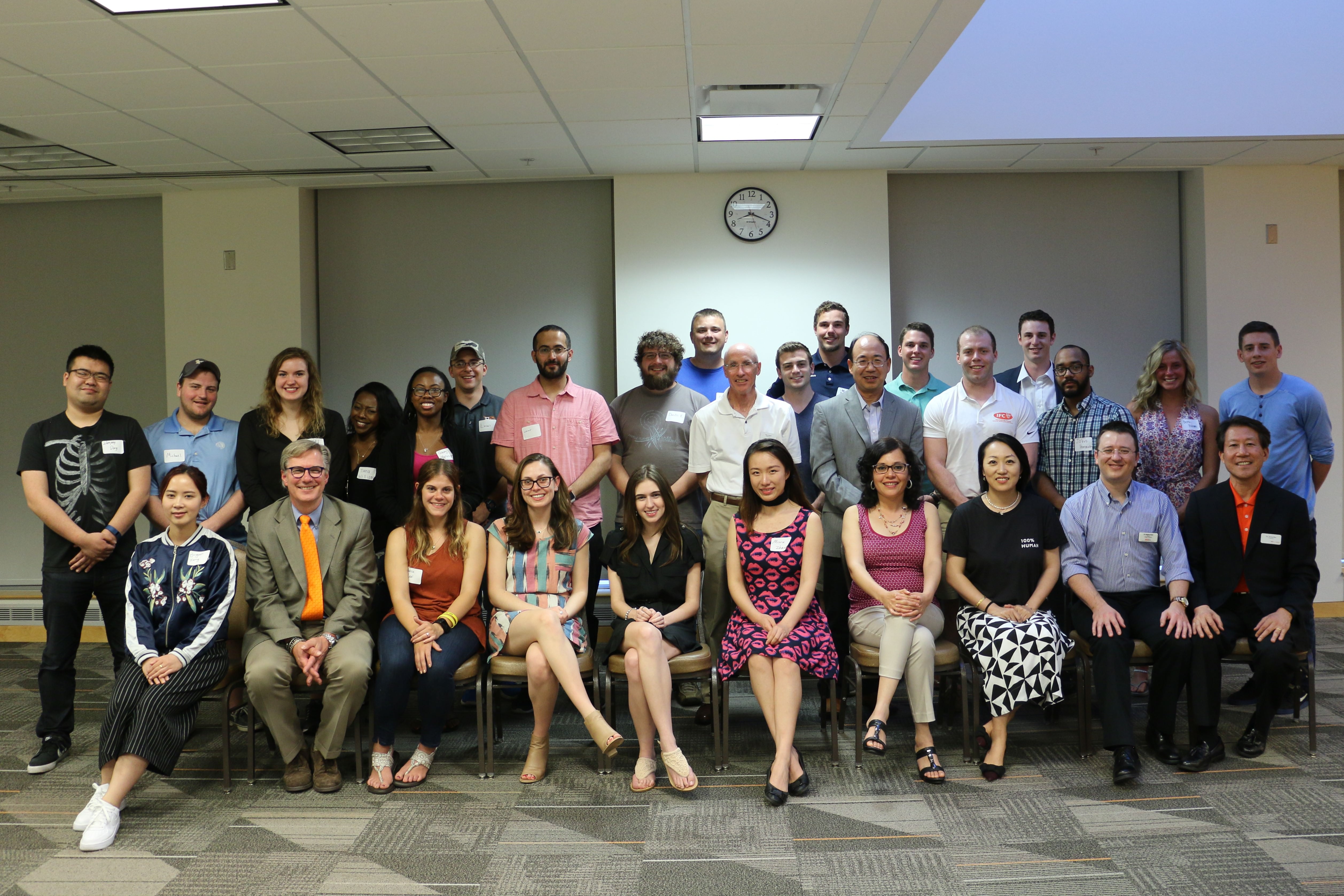 In April, the Department of Finance recognized three outstanding seniors: Joseph P. Sullivan, Tomas Sholl and Claire Nelson, selected through votes by the department’s faculty members. Sullivan and Sholl shared the Finance Graduating Senior Award, while Nelson earned the Insurance Graduating Senior Award. These awards are given to top finance and insurance graduating seniors based on academic performance and involvement in extracurricular activities.

Sholl was a part of BGSU’s Student-managed Fund in the fall of 2016, and he interned at First Financial Bancorp as a marketing intern. Additionally, he participated on BGSU’s men’s ice hockey team, where he was awarded the WCHA Scholar-Athlete Award for the 2014-2015, 2015-2016 and 2016-2017 seasons. He also served on the Student-Athlete Advisory Committee, which serves as a liaison between athletic teams and school administration.

Sullivan maintained a 3.95 GPA and was a member of BGSU’s Honors Program with an Honors GPA of 4.0. He worked as a corporate finance intern at Owens-Corning, Inc. Like Sholl, Sullivan was a student-athlete: a member of BGSU’s NCAA Division-1 soccer team where he was elected captain, was named Mid-American Conference Player of the Week and named a 2014 Mid-American Conference Distinguished Scholar Athlete.

Nelson was president of Gamma Iota Sigma, the international business fraternity for students of insurance, risk management and actuarial science, in addition to serving as a student representative for the BGSU Insurance Advisory Board. Beyond the College of Business, Nelson completed three internships, two with Hartford Steam Boiler as a corporate finance intern and as a corporate insurance intern, and one with The Hartford as a latent property damage claims intern.