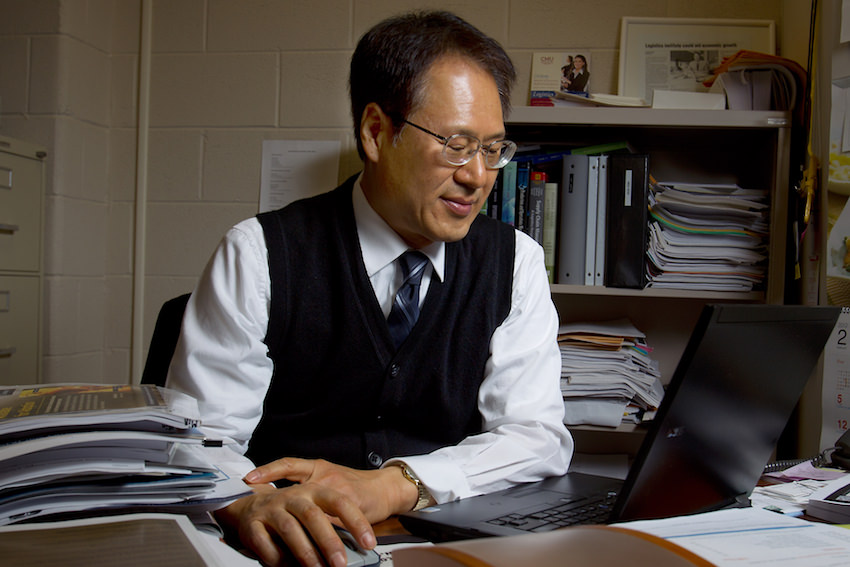 The average American spends about 100 hours each year driving to work – more time than the typical two-week vacation, according to U.S. Census Bureau reports.

Hokey Min, Ph.D., professor in the Department of Management, is studying how mass transit could influence this, along with commuter demographics, public/private partnerships to build and maintain infrastructure, and future trends in commuting.

“Everybody is affected by mass transit,” he said in describing his research which was funded by a grant from the U.S. Department of Transportation. “Even if you don’t use mass transit, it affects you through less traffic congestion, for example, that occurs when more people utilize those services instead of driving individual vehicles.”

Dr. Min is the James R. Good Chair of Global Supply Chain Strategy and one of the most-cited supply chain management authors in the world.

His research started with Ohio and expanded to all of the U.S.; one of the surprises, he said, is that in terms of efficiency and revenue, Hawaii was the most efficient mass transit provider. Other regional differences he noted were the type of mass transit used in different regions; California, for example, uses carpooling and vanpooling, while New York and Washington D.C. use commuter trains and subways.

To many Americans, though, the most critical aspect of mass transit is its economic value. “It’s essential for people who depend on it. They may not own their own vehicle, or their vehicle may be too expensive to operate or pay for parking.”

When companies in the private sector work together with government agencies to offer mass transit networks, Dr. Min determined, the results are more comprehensive and more efficient than if either entity worked alone.

But mass transit is not as simple as “build it and they will come.” One of the biggest factors affecting mass transit use is urban sprawl.

Although it may seem that providing mass transit to suburban areas would offer simple and obvious benefits, “in suburban areas, residents’ incomes tend to be higher, and they are accustomed to driving their own vehicles, so they tend to use mass transit less even when it is more available.”

Dr. Min said he would love to explore two other aspects of mass transit: environmental issues through decreased emissions and smaller carbon footprints, and potential employee productivity while using mass transit versus devoting full energy to operating an individual vehicle.

These factors are likely to gain more attention as the demographics of the American workforce change. The U.S. Census Bureau reports that workers ages 25-29 use automobiles less than older employees, opting for mass transit when it is available – and making Dr. Min’s research even more valuable.