Step Out to Step Up: Strategies for distinguishing yourself to advancement

THE 2017 CONFERENCE IS COMPLETELY SOLD OUT

BGSU and UT co-present the 2017 Women in Leadership Conference 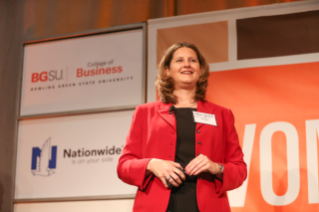 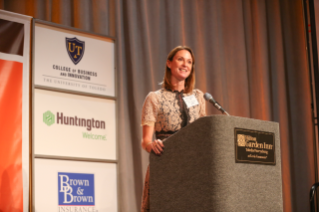 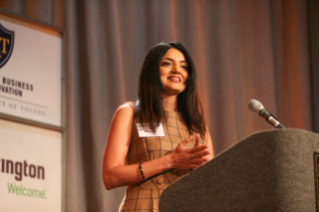 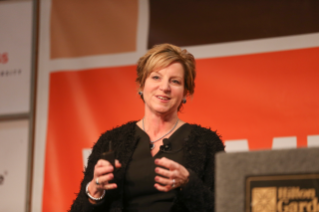 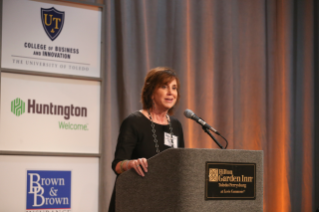 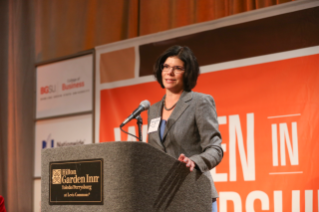 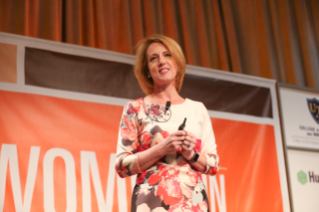 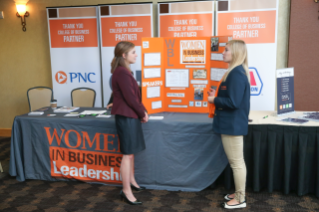 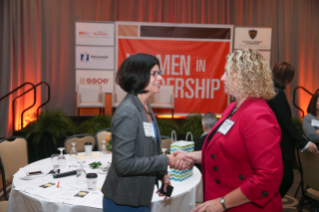 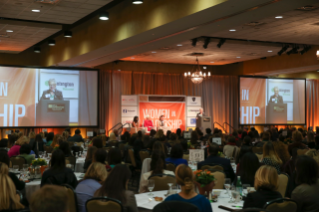 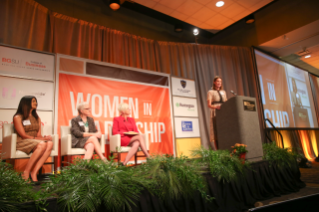 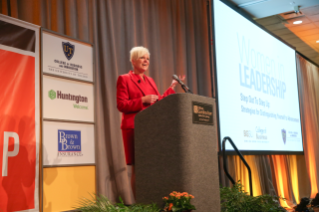 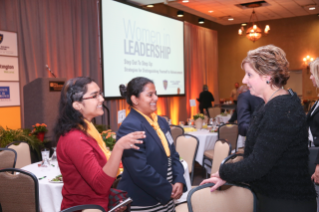 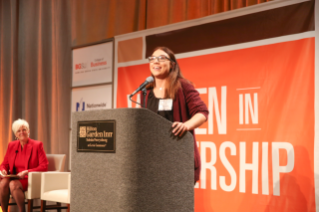 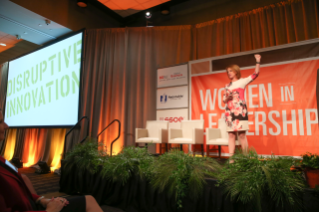 She won the Distinguished Presenter Award at the Brown & Brown Senior Financial Leadership Presentation meeting and was also the recipient of the “Vision to Value” award during her time at the Newport Group.

Bhandair is a CPA, licensed in the state of Iowa where she earned her MBA from Maharishi University of Management in Fairfield, Iowa. She holds a Master of Taxation degree from Florida Atlantic University and a Bachelor of Commerce with Honors from Delhi University in India. Bhandair also holds the Chartered Global Management Accountant (CGMA) designation and is currently working towards her Certified Equity Professional (CEP) designation. She is a member of the American Institute of CPAs and the National Association of Stock Plan Professionals. 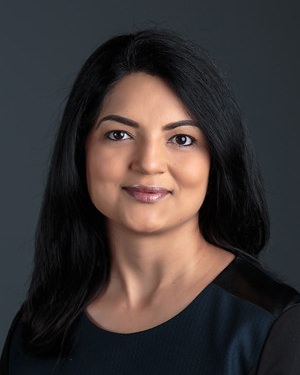 Kelly Hyne is a 23 year veteran in the sports business world having held various positions in the professional golf industry, the last 15 years as an executive with the Ladies Professional Golf Association (LPGA).

Throughout her career, Hyne has managed various professional tournaments across seven states, including The Solheim Cup as tournament director, before accepting a senior leadership role at the LPGA in 2009 at its Daytona Beach headquarters.  Hyne has worked in all major functions of the business, including sales & marketing, operations, public relations and finance, and secured partnerships with numerous Fortune 500 corporations.

For Hyne, the most gratifying aspect of her job is bringing new partners into the LPGA family and nurturing these relationships to help the LPGA and its tour professionals, teachers and girls golf members grow. She now oversees all business development, corporate partnerships, research, merchandise and licensing for the LPGA on a global scale.

Hyne is a proud BGSU alumna, earning a Bachelor of Education in Sport Management in 1993. Followed by a Masters in Communications from the University of Arkansas in 1995.

In 2016, Sports Business Journal honored Hyne as one of 35 national ‘Game Changers’ for having a major impact on sports business. Hyne serves on the national board of the Executive Women’s Golf Association (EWGA) and the BGSU sport management and sport administration alumni advisory board. 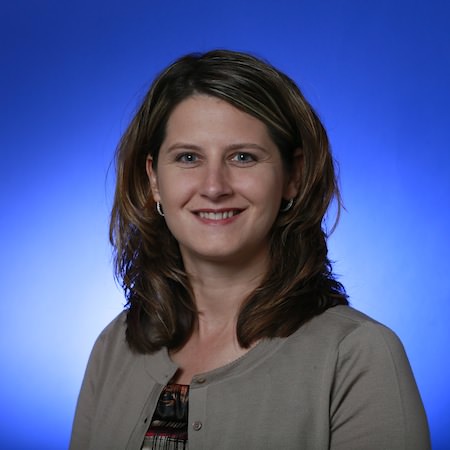 Whitney Johnson was recognized as one of the world's most influential management thinkers in 2015, and was a finalist for the top t​hinker on talent at the biennial Thinkers50 ceremony in London. She is best known for her work on driving corporate innovation through personal disruption. She is formerly an institutional investor-ranked analyst for eight consecutive years, at Merrill Lynch, and is the former president and co-founder of a boutique investment firm with Harvard Business School’s Clayton Christensen.

Johnson is the author of the critically-acclaimed “Disrupt Yourself: Putting the Power of Disruptive Innovation to Work,” one of Inc. Magazines Top 100 Business Books in 2015, and hosts the bi-weekly Disrupt Yourself podcast. She is a frequent contributor to the Harvard Business Review, a LinkedInfluencer, co-founder of Forty Women over 40 to Watch, and was named one of Fortune's 55 Women to Follow on Twitter in 2014. 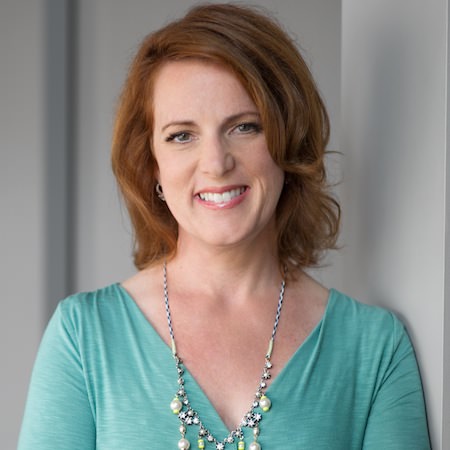 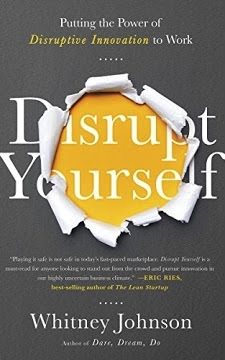 Early in 2002, Debby Peters was asked to bring a Word of Mouth Marketing Course to Northwest Ohio. She figured it would be a nice addition to her already successful sales training business. Little did she know how complex the subject would be and how much it would take over her life. The sales training business got bumped to the side and the new business gained all her energy.

At the end of 2009, she realized that it was time to take the knowledge and expertise she had gained about Word of Mouth Marketing over seven years and produce an updated and evolved course. Several months later, a draft of the new course material was ready for piloting. The feedback from this first class was positive. What she found out was that writing the new manual was easier than naming the new company, but finally after many, many attempts Connext Nation was born. As a result of Peters’ commitment, almost 800 people had completed the course at the end of 2016. 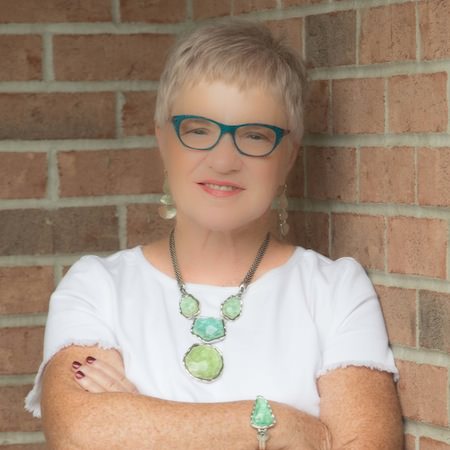 Aly Sterling is an accomplished speaker, active board member and proud leader of Aly Sterling Philanthropy, a national consulting firm based in the Midwest. Her expertise includes fundraising, strategic planning, search consultation and board leadership development for organizations of varying sizes and capacities.

Sterling's workshops and keynote presentations have been featured at meetings of the National School Foundation Association, the Association of Fundraising Professionals, the Indiana Philanthropy Alliance, Boys & Girls Clubs of America and community foundations throughout the Midwest. She has also contributed to Board Member, the official publication of BoardSource.

Sterling is an alumni of Leadership Toledo, a recipient of the “20 Under 40” award and a Women in Communications Crystal Award winner. She holds a master’s degree from the University of Toledo and is a fellowship graduate of the executive leadership program at Case Western Reserve University’s Weatherhead School of Management. She teaches courses in fundraising and nonprofit management at the university level.

Under Sterling’s leadership, Aly Sterling Philanthropy earned membership in 2015 to the Giving Institute, a highly respected and exclusive professional organization for nonprofit consultants.

Aly currently serves on the board of trustees for Advocating Opportunity, an organization formed to stop human trafficking. She has served as president of the Northwest Ohio chapter of the Association of Fundraising Professionals and has belonged to the boards of St. Ursula Academy, the Arts Commission of Greater Toledo, Leadership Toledo and David’s House. 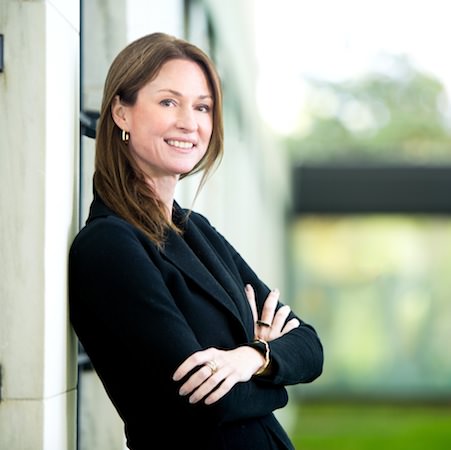 Maryrose Sylvester is president and CEO of Current—a first-of-its kind startup within the walls of GE that blends advanced energy technologies like LED and solar with networked sensors and software. Backed by GE’s industrial strength Predix platform, Current works with a broad ecosystem of development partners to make commercial buildings and industrial facilities more energy efficient and productive.

Prior to her role at Current, Sylvester served as president & CEO of GE Lighting where she led more than 12,000 employees from one of GE’s most iconic businesses in an exciting global transformation as world markets shifted toward energy-efficient lighting solutions. Before joining Lighting, Sylvester was President and CEO of GE Intelligent Platforms—GE’s high-tech global provider of software, hardware, services and expertise in automation, operations management and embedded computing, serving the energy, water, oil and gas, manufacturing, government and telecommunications industries.

Sylvester began her GE career in 1987 as an intern at GE Motors in Ft. Wayne, Indiana. She then joined GE Lighting in 1988 in the sourcing operation. Along the way, she held positions of increasing responsibility, such as director of sourcing for GE Lighting Europe, based in Budapest, Hungary, and in 1997, as general manager of Worldwide Sourcing for the business, based in Cleveland. Sylvester also served as general manager for Global High Intensity Discharge (HID) before being named president and CEO of GE Lighting Systems in Hendersonville, North Carolina, in 2000. She was then named president of the former GE Quartz in 2002, followed by the CEO roles with GE Intelligent Platforms in 2006 and GE Lighting in 2011 respectively.

Sylvester is a member of GE's Corporate Executive Council, GE’s Commercial Council and she was instrumental in helping to launch the GE Women’s Network. She is a former chairman of the board of Governors for the National Electrical Manufacturers Association, and she serves on the board for Harley-Davidson, as well as the Foundation Fighting Blindness. 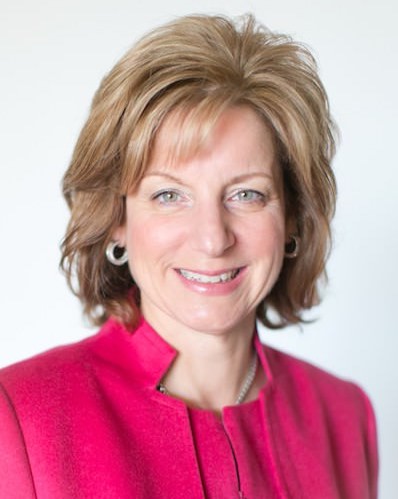