Research for the Public Good: Beyond Hurricane Property Destruction, Dr. Cook Examines the Devastation to Children’s Education in Haiti

The decimation as a result of Hurricane Dorian in the Bahamas is still fresh in our minds. Over the past decade, the Caribbean has seen its share of more intense hurricanes. Back in 2016, Hurricane Matthew stormed through Haiti and left more than property destruction. It prevented children from staying in school which perpetuates the vicious cycle of poverty.

Dr. Amanda Cook, an assistant economic professor, collaborated with Donovan Beachy when he was a graduate student majoring in financial economics at Bowling Green State University, on an article about hurricane effects. The pair wanted to study the “softer” metrics such as how major disasters, like a hurricane, affected children’s education, more specifically their school attendance. Their article, “The Impact of Hurricane Matthew on School Attendance: An Analysis from Rural Haiti,” was published in the International Journal of Environmental Research and Public Health in December 2018. 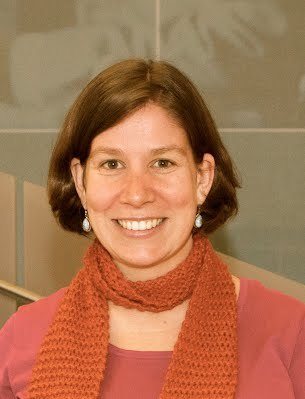 Dr. Cook chose Haiti to study because she spent two years there teaching math at an international school and volunteering at a women’s cooperative in an impoverished area before returning to the U.S. to earn her Ph.D. in economics.

In their article, Dr. Cook and Beachy wrote that in developed countries, displaced residents tend to migrate to other areas and receive extensive assistance from the government to rebuild. “In developing countries,” according to their article, “the likelihood of substantial government intervention is reduced. With limited governmental assistance, low socioeconomic-status individuals are more likely to remain in the same community after a storm, with fewer options for recovery.”

Dr. Cook and Beachy looked at school attendance in the agricultural community of Dessab, Haiti. They used a novel data set—a survey of parents—to determine why their children stopped attending school. In their sample of nearly 100 children, almost half of the children enrolled in school stopped attending because of the hurricane and its devastating financial impact. No parent reported that their child left school because of illness or injury.

Dr. Cook and Beach concluded that “it is important to consider how natural disasters create a cycle of poverty. Disasters have a significant impact on some communities because of low levels of education, then the disaster itself causes students to leave school, which intensifies the problem. Breaking this cycle will be an important key in reconciling the perpetual poverty in which some countries find themselves.”

The authors recommend that because of global climate change and the possibility of more hurricanes, we should consider not only the direct impact these increased natural disasters have now, but also the effect they will have for future generations.

It should be noted that Dr. Cook was presented the BGSU President’s Award for Collaborative Research and Creative Work or her research with a BGSU graduate student.