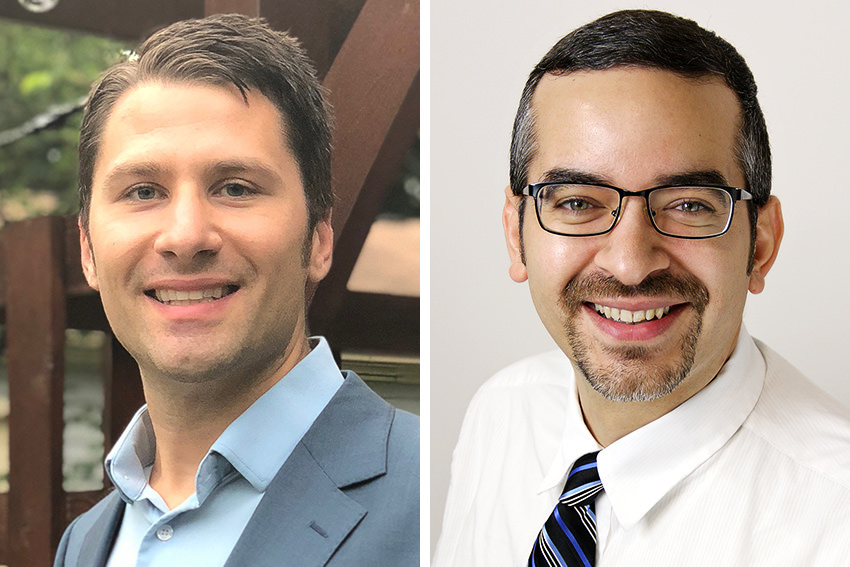 When recent Bowling Green State University graduates John Michalak and Chris Shope earned their master's degrees in May 2018, they had no idea that, just weeks later, they'd already have a new title: world champions.

The BGSU Executive Master of Business Administration (EMBA) graduates won the Grand Champion award for their performance in the Best-Strategy Invitational (BSI), a global competition among high-performing Business Strategy Game (BSG) companies from around the world.

Michalak and Shope qualified for the competition after winning a business simulation strategy game in the EMBA capstone course taught by Dr. David Dobrzykowski, associate professor of management and director of BGSU's Supply Chain Institute . The week before commencement, the pair received an invitation to compete in the BSG Best-Strategy Invitational for May 2018.

More than 100 teams from universities around the world competed in the two-week challenge. Teams were tasked with running a fictional company in a high-stakes business simulation. They competed remotely, with daily calls focused on a variety of topics including financing, sales forecasting and marketing strategy.

Michalak and Shope worked together as a team representing BGSU, competing directly against eight other universities. Following May commencement, they learned they took first place.

"When I realized we won, I was ecstatic! There's no better feeling than working hard and having it pay off," Shope said.

Michalak, a technical sales engineer at LafargeHolcim, and Shope, a business development manager at Dreamscape Media LLC, balanced full-time jobs and travel during the competition. They set up nightly calls to review the day's simulation and predict competitors' actions.

Michalak was returning home from a business trip and received the results mid-flight. "To say I was excited would be a huge understatement," he said. "Chris and I worked so hard on this, and I immediately put my arm in the air and clenched my fist. The guy sitting next to me on the plane thought I was nuts!"

This is the first time BGSU students have competed in the international challenge.

Michalak and Shope credit the EMBA program for their recent success, both in the competition and their professional careers.

"I want to be the best leader I can be so I can make valuable contributions to my collaborations with other people," Shope said. "My newfound knowledge of business strategy has helped me increase revenue at my company, and I want to continue doing more of that."