From Puerto Rico to Bowling Green, a big transition but with outstanding educational rewards 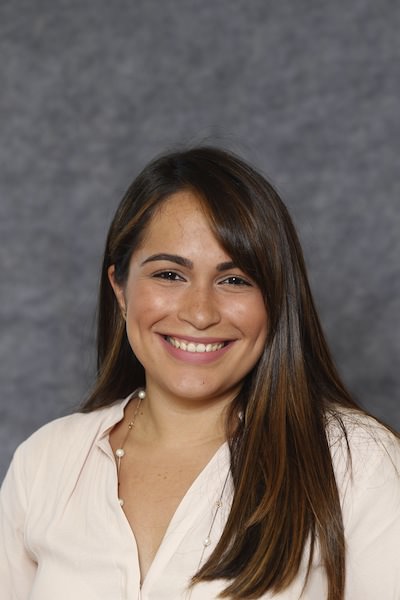 Bowling Green State University’s commitment to recruiting the best and brightest graduate accounting students has been demonstrated through partnerships with the University of Puerto Rico (UPR), Heidelberg University, Bluffton University, and Siena Heights University. These partnerships allow undergraduate accounting students at these respective universities to continue their education at a highly-recognized university through a BGSU Master of Accountancy (MAcc) Scholarship which awards a full tuition waiver and a graduate assistant (GA) stipend to a selected student. Partial tuition waivers and GA stipends are offered to those qualified students not selected.

These universities have one thing in common -  they do not offer their undergraduate students a Master’s in Accountancy;  however BGSU saw the opportunity to assist students, so they created partnerships with the four universities to offer their students the chance to continue their accounting education at BGSU.

The  UPR partnership with BGSU was formed with the support of Dr. Alan Lord, a former BGSU accounting professor and Fulbright Scholar, while he was a faculty member at the UPR. Dr. Ken Snead, director of BGSU’s Graduate Studies in Accounting, states that fourteen students in the last three years have benefited from this UPR partnership. According to Snead, what BGSU loves most about the students from the UPR is their intelligence and their strong work ethic. This partnership has continued to grow through the years since he consistently visits the campus of the partner schools at least once a year to keep the connection with administrators, faculty, and students.

This year I am one of those students who is benefitting from the partnership. I was born and raised in Bayamón, Puerto Rico. I received my undergraduate degree from the UPR this past June. You may be wondering how a girl from Puerto Rico decided to come to Bowling Green, Ohio, to pursue her MAcc. 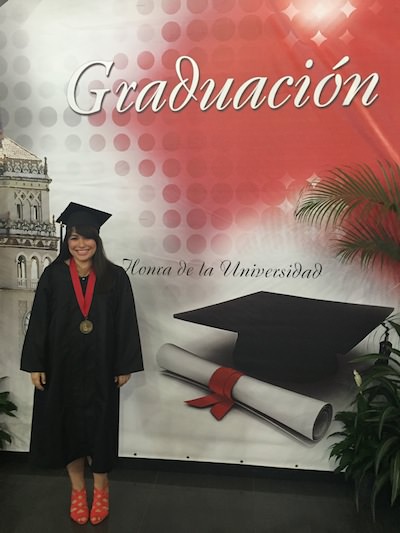 The story is pretty simple…while I was pursuing my undergraduate degree in accounting at the UPR, I had the privilege of taking an assurance class with Dr. Lord. He was the one that first spoke to me about the opportunity of enrolling at BGSU and pursuing my master’s. What interested me the most was the fact that BGSU offered the Information Systems Auditing and Control (ISAC) track within the MAcc program, and this had been a specialty that I had considered in pursuing.

Also, since the UPR and BGSU have a partnership, they offered a full tuition waiver to one lucky student. So after taking into consideration all that BGSU had to offer, my friend Ingrid Almodóvar and I decided to apply. A couple of months later, I was accepted into the program and at the end the year, I was notified that I had been selected as the student to be awarded the scholarship. This basically confirmed that I was going to BGSU!

The day I stepped foot onto campus I knew this was going to be a year to remember. An aspect of Bowling Green I really enjoy is that I love the small town feel. Everybody here is a college student, and it’s endearing to just walk around and feel safe because of the fact that most of the population within Bowling Green are students. Throughout my first week here at BGSU, I quickly learned that people were very welcoming. Even though I consider myself a very shy person, I can say that people within my cohort are extremely nice.

I’ve also had the pleasure to talk to some of the administrative staff within the College of Business, and I love the fact that they are always so willing to help you out.

People ask me what are the differences between Ohio and Puerto Rico and at first I didn’t know what to say, but now that it’s been two months since I moved to Ohio, I can say that I’ve identified a set of differences.

First off, the weather is different here than in Puerto Rico. In the Caribbean it’s always really hot outside and really humid, whereas in Ohio, the weather just shifts constantly. It can be 65 one day and 80 the next.

Secondly, the culture. The people in Puerto Rico are extremely loud, and affectionate. Even though people in Ohio are really nice, they have a more shy nature to their socialization.

Thirdly, the typical foods in Puerto Rico involve rice, beans, chicken, pork, “mofongo”, “carne frita”, “amarillos”, “arroz con gandules.” In Ohio, it’s pretty much burgers, fries, hotdogs and wings. Both are really delicious, but you can’t blame me for being biased and saying that Puerto Rican food is better.

Lastly, the language. The fact that my first language is Spanish has forced me to just step out of my comfort zone and engage in conversations in English most of the time. This has helped me improve my English speaking skills, but it has been a challenge since I sometimes find myself blurting a word in Spanish and everybody looks at me like “What did you just say?”. The way I’ve adapted to all of these changes is that I take it one day at a time and appreciate every little thing.

I’ve come to understand and learn about the differences of weather, culture, food, and the language that had been presented to me throughout these last couple of months. I’ve also managed by trying new things I’ve never done like: experiencing a football game, going outside and experiencing the fall season, and engaging in conversations with my classmates to get to know them better. This doesn’t mean I don’t miss Puerto Rico, but it has made it easier to adapt to Bowling Green and it’s an astounding university.

One of the things that has helped make my transition easier is the fact that I did not come here alone, since I had one of my long time friends, Ingrid Almodóvar, and UPR colleagues, Melissa Lugo and Alice Abboud come along with me for this journey. I interviewed Ingrid to ask her about her experience of coming to Bowling Green.

After arriving on campus, Ingrid also noted that people were very reserved, quiet, and nice. This contrasted with the people in Puerto Rico as they are usually very loud, affectionate and greet you with hugs and kisses. She stressed that meeting new people has been great, and she loves the fact that people get excited when they learn she’s from Puerto Rico and as a result they want to learn more about her and where she comes from. This transition has challenged her as well, particularly about speaking English full-time, the weather, and the food.

Even though our experience has been challenging, the end result has been extremely rewarding. This transition has also made us both appreciate Puerto Rico and its qualities but has also taught us that every place has something particular to offer. In the case of Bowling Green and its outstanding university, it has been the professors, the people, and the sense that we are going to grow not only on the personal level, but as professionals as well. We both feel that it is a blessing to be studying here because BGSU views their students as a priority. The fact that recruiters come to BGSU looking for students has definitely impacted us both, and the Business Career Accelerator office dedicated just to the College of Business has also made us realize that coming to BGSU will not only prepare us to excel, but will ultimately provide us with the opportunity to graduate with a full-time job. I don’t know about you, but I consider this to be a win-win for all of us.