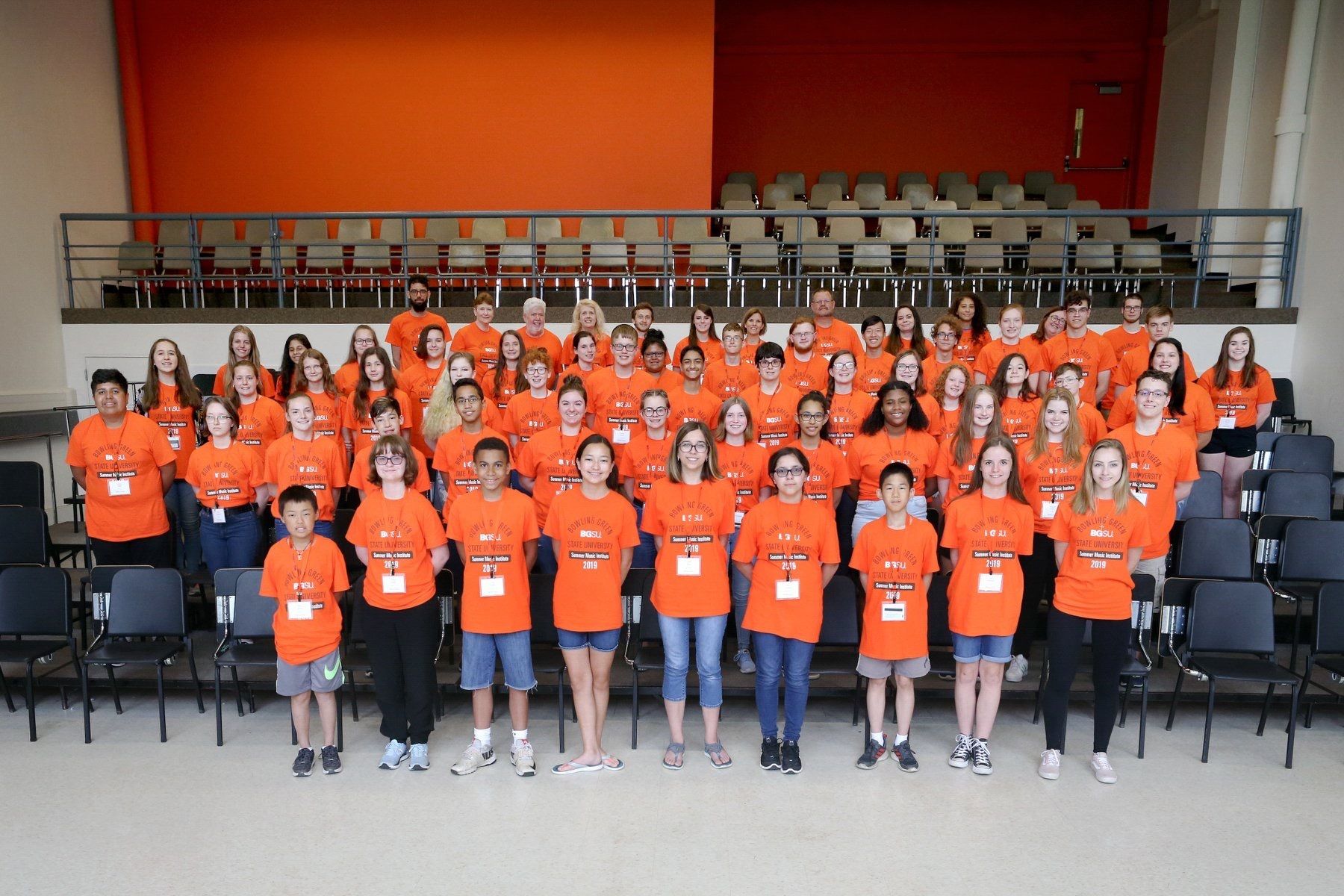 Are you a string student looking for a challenging atmosphere where you can have fun and improve your skills? Join us this summer for the SMI String Camp at BGSU and meet many string players just like you! As a violin, viola, cello or bass player, you will receive individual guidance from our talented faculty and guests. Each student is assigned to one of two chamber orchestras, one for intermediate and one for advanced students. A typical day includes rehearsals and coaching of small ensembles, improvisation, an individual lesson, technique classes, performances by faculty and staff, and recreation time. Students will have the opportunity to perform in the final orchestra concert and/or with smaller ensembles.

String camp is designed for students aged 12-18 with at least one year of middle school and/or high school string instruction. For any exceptions, please contact the director of the camp.

Scholarships are available to help defray the cost of the camp. Please check the Scholarships page for complete information.

Described by the Chicago Sun Times as “…riveting and insightful, who lights up in passages of violin pyrotechnics,” Caroline Eva Chin has concertized throughout the United States, Europe, and Asia in concert halls including the John F. Kennedy Center, the White House during their Christmas Festivities, New York’s Carnegie and Weill Halls, and the Concertgebeau in Amsterdam. She gave her solo debut at age 12 and has since performed with several orchestras throughout the United States.

While on tour, she has given master classes at universities and colleges throughout the U.S. including Ohio University, University of Tennessee, Shenandoah College, and Brooklyn College. Ms. Chin has toured the US and Japan with tap dancer Savion Glover and performed and recorded as leader of SONYC and concertmaster of the Paragon Ragtime Orchestra. As the Artistic Director of Musica Reginae from 2007-2011, she worked to bring high quality music performances to the ethnically diverse communities of Queens.

Since making his New York solo recital debut in Carnegie Hall as the winner of the Artists International Competition, Matthew Daline has performed worldwide as a chamber musician and viola soloist. He received the Bachelor of Music degree from The Juilliard School where he served as Teaching Assistant, and the Master of Music degree at Yale University. While pursuing the Doctor of Musical Arts at The State University of New York, Daline served as a Teaching Assistant for the Department of Music. Prior to his appointment as Associate Professor of Viola at Bowling Green State University, Ohio, he has served as Assistant Professor of Viola at Louisiana State University (2006- 2011). Professor Daline performs at music festivals such as The Banff Center (Canada), The Montecito Music Festival (California, USA), Spoleto Festival (Italy), Green Mountain Chamber Music Festival (Vermont, USA), Brazilian Virtuosi (Recife, Brazil), The Washington International Music Festival (WA, USA), and has held viola master classes and lectures at Yale University, The Juilliard School, The University of Michigan, Yonsei University (Korea), Conservatory of Music "George Enescu” (Romania), National Conservatory of Music (Costa Rica), and the Central Conservatory of China, Beijing. Matthew Daline has recently performed and recorded world premiers of new works on the Mark Masters, and MSR Classics labels, and frequently lectures on technology and new music. Mr. Daline performs on a Brescian viola circa 1560.

Penny Thompson Kruse, professor of violin, has performed extensively as a soloist, orchestral and chamber musician. Prior to her BGSU appointment in 2000, Kruse was on the faculty of William Jewell College in Liberty, Missouri, for eight years. For five seasons she was a member of the Kansas City Symphony, serving as associate concertmaster during the 1989-90 season. Currently she performs with her husband, violist Steven Kruse as the Kruse Duo and with violinist Ioana Galu as Treble Trouble.

She has performed in numerous music festivals, including the Colorado, Peninsula, Spoleto and Grand Teton. As first violinist of the Escher Quartet, she was an artist-in-residence at Music at Penn's Woods at Pennsylvania State University. Currently, Dr. Kruse serves as a member of the violin faculty at Eastern Music Festival in Greensboro, North Carolina. As a member of the International Women's String Quartet, she performed at the 2002 National Women's Day in Hanoi, Vietnam, as well as presented master classes and recitals in Tainan, Taiwan and Hanoi. She has performed in the American Romanian Festival with concerts in the U.S. and in Timisoara, Romania, as well as the Romanian American Festival sponsored by the Foundation "Societatea de Concerte Bistrita,” giving concerts in Bistrita and Cluj, Romania. In March 2011, Kruse appeared with the Counterpoint Ensemble in Kaohsiung, Taiwan.

Trained at Northwestern and Yale Universities and earning a D.M.A. in violin performance from the University of Missouri—Kansas City, Conservatory of Music and Dance, Dr. Kruse has co-authored articles in American String Teacher, the Strad and Journal of the American Viola Society with her husband, Steven Kruse. In 2001, Dr. Kruse was named Professor of the Year by the BGSU students of Ashley/Batchelder Residence Halls. In 2008, she received the Pro Musica Award for Exceptional Service to the students of BGSU.

Cellist Brian Snow has earned a reputation as a gifted and versatile performer in chamber music, orchestral, and solo settings. Praised by the Boston Globe for his “…pugnacious, eloquent, self-assurance…”, he spent the past decade pursuing a varied performing and teaching career in the New York City area until accepting the position this Fall as Assistant Professor of Cello at BGSU. In addition to being a member of the NYC-based ensembles Newspeak, OMNI Ensemble, and Trio Chimera, Dr. Snow has performed and recorded with a variety of artists, including Meredith Monk, The National, Max Richter, My Brightest Diamond, Ratatat, Björk, and the Emerson String Quartet and has worked closely with composers including Nico Muhly, David T. Little, and Martin Bresnick, premiering dozens of new works. Along with violinist Caroline Chin, he recently released a CD of music for violin and cello by Elliott Carter on Centaur Records which was included in new music blog Sequenza 21’s list of “most memorable recordings of 2013.” He has also appeared on recordings on New Amsterdam, Innova, Deutche Gramophon, Cantaloupe, and Naxos labels. He has performed at many well-known venues in New York and around the world, including Carnegie Hall, Alice Tully Hall, Bargemusic, Issue Project Room, 92nd St. Y, Muziekgebouw in Amsterdam, and Suntory Hall in Tokyo, Japan. As principal cellist of New York Symphonic Ensemble, Dr. Snow has performed in halls throughout Japan on that ensemble's annual tours and has appeared as soloist at halls in Fukuoka and Sendai. Other concerto appearances include Riverside Orchestra in New York, Longy Chamber Orchestra in Boston as winner of the Longy Concerto Soloists Competition, Crescent City Symphony in New Orleans, and the Hartt Symphony as first prize winner of the Paranov Competition. He also performs regularly with many prominent contemporary music ensembles, including ACME, Alarm Will Sound, SEM Ensemble, Da Capo Chamber Players, and Talea Ensemble. Upcoming projects include the premiere of Tocsin by Patrick Higgins for 2 cellos and piano along with cellist Mariel Roberts and pianist Vicky Chow and the premiere of Nine Sins for solo cello and electronics by David T. Little. In the 2016-2017 season, Dr. Snow will appear in recital at Sam Houston State University, Florida State University, as well as BGSU and the Toledo Museum of Art as part of BGSU's Faculty Artist Series.
Dr. Snow received a Doctorate in Music from Stony Brook University, a MM from Yale, and also holds degrees from Hartt and Longy Schools of Music. His primary mentors have included Terry King, Aldo Parisot, David Finckel, and Colin Carr.
Prior to his appointment at BGSU, Dr. Snow served on the cello and chamber music faculty at Western Connecticut State University, was cello instructor and chamber music coordinator at Brooklyn Conservatory of Music, and was an Affiliate Artist and instructor at Sarah Lawrence College. 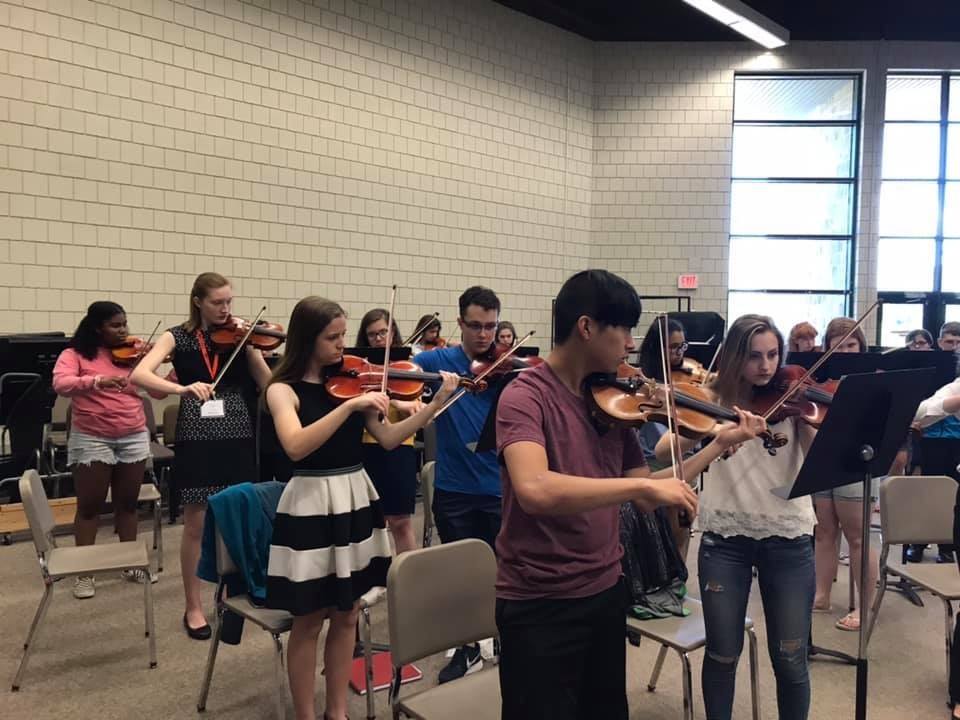 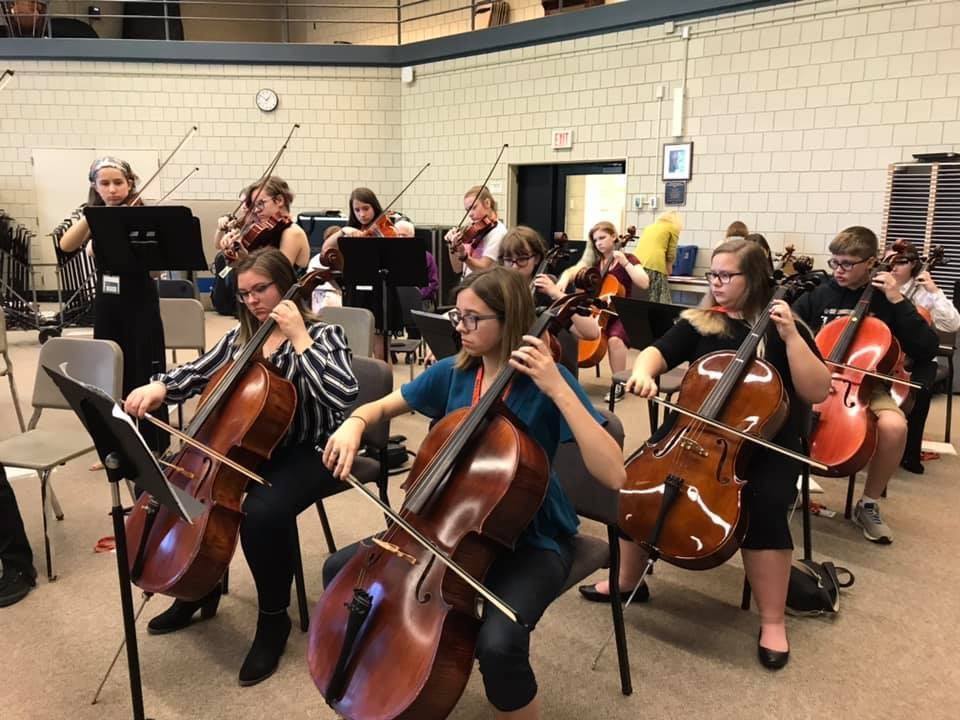 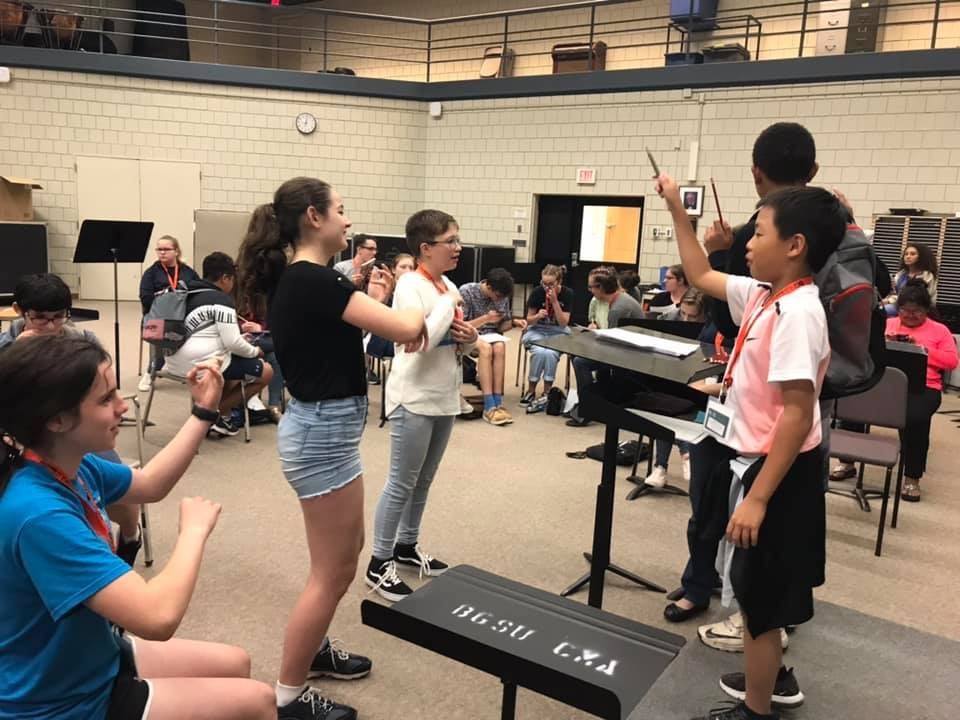 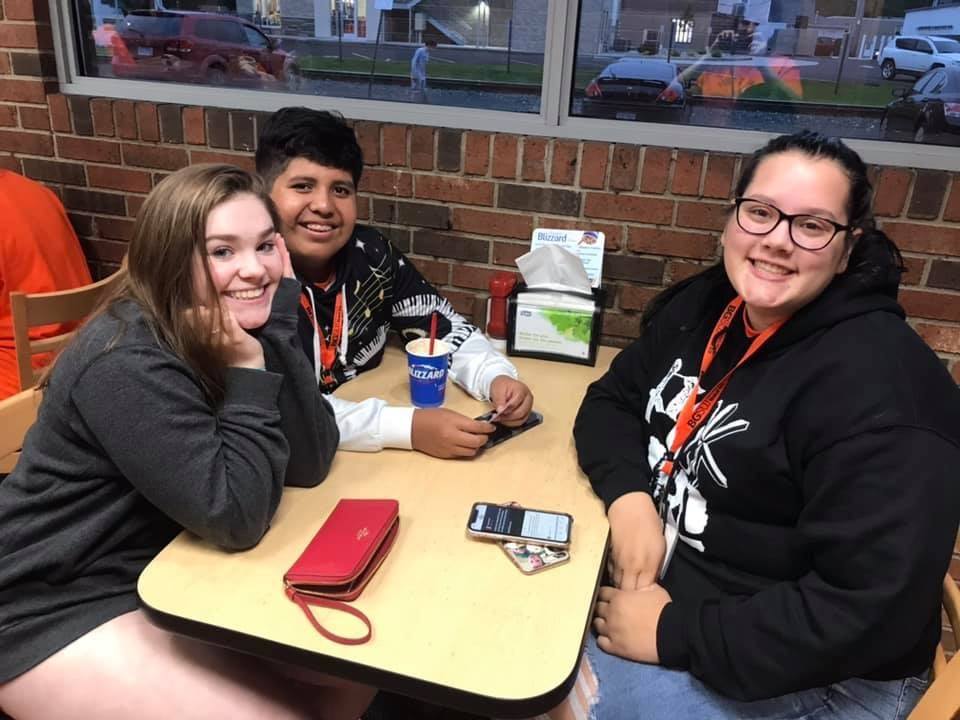 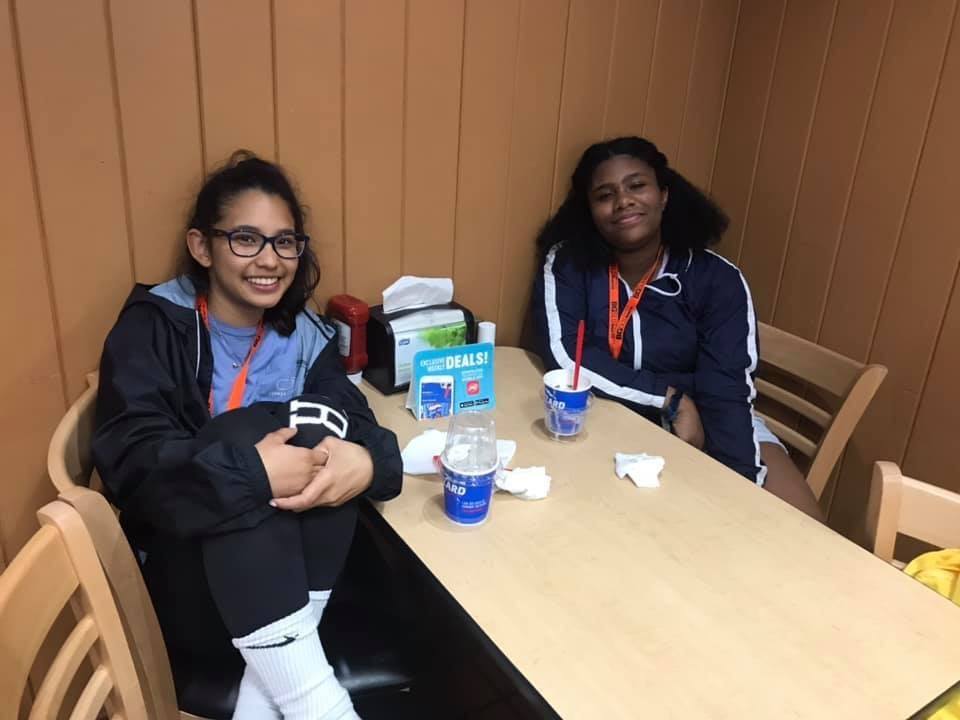 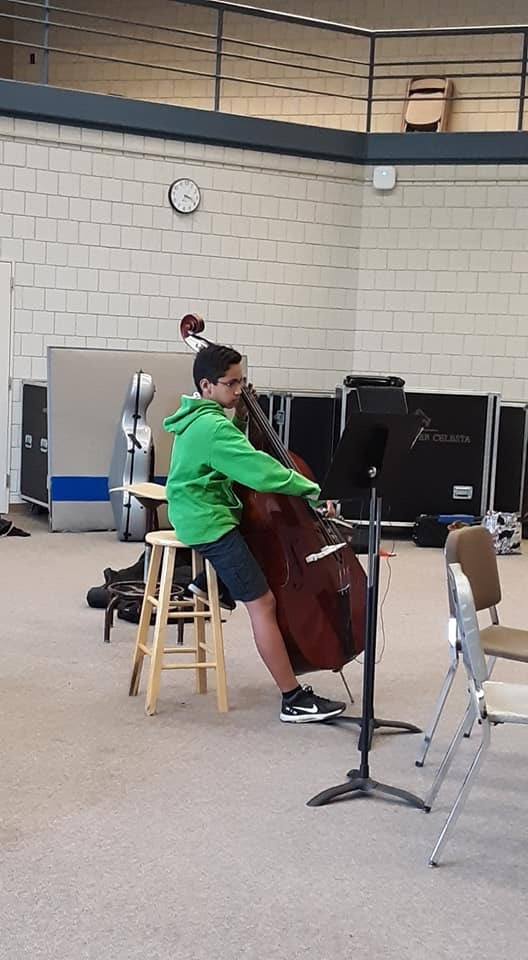 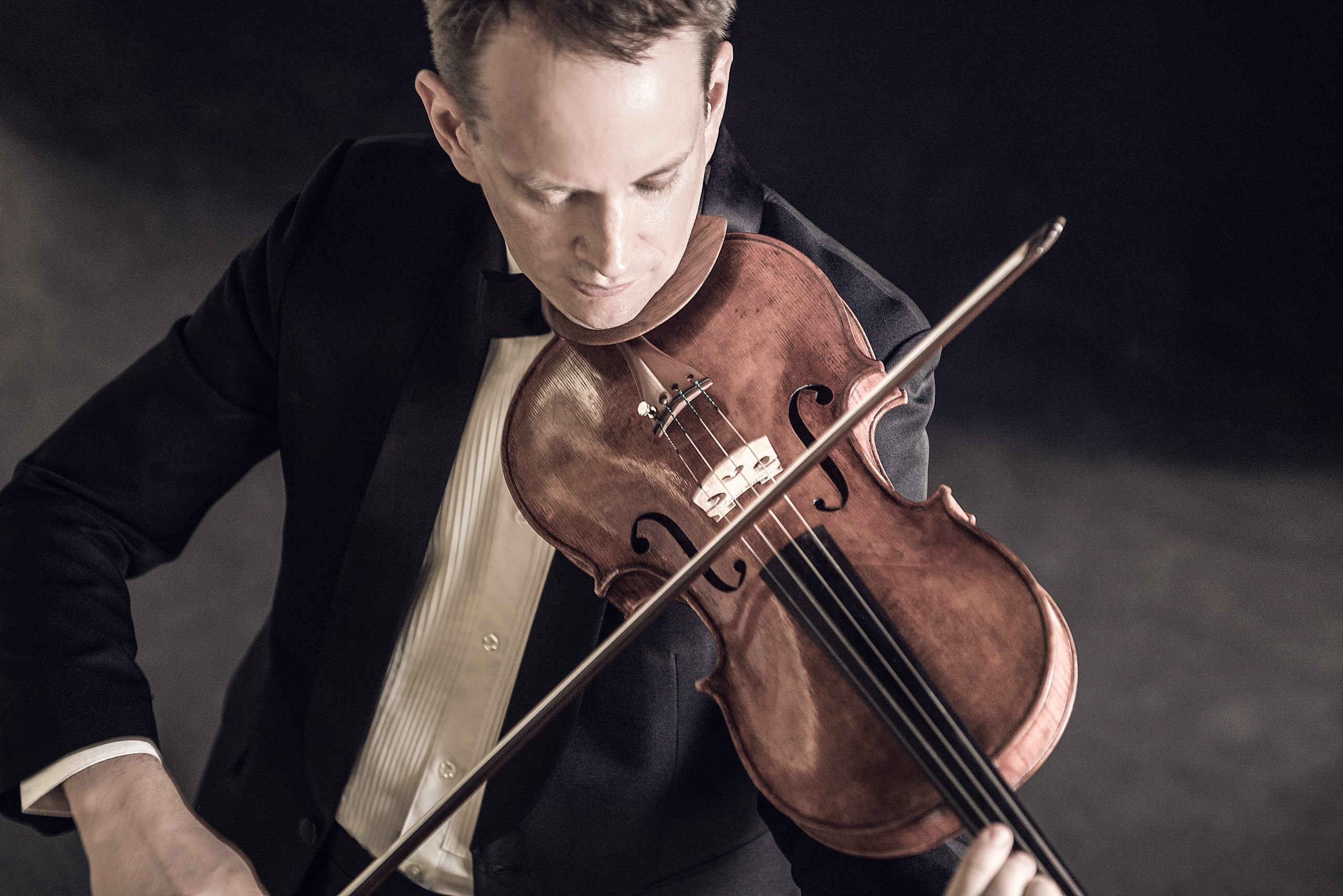 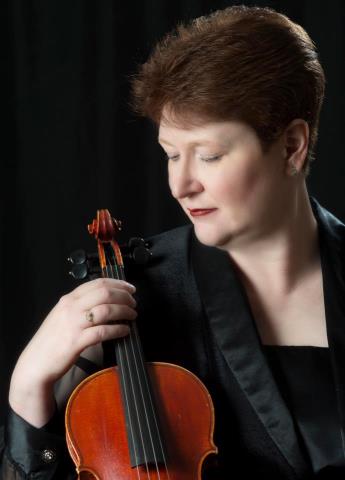 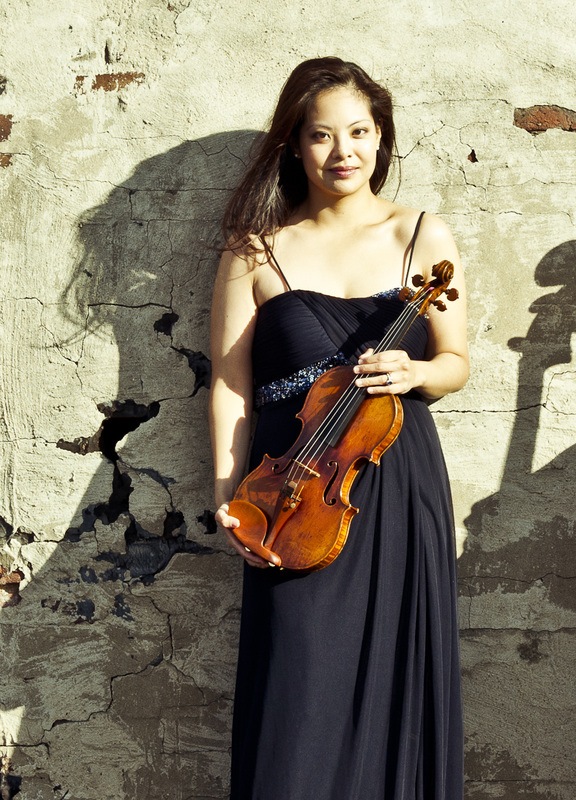 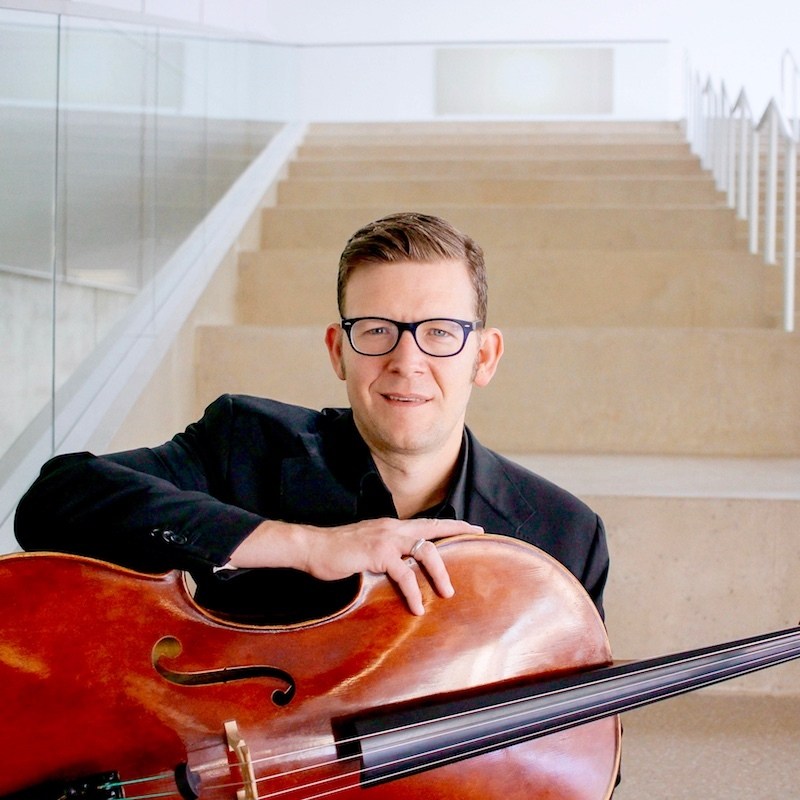