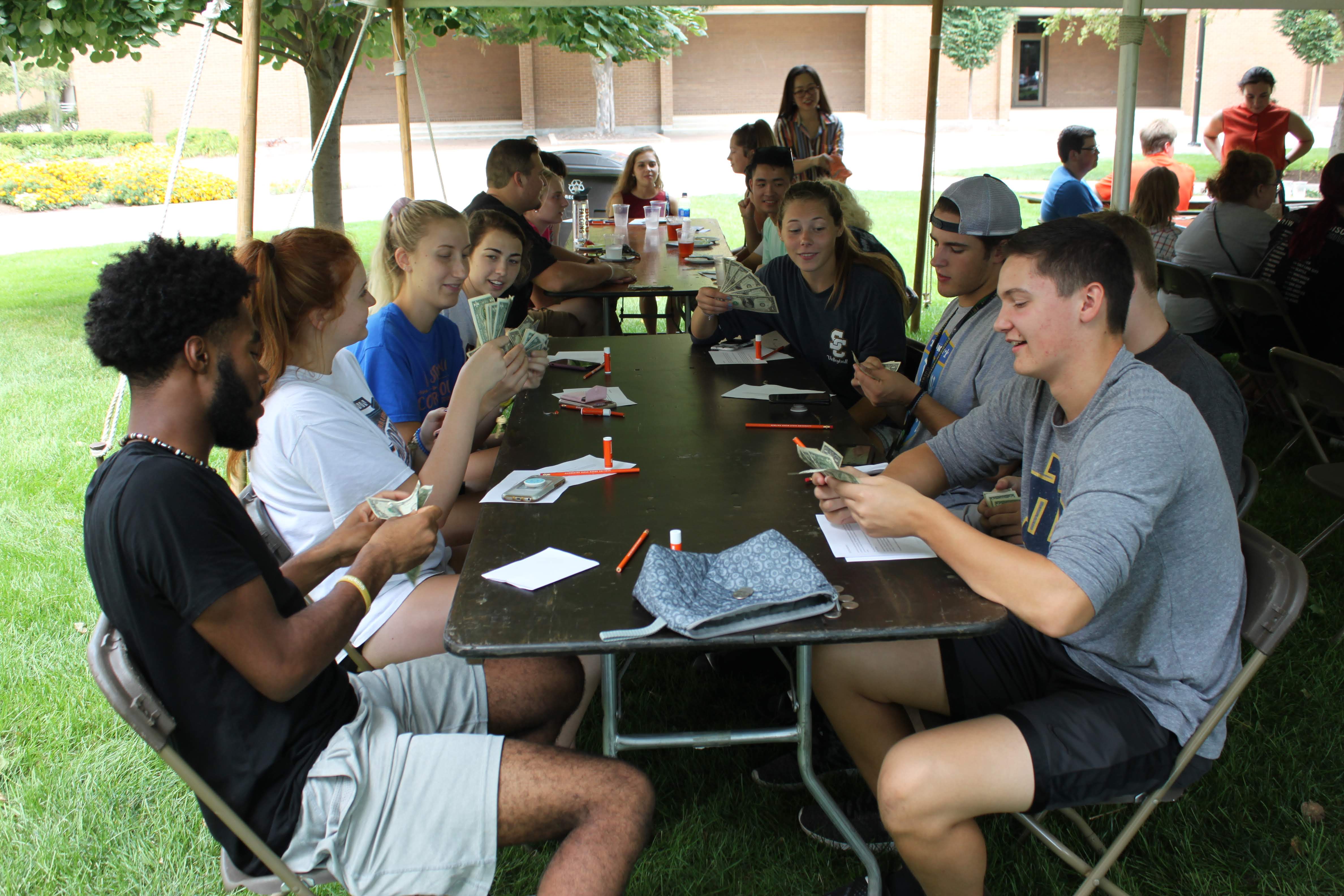 Students participated in several economic experiments during Econ-O-Palooza which their behavior could win them cash. In the double oral simulation, half of the participants were buyers, and yelled out bids.  The other half were sellers, and yelled out asks.  Voluntary exchanges were made, and student behavior mimicked the theoretical outcome.  Moreover, students earned nearly all the possible money from the simulation, showing that markets can be efficient.

Another simulation was a public goods game, where the dominant strategy led the students to “free ride” – that is, take advantage of others’ efforts. The group as a whole earned less money if too many people became “free riders.”