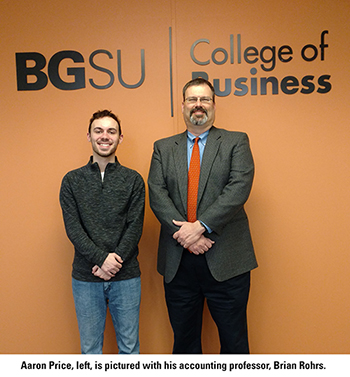 Senior Aaron Price aspires to become a well-rounded business professional, and capturing second place in the Capsim Foundation Challenge shows he has what it takes to succeed.

As a student in the Accounting 2220 course, Price competed in the 2018 Capsim Fall Foundation Challenge in November, advancing to the final six against challengers from around the world. He first played Foundation Business Simulation in Accounting Professor Brian Rohrs’ class. Price said he entered the competition “to build on the experience I gained from the simulation during my Introduction to Managerial Accounting course.”

The Capsim Challenge is open to all students who completed a Capsim business simulation in the previous year. Students from Europe, Asia, India, Australia, Africa and throughout the Americas go head-to-head in qualifying rounds, leading up to an intensive weekend battle for supremacy.

Price states, “The Foundation simulation helped to increase my business knowledge because it placed me in situations where I must balance both strategic and tactical decisions.”

He adds. “The exposure and experience with both will help in a real business environment when I need to make critical decisions as a manager.”

Price’s achievement extends BGSU’s unprecedented success in the Capsim Challenge. Rohrs notes that BGSU continues to have the most Challenge finalists of any other competing university worldwide. 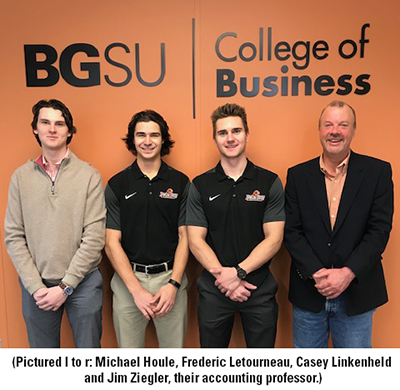 In addition to Price’s impressive accomplishment, a second BGSU team earned a top-six placement in the Challenge’s qualifying rounds. This is the first time BGSU placed two teams in the top-six qualifiers. Business students Michael Houle, Frederic Letourneau and Casey Linkenheld comprised BGSU’s second team. All three are also members of the BGSU Men’s Hockey Team. According to Rohrs, “Having two teams in the top six is a testament to our College of Business students’ ability to ‘Stand Out’ and ‘Go Far.’”

Capsim simulations are taught in more than 900 business schools around the world and the bi-annual competition is fiercely contested. Capsim President, Reda Chafai, states, “In Money’s recent list of 50 best colleges for business majors, 80% have used Capsim Simulations in their programs. As our competition winners tell us, the simulation is their chance to apply what they’ve learned in the classroom.”