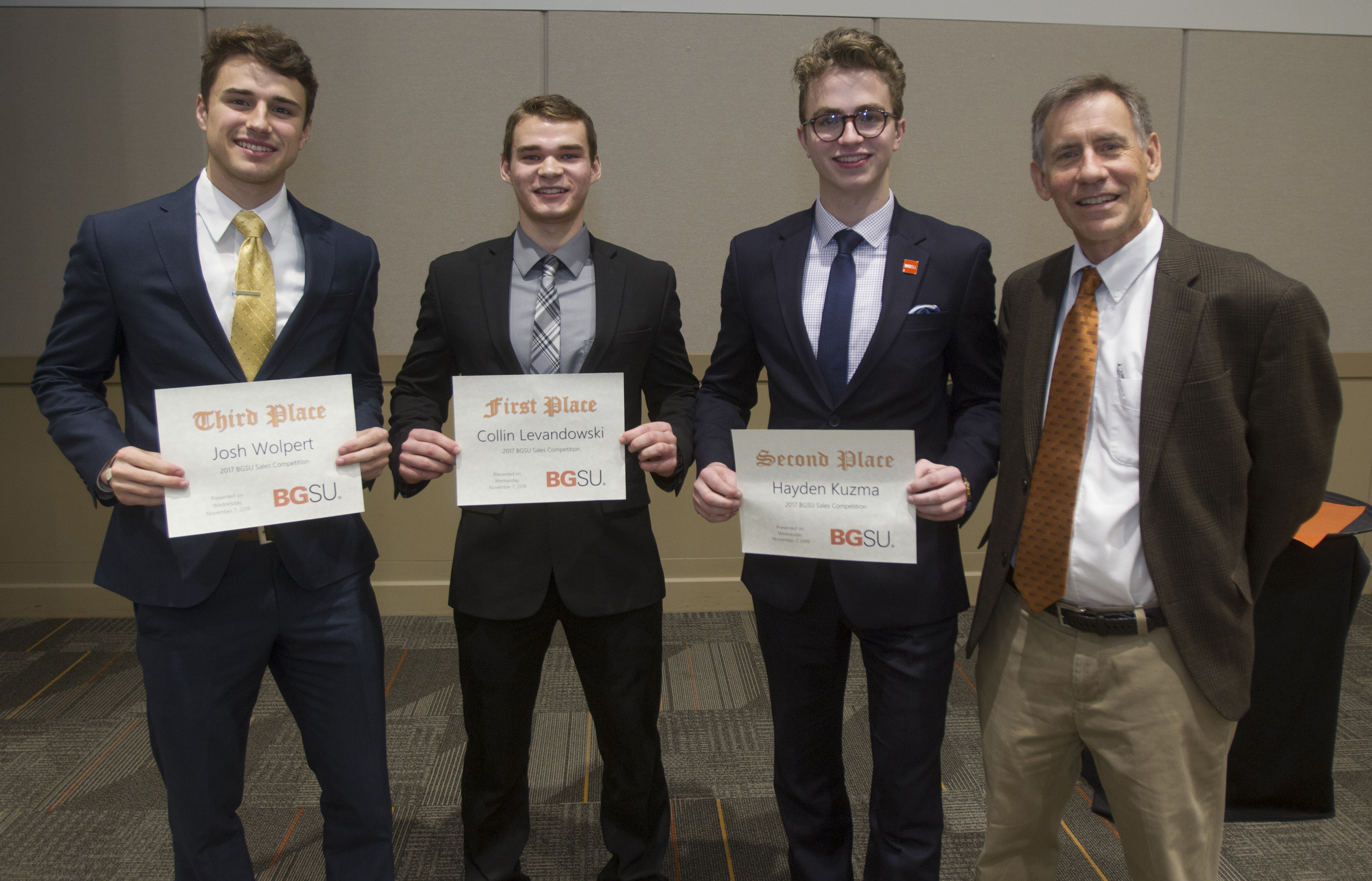 The competition was fierce this year with hard decisions to make. Congratulations go to the following winners:

Round 1 of the competition began in September with nearly 40 students competing in a three-minute role play. Fourteen finalists advanced to round 2 and recorded a 15-minute role play, posing as a Marathon Petroleum salesperson and made a call to the owner of a Marathon-branded gas station and convenience store to sell a new loyalty program. Consumers could earn points for buying fuel and food items from the owner’s gas station/store.

Representatives from 30 companies served as judges to select the top three from recorded videos. Besides a chance to compete at the national level, Levandowski earned a $1,000 prize, Kuzma won $500, and Wolpert received $250.

Marketing Associate Professor, Greg Rich, oversees the sales program and organizes the sales competition. Davida Frick, who has over twenty years of sales and sales management experience, has been a volunteer coach for BGSU sales students competing in regional competitions. She will be working with Dr. Rich to prepare the team for the national competition.