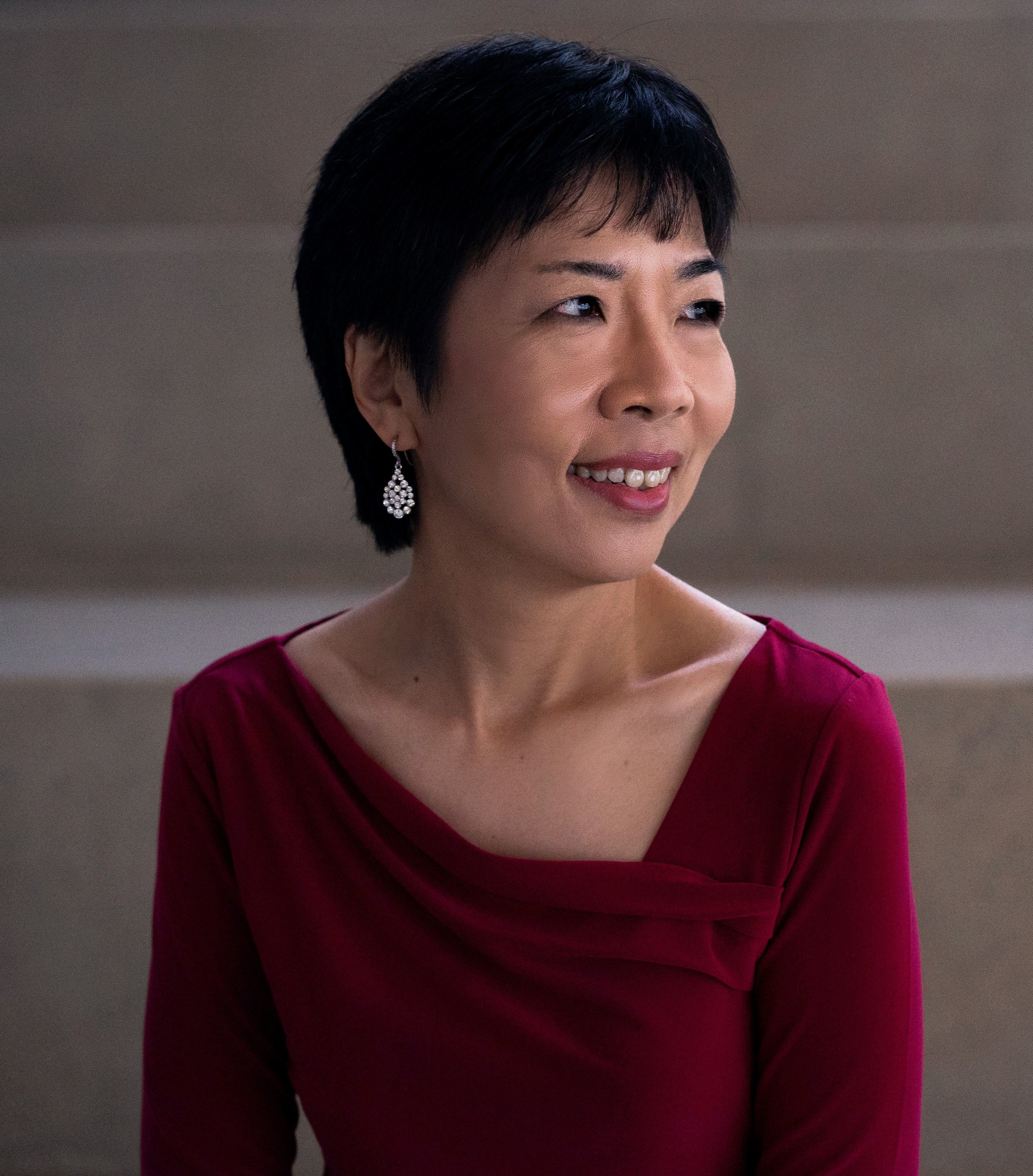 Click here for Solungga Liu's recital at the Library of Congress

Solungga Liu has been acclaimed as a pianist of great breadth. She is a champion of early twentieth-century American music and underrepresented works of the standard repertoire. She is also known as an uncanny interpreter of new music.

Her November 2017 debut at the Library of Congress was praised for its “rhythmic precision, expression and a finely calibrated sense of balance between all of the moving parts.” There she performed a solo recital of works by Charles Griffes, Amy Beach and César Franck, a concert tailored to her strengths and uniquely composed of music from the Library’s manuscript collection.

In July, 2019, Liu performed Gershwin's Rhapsody in Blue with the National Theater Symphony Orchestra of Brazil, under the joint invitation of the orchestra and the U. S. Embassy in Brazil, as part of American Independence Day Celebrations. Later that year she performed its original 1924 Jazz Band version with the BGSU Jazz Lab Band. Post pandemic, Liu will perform this concerto with the physicians and researchers of the National Institute of Health's Philharmonia in Washington D.C. in 2022.

The American Record Guide described her recording “The Pleasure-Dome of Kubla Khan: Piano Works of Charles Tomlinson Griffes” for Centaur Records, as having, “excellent sound, sensitivity and beguiling color,” to which the Seattle Post-Intelligencer added, “This is an excellent recording. Liu has done justice to this sometime overlooked body of work with her playing, as she pays tribute to a unique and evocative composer.” This recording led to the special request by the Library of Congress that she premiere Griffes’s 1915 piano transcription of Debussy’s Les parfums de la nuit from his orchestral work Iberia, once thought lost by Griffes’s biographers. About this world premiere, the Washington Classical Review wrote, “The piece retained an orchestral spectrum of colors in Liu’s hands. She served as the knowing conductor—the glue that held it all together while still allowing the transcription to shine through on its own merits”.

A dedicated performer of new music, Liu has performed numerous composers of our time, including Lutoslawski’s Piano Concerto with OSSIA, Steve Reich’s The Desert Music and Tehillim with Alarm Will Sound, Meandering River and Three Braided-River for solo piano by Robert Morris (both are dedicated to her), and Aaron Travers’s Concierto de Milonga, written for her and the Indiana University New Music Ensemble. She recorded two CDs of Reich’s major works with AWS, and Albany Records released her recording of Meandering River. In addition, Liu premiered and recorded Gregory Mertl’s Piano Concerto commissioned by the Barlow Endowment for her, conductor Craig Kirchhoff and the University of Minnesota Wind Ensemble. The 2017 Bridge Records release has received great praise from the American Record Guide, Toronto’s WholeNote and Fanfare. Her creative projects between 2020/21 have included seven video releases of solo piano works by Stephen Hartke, Aaron Jay Kernis, Eric Nathan and Henrique Oswald.

Liu is Professor of Piano and Piano Area Coordinator at the College of Musical Arts, Bowling Green State University. In addition to her dedication to students at BGSU, Liu maintains a vigorous schedule as a guest artist teacher and adjudicator at major international conservatories and competitions, among them the Eastman School of Music, the Atlantic Music Festival, the University of Minnesota, Sicily International Piano Festival and Competition, Central Conservatory in Beijing, China, National Taiwan Normal University, the Nanyang Academy of Fine Arts in Singapore, the University of Tasmania in Australia, São Paulo State University and Universidade Federal do Rio Grande do Sul in Brazil, the Thailand International Mozart Competition, and the Corfu International Piano Festival in Greece.

Liu holds a doctoral degree in piano performance from the Eastman School of Music where she studied with Alan Feinberg, Douglas Humpherys and Elizabeth DiFelice.