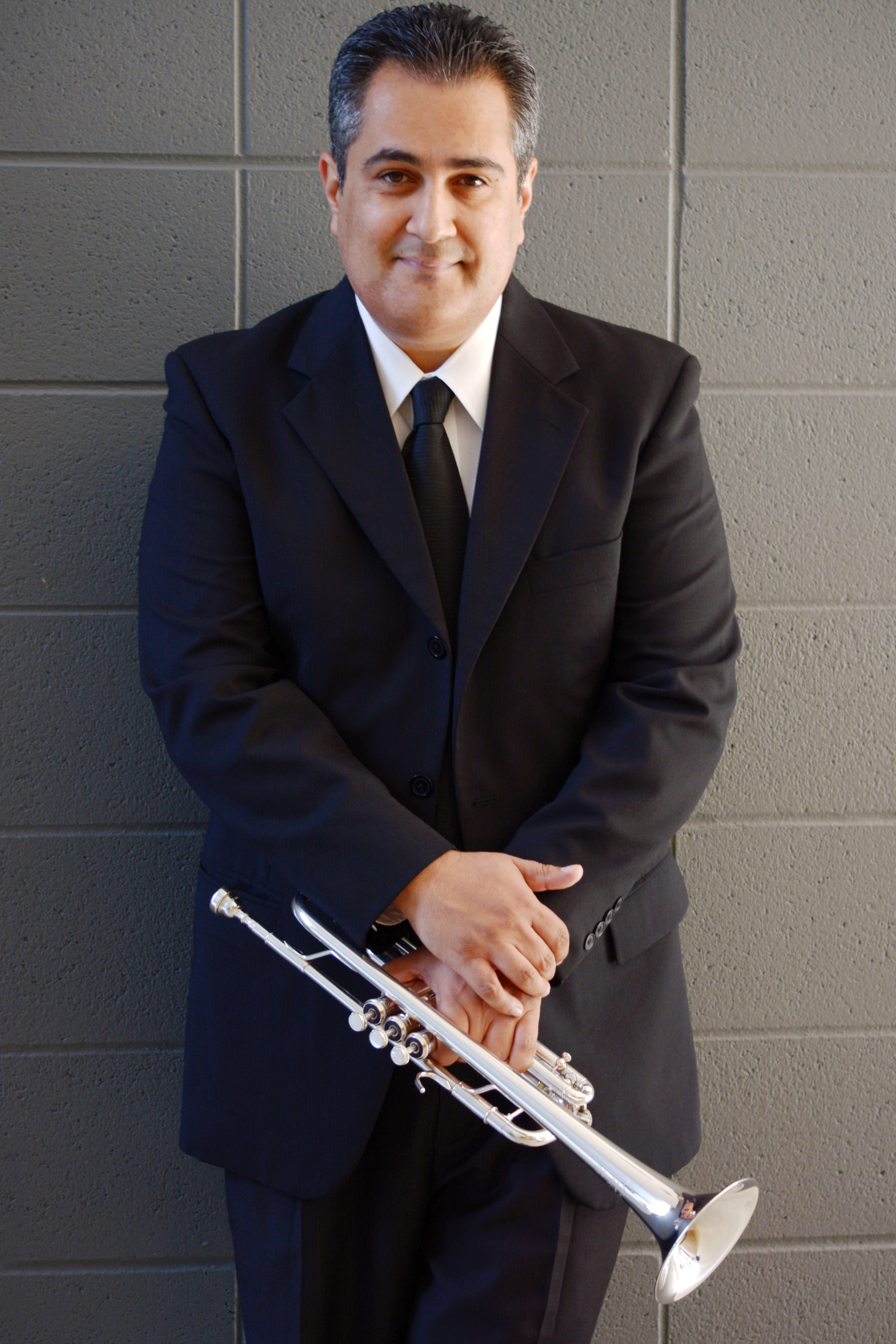 Charles Saenz is Professor of Trumpet at Bowling Green State University and also serves as Associate Dean.  His playing has been described as having “perfect agility and character” along with “confidence, accuracy, and wonderful musicianship”.  Mr. Saenz has performed with such ensembles as the Toledo Symphony, Michigan Opera Theatre, the Toledo Jazz Orchestra, the Sinfonia da Camera of Illinois, The Champaign-Urbana Symphony, the Illinois and Nebraska Brass Quintets, and the Omaha Big Band.  He is a member of the Toledo based Tower Brass Quintet and has released one recording with them entitled Road Trip.  His first solo recording, Eloquentia, was released in December 2015 and has received critical praise by both the International Trumpet Guild and the American Record Guide.

An active performer at international venues, he has presented recitals and master classes in Australia, China, Inner Mongolia, Taiwan, Thailand, Mexico and Brazil.  Other performances include the Burgos Chamber Music Festival in Burgos, Spain and the Exploring Brass Ensembles workshop in Kalavrita and Athens, Greece.  In 2011, he was a featured artist at the Fifth International Trumpet Festival of China held in Shenyang, China.  Of this recital, the International Trumpet Guild wrote, “Saenz has superb control of the instrument and performs with astonishing sensitivity with regard to phrasing, dynamics, and nuance.  It was well worth crossing an ocean to hear!” Saenz has also traveled to Monterrey, Mexico to teach at the International Trumpet Camp and Aguascalientes, Mexico as a guest artist for the tenth annual Chamber Music Festival.  In addition, he has presented recitals and master classes in Ohio, Illinois, Michigan, Alabama, Oklahoma, Nebraska, Wisconsin, Iowa, South Carolina, and New Mexico.  In January 2012, he was featured as a soloist at the annual conference of the New Mexico Music Educators Association.