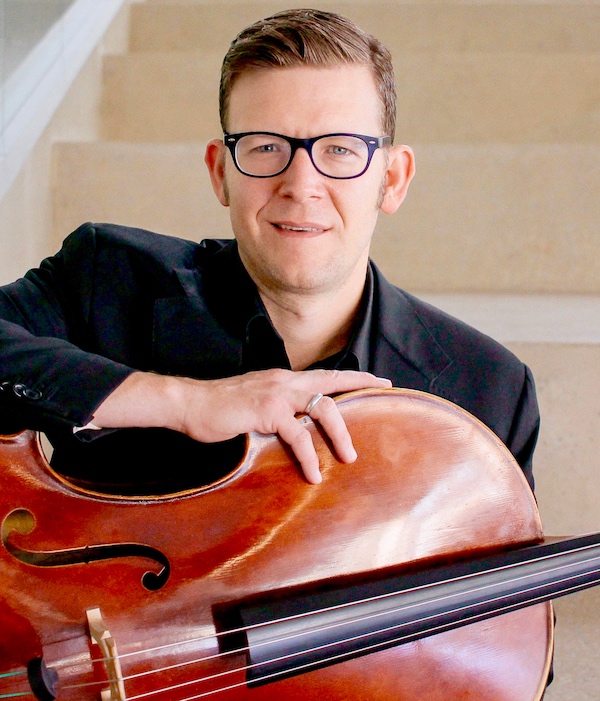 Cellist Brian Snow has earned a reputation as a gifted and versatile performer in chamber music, orchestral, and solo settings. Praised by the Boston Globe for his “…pugnacious, eloquent, self-assurance…”, he spent the past decade pursuing a varied performing and teaching career in the New York City area until accepting the position as Associate Professor of Cello at BGSU. In addition to being a member of the NYC-based ensembles Newspeak, OMNI Ensemble, and Trio Chimera, Dr. Snow has performed and recorded with a variety of artists, including Meredith Monk, The National, Max Richter, My Brightest Diamond, Ratatat, Björk, and the Emerson String Quartet and has worked closely with composers including Nico Muhly, David T. Little, and Martin Bresnick, premiering dozens of new works. Along with violinist Caroline Chin, he recently released a CD of music for violin and cello by Elliott Carter on Centaur Records which was included in new music blog Sequenza 21’s list of “most memorable recordings of 2013.” He has also appeared on recordings on New Amsterdam, Innova, Deutche Gramophon, Cantaloupe, and Naxos labels. He has performed at many well-known venues in New York and around the world, including Carnegie Hall, Alice Tully Hall, Bargemusic, Issue Project Room, 92nd St. Y, Muziekgebouw in Amsterdam, and Suntory Hall in Tokyo, Japan. As principal cellist of New York Symphonic Ensemble, Dr. Snow has performed in halls throughout Japan on that ensemble's annual tours and has appeared as soloist at halls in Fukuoka and Sendai. Other concerto appearances include Riverside Orchestra in New York, Longy Chamber Orchestra in Boston as winner of the Longy Concerto Soloists Competition, Crescent City Symphony in New Orleans, and the Hartt Symphony as first prize winner of the Paranov Competition. He also performs regularly with many prominent contemporary music ensembles, including ACME, Alarm Will Sound, SEM Ensemble, Da Capo Chamber Players, and Talea Ensemble. Upcoming projects include the premiere of Tocsin by Patrick Higgins for 2 cellos and piano along with cellist Mariel Roberts and pianist Vicky Chow and the premiere of Nine Sins for solo cello and electronics by David T. Little. In the 2016-2017 season, Dr. Snow will appear in recital at Sam Houston State University, Florida State University, as well as BGSU and the Toledo Museum of Art as part of BGSU's Faculty Artist Series.
Dr. Snow received a Doctorate in Music from Stony Brook University, a MM from Yale, and also holds degrees from Hartt and Longy Schools of Music. His primary mentors have included Terry King, Aldo Parisot, David Finckel, and Colin Carr.
Prior to his appointment at BGSU, Dr. Snow served on the cello and chamber music faculty at Western Connecticut State University, was cello instructor and chamber music coordinator at Brooklyn Conservatory of Music, and was an Affiliate Artist and instructor at Sarah Lawrence College.