Since its inception, the Sebo Series in Entrepreneurship has been generously sponsored by J. Robert Sebo, who earned a Bachelor of Science degree in business administration in 1958 from BGSU. Read more about J.Robert Sebo.

E-Week at BGSU is filled with a host of events including The Hatch and the Paul J. Hooker Center for Entrepreneurial Leadership Hall of Fame. Each year, there are many opportunities to engage through lunch and learns, presentations from world-renowned speakers and much more.

Sebo is a longtime contributor to BGSU and supports many areas of the University, including the Sebo Series in Entrepreneurship and football and jazz studies scholarships. The Sebo Athletic Center is named in his honor and recognizes his financial support to that facility. He served as a member of the University’s Board of Trustees from 2002 to 2011.

BGSU granted an honorary degree to Dr. Sebo in 2013. 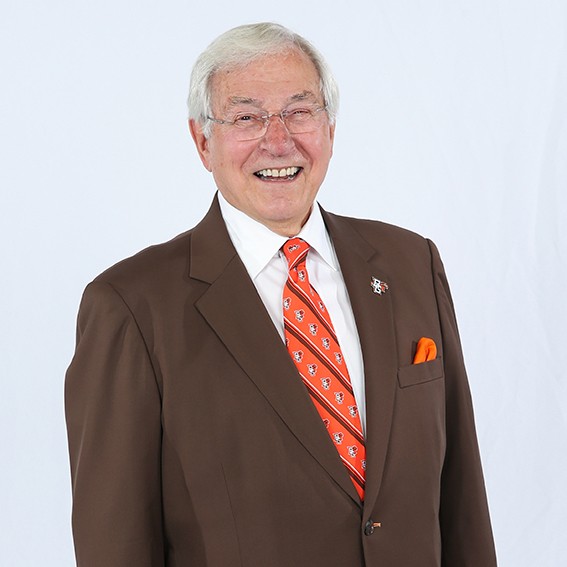