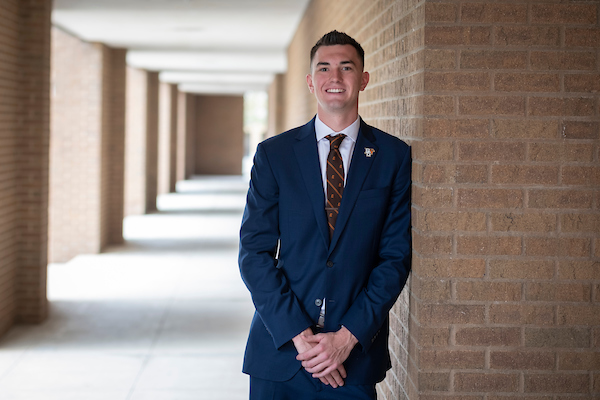 Junior Shane McClure was selected as a 2019 R. Gene Richter Scholar, presented by the Institute for Supply Management (ISM). This prestigious scholarship goes to the top supply chain management students in the U.S. This year there were only six recipients of this national award, and McClure was the youngest.

McClure, specializing in supply chain management, is expected to graduate early, in December 2019, after earning his associate’s degree while still in high school. He is active in the BGSU chapter of the Supply Chain Management Association (SCMA), including his role as director of professional development, and is president of Delta Chi Fraternity. McClure, whose hometown is Mentor, Ohio, participated in an indirect purchasing co-op at Bendix Commercial Vehicle Systems in Elyria for eight months.

Selection for the R. Gene Richter Scholarship Program is based on an essay, cumulative grade point average, demonstrated leadership, extracurricular involvement, and overall achievements as an undergraduate professional, including internships and case competitions. The Scholars were recognized at ISM’s annual conference in Houston, Texas, and will receive tuition assistance of up to $10,000.

Since its inception in early 2000s, the R. Gene Richter Award has gone to a BGSU student six times, including two recipients in 2014. 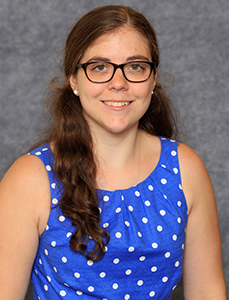 Also at the ISM annual conference, BGSU MBA alumnae, Katherine Eboch ‘17, was named ISM Person of the Year for 2018 and the ISM Northwest Ohio chapter, BGSU’s SCMA-affiliated professional chapter, was honored as one of the top professional chapters in the nation this year.  BGSU Professor of Supply Chain Management, Janet Hartley, was also a speaker during a breakout session at the conference, entitled “Adapting Category Management for Organizational Fit: A View Across Industries”.

Ms. Karen Eboch, senior lecturer in the management department and co-advisor of SCMA, stated the prominence of BGSU’s supply chain program is evident. “With over 2,000 professional attendees at the ISM conference, BGSU was well represented!”