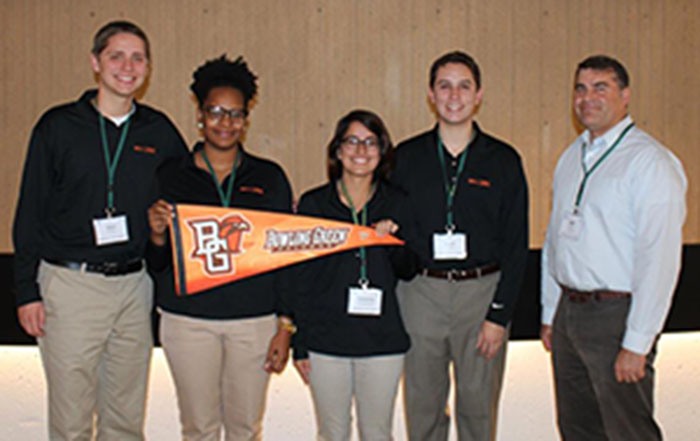 The BGSU supply chain team of Alex Winner, Anissa Hill, Ameera Venkataraman, and Kurt Leverenz competed in the final round of the General Motors/Wayne State Supply Chain Case Competition. BGSU was one of five teams that advanced to the finals out of 20 teams competing. Although they did not win the competition, this is the second year in a row that the BGSU team made it to the finals.

Dr. Bill Sawaya (pictured with the BGSU team) and Dr. Jan Hartley, both from the management department, co-advised this year’s case competition team.

The competing teams analyzed a case about selecting suppliers for the 2017 Chevrolet Bolt EV and then presented to a team of managers.

In addition to competing, the students toured the GM Detroit Hamtramck assembly plant and had the opportunity to network with GM managers.