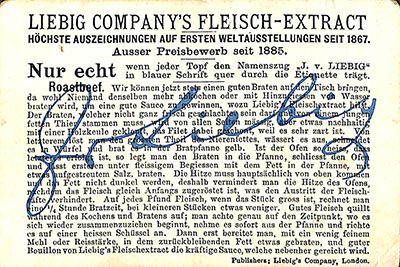 The Liebig Company is an English firm that started widely producing “meat extract” after it was created by Justus von Liebig. The meat extraction process created a concentrate and preservation of the essential nutrients and flavors of beef in the form of paste or bouillon cubes. The production of the meat extract was started in 1850 and was named after its inventor. “Liebig Fleischextrakt” was soon sold all over the world with its main production taking place in Fray-Bentos and Colon, South America. The company, after several buyouts throughout its history, exists today under the name Premier Foods in the UK. 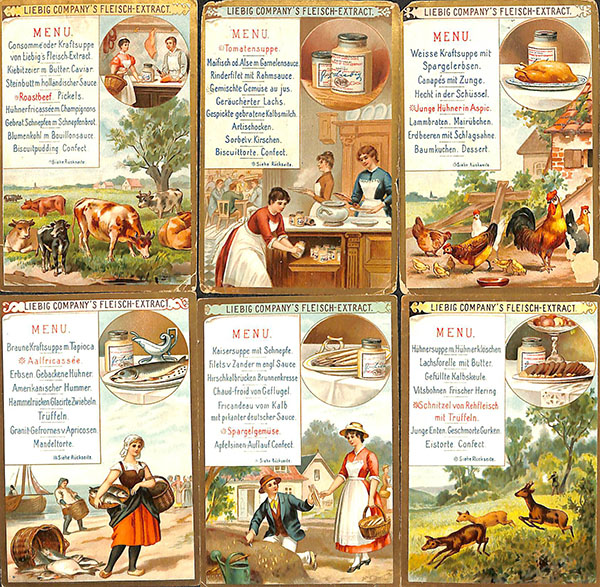 This collection of advertising trading cards consists of the colored lithographed cards found on the packaging of the products. The production of these cards started in 1870 and ended in 1975, spanning more than 11,000 different types of cards. The last lithographed series were released in 1939, but series were edited and reproduced through the 1970s. The cards were divided into subjects that nearly always made up a set of six or twelve. 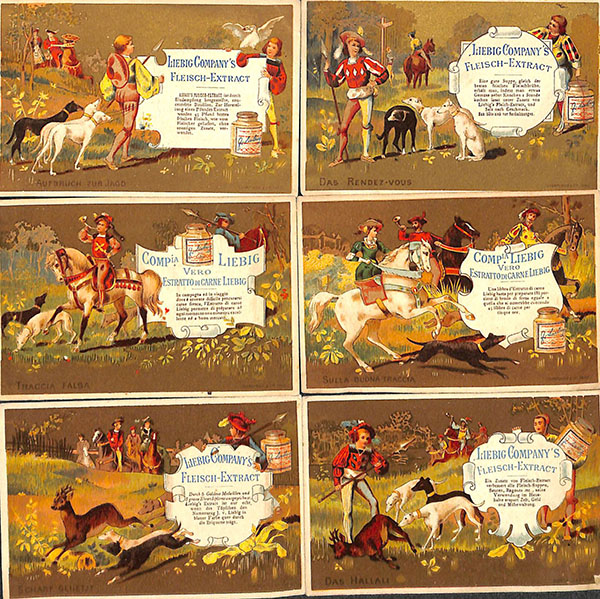 Early on in their production, these cards were exchanged by the Liebig Company for coupons. The reverse of the cards were either advertising for a Liebig product, or they had a recipe in which the meat extract could be utilized. The series of cards were produced in multiple countries, therefore the cards can be found in a multitude of languages. Belgium, France, United Kingdom, Spain, Germany, and Italy are just some of the countries in which these were produced. Due to the cards being so widely produced, collectors around the world use many different catalogues. For our purposes, the Sanguinetti catalogue was used.

Due to the extreme representation of minorities, countries, and cities in this collection researchers looking to learn more about early advertising techniques would find this collection very helpful.

This finding aid was prepared by Katie Tovarnak, Student Assistant, in December 2018.

For more information on this collection, please visit these websites: