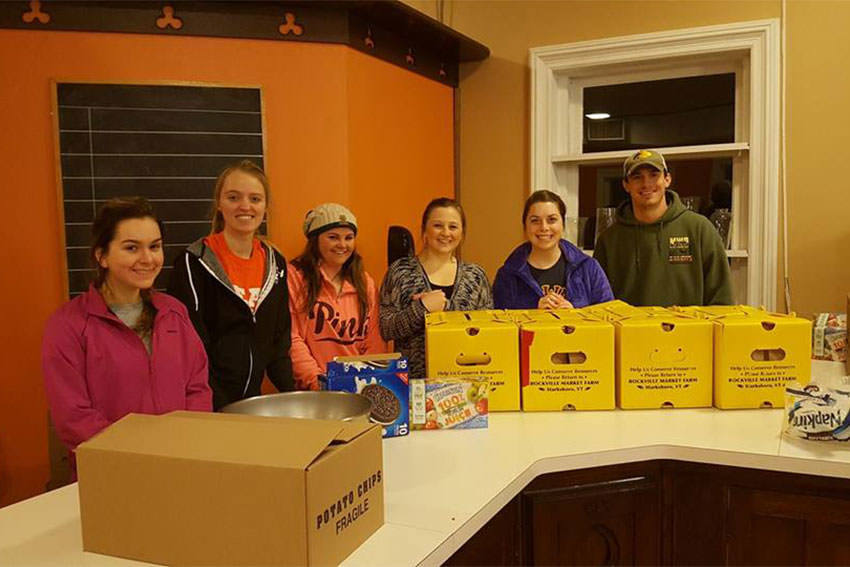 In November, SNA kicked off the year with a canned food drive at the annual Food and Nutrition Symposium that focused on the severity and consequences of food insecurity and how people can take action.

During the symposium, attendees were also able to donate to Feed Lucas County Children, which has since changed its name to Connecting Kids to Meals (CKM). SNA has since partnered with CKM, which is Ohio’s leading child hunger relief charity.

On January 15, which was Martin Luther King Jr. Day, SNA had a “day on instead of a day off” and helped with the secretarial work that goes on behind the scenes at CKM. More work with CKM was planned throughout the semester.

SNA has also been able to help with meal packing events with Food for Thought, which is another organization that focuses on hunger relief and getting meals to those in need in Toledo. Through all of the volunteer work, members have been able to do their part and get others to join in the fight against hunger.