Class of 2022: Post-traditional graduate remakes life with BGSU education, is ready to make a difference in the lives of others 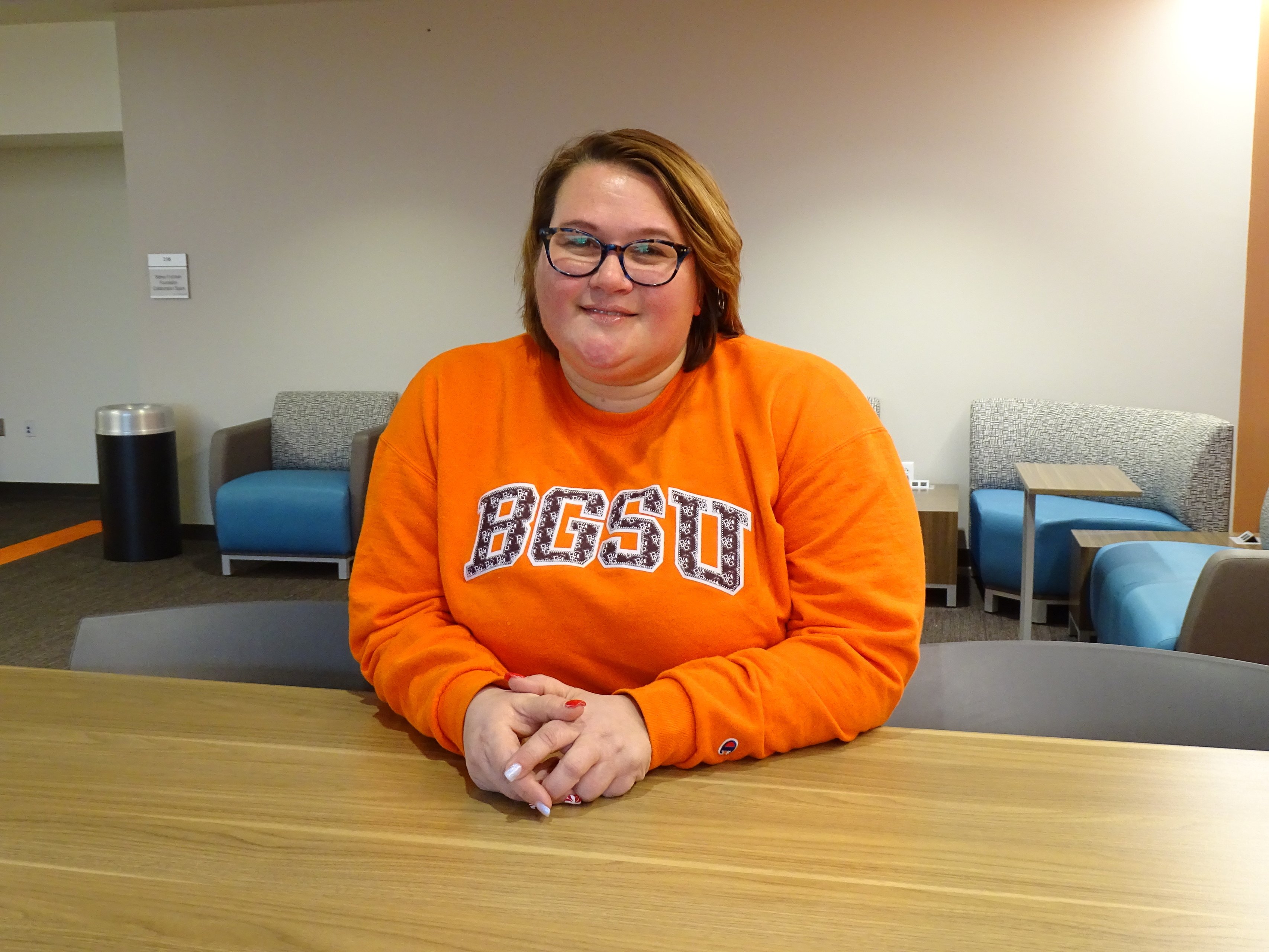 BGSU Firelands graduate Stephanie Lane '22 uses her education to help others as a licensed social worker.

Now, she hopes to take her education further and complete her Master of Social Work and earn a certificate for trauma-informed care by Spring 2024.

“I would love to eventually have a private practice and get my LISW-S in Ohio, which would allow me to practice as a licensed independent social worker and also supervise social workers who are getting work experience," Lane said. “I would also love to be an adjunct professor in social work at a college someday.”

Lane is a post-traditional student and parent of four who also works for the University as a coordinator for the student-parent program. She openly shares that she's a survivor of abuse, which led her to become a licensed social worker for the state of Ohio.

“I want to help others as others have helped me,” Lane said.

Lane grew up in a single-parent household in Florida. At 16, she moved to Sandusky, Ohio, to leave the challenges of childhood and live with her aunt and uncle. She was set to graduate high school in 1994 but dropped out during her junior year and got married.

That was the start of what Lane describes as more than two decades of hardship that culminated in her becoming a single mother living in a domestic violence shelter.

“I had an extremely limited ability to live my life as I imagined it,” Lane said of her marriage, noting she was prohibited from getting a job and had no income when she became single. “I had tears streaming down my face that first morning at the shelter.”

At that point, pursuing an education was a fantasy. She had bills to pay and a child to feed. Lane received help from assistance services that provided basic needs while she focused on immediate concerns: finding a job and a new place to live.

“The shelter caregivers were kind, understanding, always willing to listen, and made me feel very safe,” Lane said. “It wasn’t just the shelter that changed my course, but many other agencies that helped me set my own path.”

Lane eventually started work at a grocery store and felt peace again. She enrolled at BGSU Firelands in 2019, a few months after she settled into her new apartment.

“I always wanted to go to college; it was a dream,” Lane said.

Lane went back to school through an adult completion program and earned a high school diploma. From there, she was drawn to the social work program at BGSU Firelands.

“BGSU was something familiar because my daughter was in college in Bowling Green and one of my other children attended for a while, too,” Lane said. “I lived in Huron, Ohio, when I was married, so BGSU Firelands was always on my mind as a place to go.”

Lane said her past inspired her to pursue social work.

“I love the social work field because it’s all about working with the client on what can change their world,” Lane said. “The social workers who helped when I was in a bad place made me want to help others in the same way.”

Lane’s education experience led to an opportunity to work with other student-parents at BGSU Firelands. She was hired as a student-parent program coordinator after BGSU was awarded an $814,000 grant from the U.S. Department of Education. The Child Care Access Means Parents In School (CCAMPIS) program is a federal grant that provides Federal Pell Grant-eligible students who are parents with financial assistance for child care.

"The CCAMPIS grant and student-parent program are two important tools to enhance the success of our students," said Stacey Hartley, project director for CCAMPIS at BGSU. "It was important to find a program coordinator who understood the needs of student parents and the impact essential tools and resources can have on retention and success. Stephanie’s ability to relate to student parents and her resourcefulness in helping them overcome obstacles has been an asset for BGSU."

As a student and University employee, Lane had the unique opportunity to quickly apply lessons learned in her social work program to real-life scenarios.

“I have enjoyed learning new things and working on this side of the college world,” Lane said. “The biggest challenge so far is getting people to see how we can help them.”

Lane and Hartley oversaw the creation of a new student-parent lounge in George Mylander Hall at BGSU Firelands. .

“It’s a safe space for students to bring their kids while they study,” Lane said. “The student parents are so thankful for our assistance and to be heard and seen as a population on campus.”

Although the student-parent grant is relatively new, the practice of faculty and staff showing compassion as students overcome challenges has always been a priority.

Lane said many faculty and staff members stood out during her time as a student and remain positive role models as she continues her career at the college.

“A BGSU education changed how I think and see the world,” Lane said. “The college degrees I have on my wall don’t change who I am at my core. But they do change how I want to make a difference for the people around me.”