From teachers and thinkers, to entrepreneurs and creators, leaders and visionaries, risk takers and dreamers, recent Falcon alumni are changing lives. To honor the accomplishments of our recent alumni, the BGSU 10 Under 10 award was created. 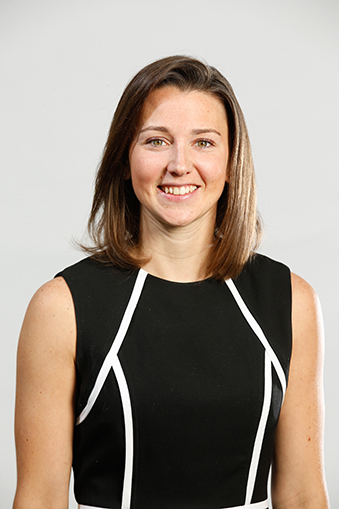 Kate Achter ’08,’10
Kate Achter is a former women’s basketball player who led the Falcons to four MAC Championships and an appearance in the NCAA Sweet 16 during her four years as a starter. During her senior year, she was named All-American and Mid-American Conference (MAC) Player of the Year. She is the only player in school history with 1,000 career points and 600 career assists. After playing professionally with Palaio Faliro in Greece and holding several assistant coaching positions at St. Bonaventure and Xavier, she was named the head women’s basketball coach at Loyola University in Chicago and is starting her third season at the helm of the Ramblers. She is a graduate of BGSU’s acclaimed sport management program and also has a master's in sport administration. 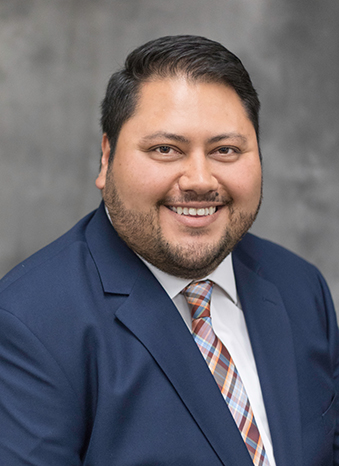 Leo Almeida ’10
Leo Almeida is a policy associate for the Nature Conservancy in Ohio, where he develops and executes strategies to broaden support for the organization’s climate and energy policies. He is actively involved in politics, having worked as a senior legislative aide in the Ohio Senate and volunteering for numerous organizations and election campaigns. He is particularly interested in engaging new Americans and the Latino community, as well as working with groups to promote voter registration and education about voter rights. As an immigrant, he has committed himself to helping others become U.S. citizens. He currently serves as president of the board of Community Refugee and Immigration Services, a nonprofit organization that helps refugees in the Columbus area find housing and employment and also learn English. He graduated from BGSU with a degree in ethnic studies. 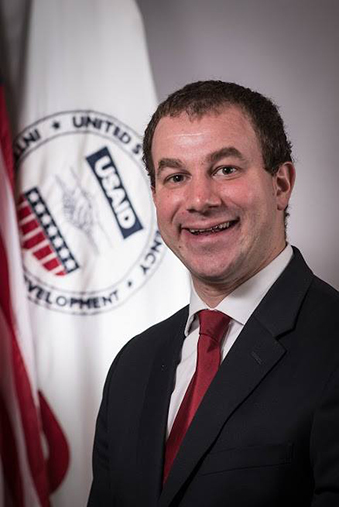 Scott Hochenberg ’12
After earning a master’s in sport administration from BGSU, Scott Hochenberg took a career path into public service after having the opportunity to intern at the Clinton Foundation. He now works as a program analyst for the U.S. Agency for International Development (USAID), where he has received several awards for his teamwork, leadership and contributions. He held a previous role in USAID’s U.S. Global Development Lab, where he worked on innovative practices to defeat extreme poverty. He also served as a three-term president of Young Professionals at USAID. He continues to give back to BGSU by hosting a student group at his agency’s offices in Washington, D.C., every spring. 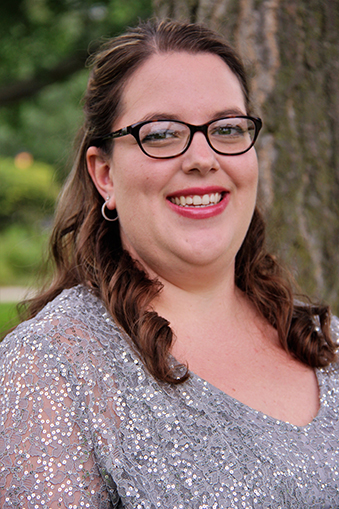 Sara Houlihan ’09
Sara Houlihan is a physical therapist at Michigan Medicine at the University of Michigan in the departments of General Medicine, Oncology and Emergency Medicine. Since being promoted to her current position as a clinical specialist in 2017, she has played a vital role in developing the physical therapy program and new training methods for residents in the Emergency Department. She also is the lead trainer for the electronic medical record system. Houlihan has served BGSU in many capacities since earning her degree in applied health science, including as a member of the Pre-Professional Programs Advisory Board, Honors College Leadership Council member and as a BGSU One Day ambassador. She also coordinates clinical and observation opportunities for current students. 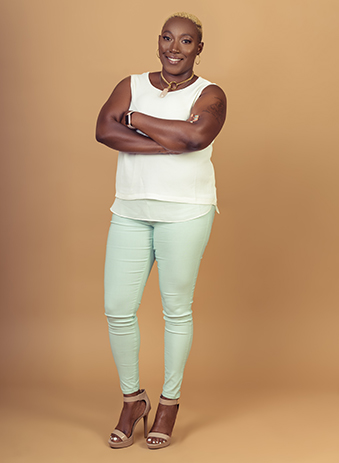 PJ Jones ’10
PJ Jones earned her bachelor’s degree in exercise science from BGSU and went on to earn her master’s degree in educational leadership with an emphasis in higher education and student affairs from Western Michigan University. She is now the assistant director for Multicultural and Diversity Affairs at the University of Florida. She previously worked as a diversity education specialist in the Department of Multicultural Services at Texas A&M University. An entrepreneur, Jones has also volunteered for Habitat for Humanity and served as a USAID volunteer in Senegal and was the recent keynote speaker for BGSU’s Black History Month events. She is a proud member of Alpha Kappa Alpha Sorority and the Sidney A. Ribeau President’s Leadership Academy Alumni Society. 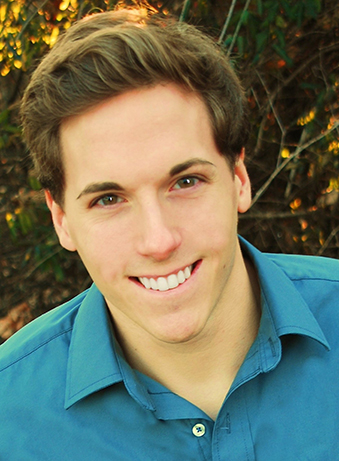 Yannick Kluch ’14, ’18
Yannick Kluch earned a master’s degree in popular culture studies and a Ph.D. in media and communication from BGSU and is currently a postgraduate intern at the Office of Inclusion for the National Collegiate Athletic Association (NCAA). Kluch is the founder of BGSU’s We Are One Team (WA1T), which received the NCAA and Minority Opportunities Athletic Association Award for Diversity and Inclusion. The initiative promotes diversity, inclusion and social justice at the University and beyond by using sports as a forum to create dialogue and promote friendship between campus groups. He also founded the Student Advisory Council on Diversity and Inclusion at BGSU and continues to serve as an International Student Ambassador for the University’s Office of International Programs and Partnerships. 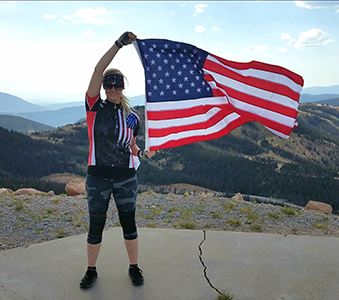 Sarah Lee ’09
Former U.S. Army Sgt. Sarah Lee earned a bachelor’s degree in visual communication technology from BGSU and an Associate of Arts from BGSU Firelands, where she received an award for creative excellence and co-founded the VCT Gallery. It was also at Firelands that she discovered a love of photography and started her own business, which she still runs from her home in Nashville. A veteran of Operation Iraqi Freedom, Lee embarked on a 4,300-mile journey “from sea to shining sea” in May 2017 to raise awareness for military veterans suffering from PTSD. 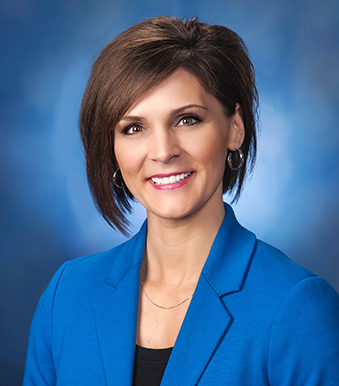 Erin Schwiebert ’02,’10
Erin Schwiebert is a diversity and inclusion specialist at Marathon Petroleum Company. A talented presenter and group facilitator, she coordinates many community outreach activities. Schwiebert graduated from BGSU with a bachelor’s in communication and a master’s in learning design. She is a member of the Schmidthorst College of Business Young Alumni Board and formerly served on the BGSU Career Center Advisory Board. She was instrumental in developing Marathon as a corporate partner for the Schmidthorst College of Business and has presented at a number of BGSU events and workshops, including the prestigious Women in Leadership Conference, and regularly dedicates her time and business knowledge to help BGSU students. 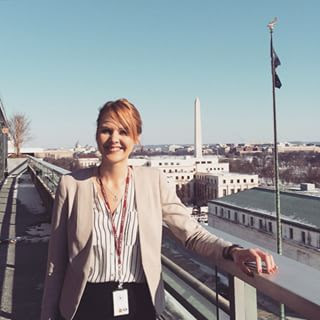 Ariel (Ehmer) Volk ’13
Ariel (Ehmer) Volk is currently the Central Africa peacekeeping officer in the Office of Peace Operations, Sanctions and Counterterrorism for the U.S. Department of State. As part of her work, she develops important policy, creates innovative means of guiding diplomacy and travels to her territory of Central Africa to implement change. She has participated in United Nations conversations, met with diplomats from across the globe and prepared important documents and talking points for high-level government officials. She previously worked as a policy officer in the State Department’s Office of International Religious Freedoms. Volk graduated from BGSU with a degree in political science and history. She went on to earn a master’s degree in international affairs. 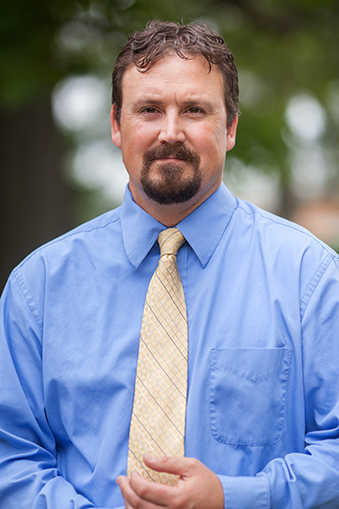 Christopher Winslow ’02,’10
Christopher Winslow earned a master’s and Ph.D. in biology from BGSU. As director of the Ohio Sea Grant, Winslow has spearheaded efforts to understand, educate and disseminate research on harmful algal blooms and secured $11 million in grant funding for various causes pertaining to Lake Erie research, teaching and outreach. He holds membership and leadership roles on a number of committees and boards, including serving as co-director of the Lake Erie Millennium Network. Winslow briefly served as an instructor at BGSU after earning his doctoral degree, and he remains a member of the Curriculum Committee for BGSU’s Biology Department and is a student academic advisor for marine and aquatic science majors.