Four outstanding alumni received one of Bowling Green State University’s highest honors when they were inducted into the Academy of Distinguished Alumni as part of Homecoming 2018 festivities.

The Academy of Distinguished Alumni was established in 2011 to recognize the extraordinary accomplishments of alumni who have made significant contributions to their chosen professional field and/or through their community involvement. The 2018 inductees embody the university’s core values of creativity and innovation, intellectual and personal growth, collaboration and the pursuit of excellence. 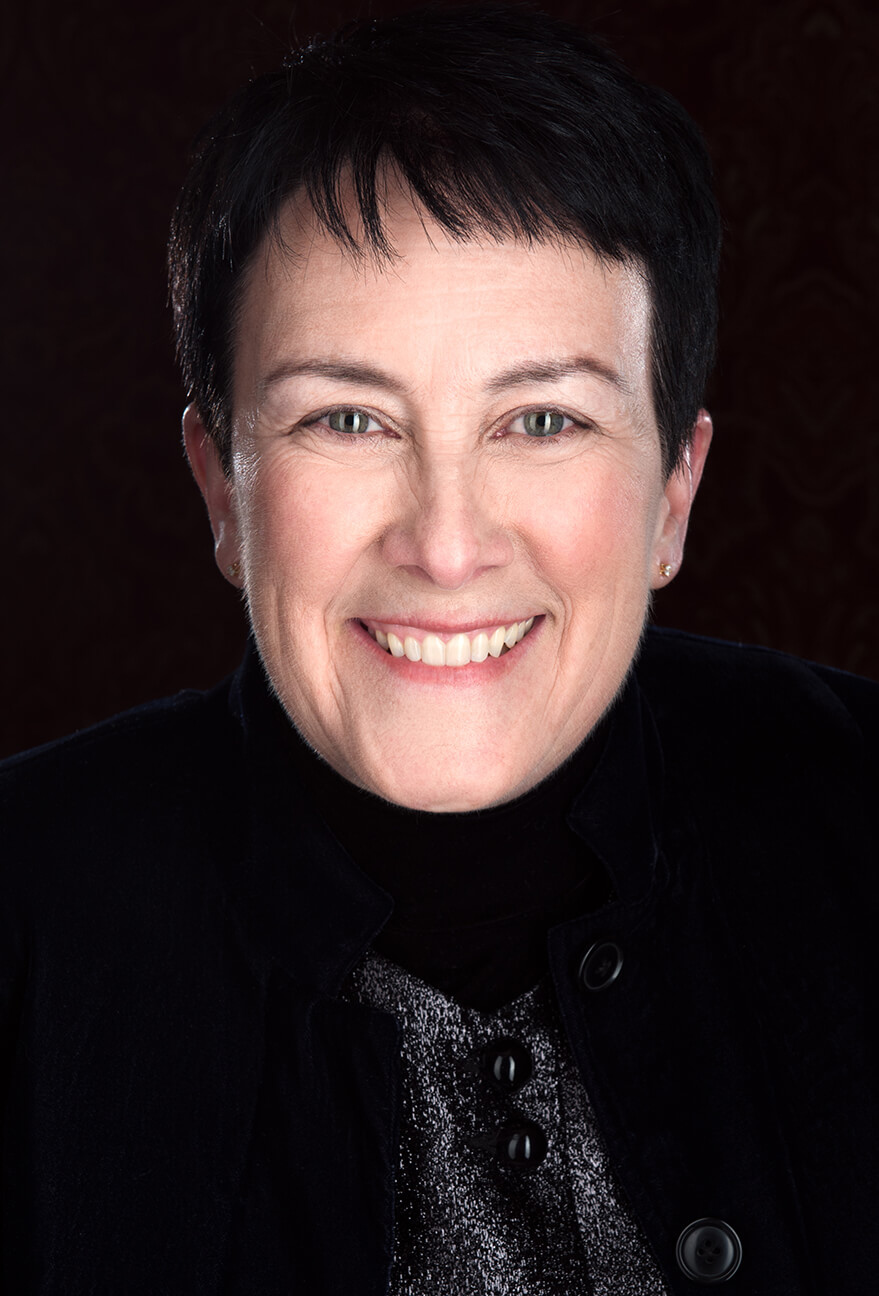 Dr. Jennifer Higdon ’86, ’14 (Hon.) is one of the most-performed living American composers working today. She was awarded the Pulitzer Prize in music in 2010 and is a two-time Grammy winner. She was recently named the recipient of the prestigious Nemmers Prize from Northwestern, and has also been the recipient of Guggenheim, Koussevitzky and Pew fellowships, as well as two awards from the American Academy of Arts & Letters.

Higdon currently holds the Rock Chair in Composition at The Curtis Institute of Music in Philadelphia, and she serves as composer-in-residence with various orchestras throughout the country. Her works have been recorded on over 60 CDs. Her composition blue cathedral is one of the most-performed orchestral works by a living composer, with more than 700 orchestras performing the work since its 2000 premiere. Her first opera on Charles Frazier’s best-selling book “Cold Mountain” has been a resounding success, selling out all of its runs and winning the International Opera Award.

Higdon, a self-taught flutist, studied at BGSU’s College of Musical Arts and earned a bachelor’s in music performance. She later studied at the Curtis Institute of Music in Philadelphia, earning an Artist Diploma, followed by a master’s and Ph.D. in composition from the University of Pennsylvania. Higdon and her partner, Cheryl, reside in Philadelphia. 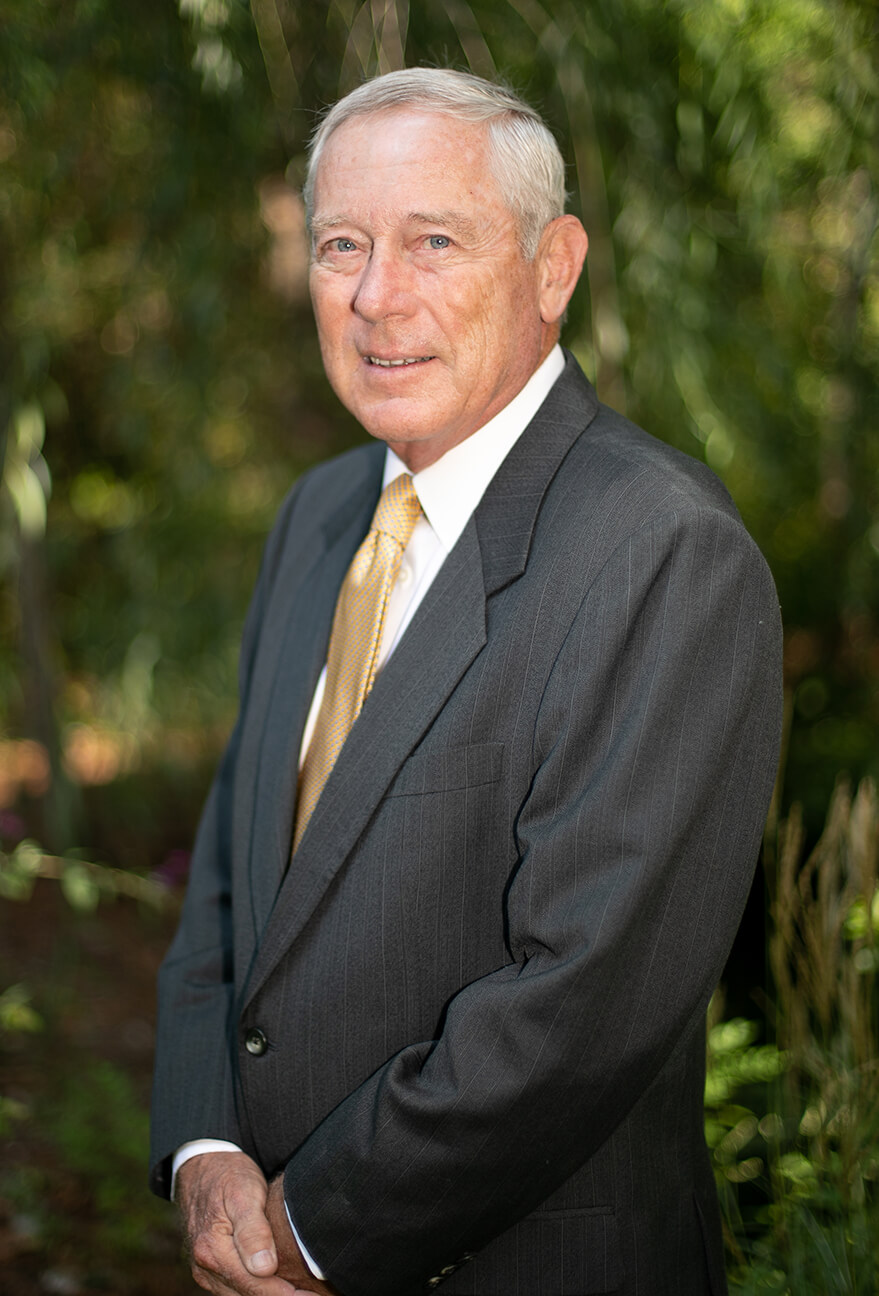 Richard A. (Dick) Maxwell '70 served 36 years in the National Football League before retiring in 2006 as senior director of NFL broadcasting. Since his retirement, Maxwell has continued to serve as a national game representative for the Commissioner’s Office. He also has coordinated the annual NFL Broadcast and Sports Media Boot Camps, both successful player transition programs. BGSU will host one of these Boot Camps for the seventh time next April.

Maxwell’s career with the NFL began in 1971 when he was hired to work as part of the public relations team for the Denver Broncos shortly after graduating from BGSU with his journalism degree. In 1976, he left the Broncos to become the first public relations director of the expansion Tampa Bay Buccaneers. In 1978, Maxwell was asked to join Commissioner Pete Rozelle’s staff in New York City as National Football Conference information director, and then became NFL director of broadcasting under Commissioner Paul Tagliabue in 1989. He continued to serve as senior director of NFL broadcasting under Commissioner Roger Goodell until his formal retirement.

Maxwell has worked 34 Super Bowls, dozens of AFC-NFC Pro Bowls and was the overall NFL administrator for two American Bowl games in London before the NFL created an International Division. In 2007, he received the NFL’s Val Pinchbeck Award for meritorious service to the annual Pro Bowl Game. The following year, Maxwell was inducted into the BGSU Kappa Tau Alpha Journalism Hall of Fame and the Fostoria Athletic Hall of Fame.

Further solidifying his commitment to his alma mater, The Richard A. Maxwell Sports Media Project was created at BGSU in 2006. This umbrella program focuses on BGSU journalism, public relations and sports management students. Among its annual components are a MediaWatch student blog, two Robert F. Collins Scholarship winners and a speaker’s series.

Maxwell and his wife of 44 years, Kendra, split their time between homes in Southport, N.C. and Naples, Florida. They have three children and eight grandchildren. 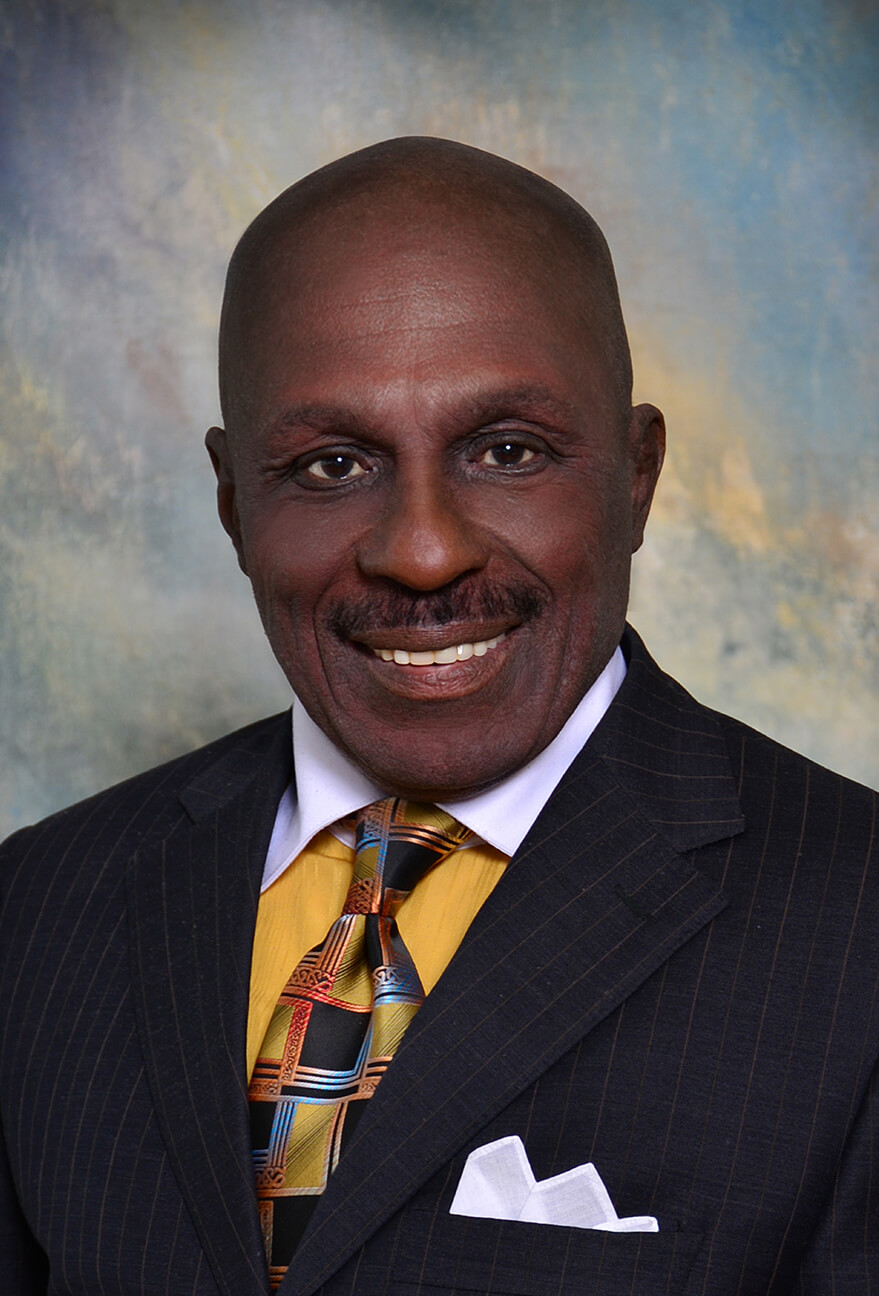 George N. Miller Jr. '73 is the president and CEO of The Loretto Hospital, a nonprofit safety-net hospital on the west side of Chicago. Serving as an executive leader for more than half of his career, Miller has demonstrated a successful track record for improving hospitals by analyzing processes driving new initiatives, improving employee engagement programs and transforming finances and operations to profitability.

Prior to joining The Loretto Hospital, Miller served as CEO of CommUnityCare, in Austin, Texas. Under his management, CommUnityCare expanded access to quality health care in underserved communities, and Miller was responsible for increasing CommUnityCare’s revenue from $60 million to $100 million.

Prior to CommUnityCare, Miller served as the CEO concurrently for Quorum Health Resources (QHR) in Tennessee and Okmulgee Memorial Hospital Oklahoma (OMH) for two years. While at OMH, the hospital underwent a complete turnaround in its overall operations and was profitable within one year of his leadership. He has held additional executive leadership positions in health care organizations in Ohio, Illinois and Virginia.

In 2008, Miller was appointed by President George W. Bush to the Medicare Payment Advisory Commission. He was reappointed in 2011 by President Barack Obama. Miller also served as president of the National Rural Health Association in 2007. Miller continues to advocate for high-quality healthcare by serving as a board member for the Texas Hospital Association/Health Share, the board of directors and the chair-elect of the Texas Health Institute and the board of directors of the Children’s Optimal Health.

Miller received a bachelor’s in business administration from Bowling Green State University and a master’s in health services administration from Central Michigan University, where he is an adjunct professor. In his spare time, he enjoys spending quality time with his two daughters, Brianna and Grace, and his son, George III (Trey). 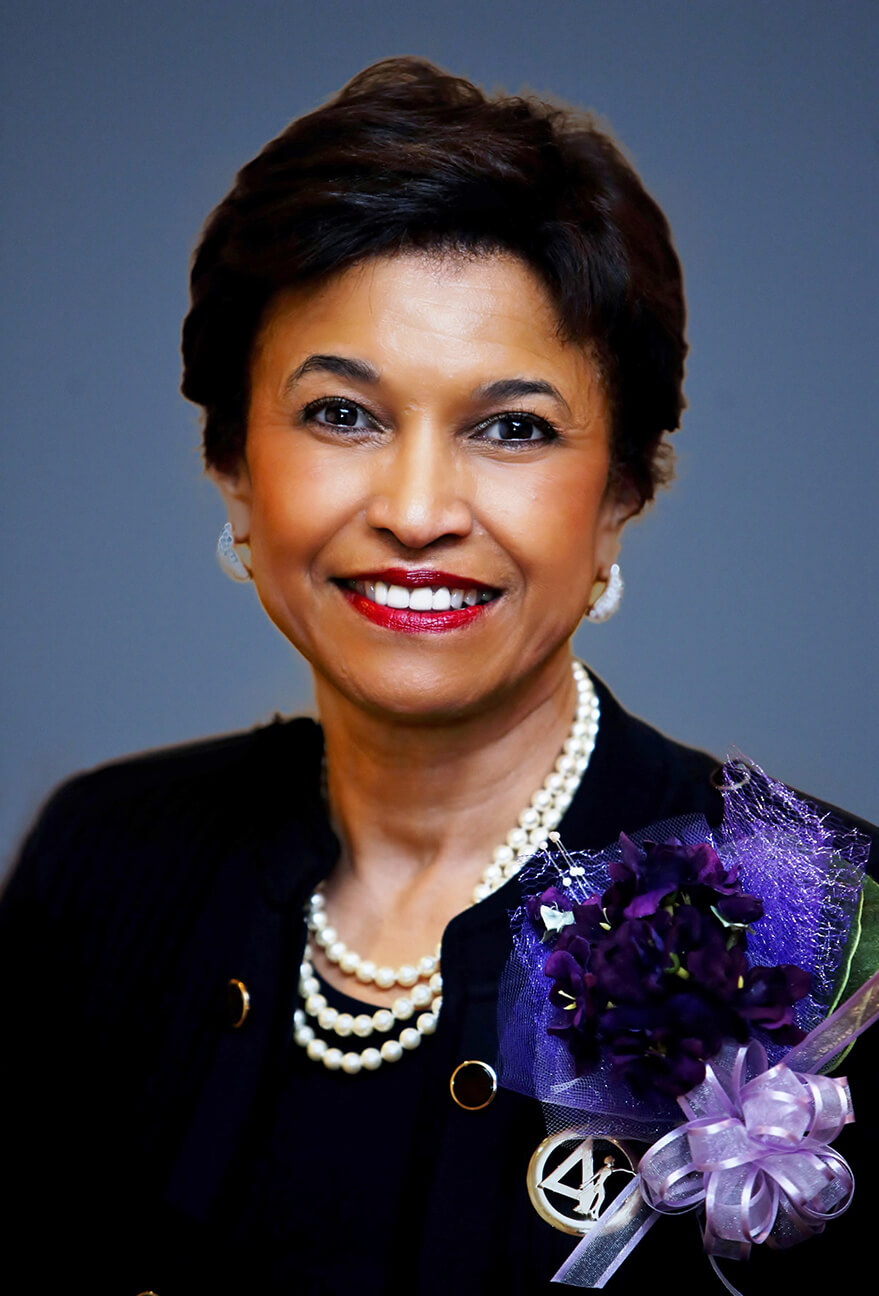 Beverly Evans Smith '70 recently retired as the assistant commissioner and Georgia state director for adult education and GED testing through the Technical College System of Georgia (TCSG). The office provides adult education training programs for over 50,000 Georgia citizens and supports local literacy action groups throughout the state, in addition to being responsible for the administration of all Georgia GED testing.

Smith is also the immediate past chair of the National Association of State Directors’ of Adult Education and has testified before the U.S. Senate HELP Committee representing the issues faced by adults with literacy challenges. In her previous roles as an educator, she served as a college administrator at Kent State University and Georgia State University, as well as an Upward Bound program director and taught high school in Ohio.

As an entrepreneur, Smith is also the senior vice-president of The HR Group Inc., a management consulting firm she co-owns with her husband, Stephen. As a corporate manager, Smith spent 18 years in leadership positions with AT&T and has experience in the areas of strategic planning; organizational effectiveness; operations redesign and restructure; financial management; and human resources.

Active in public service, Smith is the 2017-2019 national president and CEO for Delta Sigma Theta Sorority Inc., the nation’s largest minority female-owned and operated non-profit. She also has previously chaired the Cobb County Board of Elections & Registration and served as a board member for the Atlanta Area Council of Boy Scouts of America, the Chattahoochee Technical College and BGSU’s Alumni Board of Directors, where she chaired its strategic planning committee.

A recipient of numerous honors and awards, Smith was awarded the St. Louis Urban League/Urban League Guild 2018 Lifetime Achievement Award earlier this year. She also was named the 2018 Outstanding Georgia Citizen by the secretary of state and received a U.S. Congressional Certificate of Special Recognition.

Smith earned a bachelor’s degree in education from BGSU and master’s in college student personnel administration from Kent State University. She and her husband of 47 years, Stephen, have have two children, son Brian and daughter Stacy, and five grandchildren.