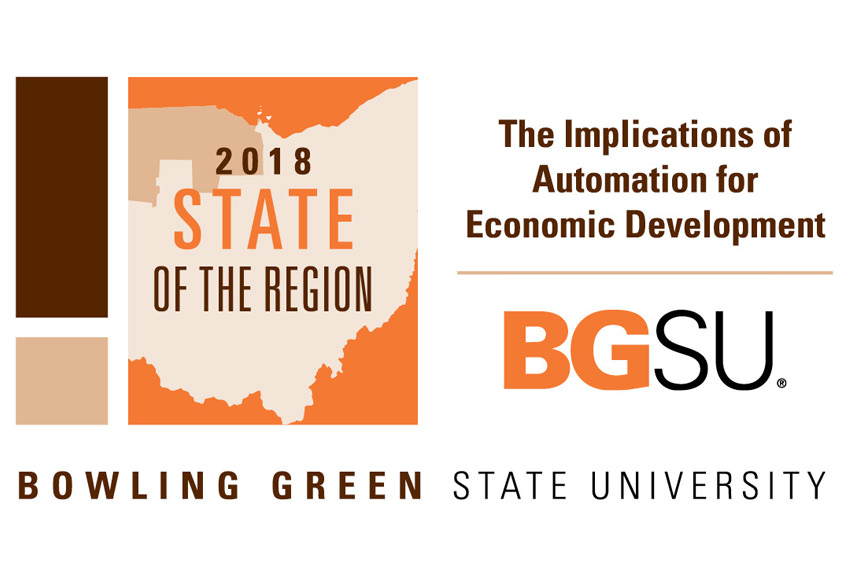 The Implications of Automation for Economic Development

11:00 a.m. - Noon
Business Perspectives on the Scope and Impact of Automation 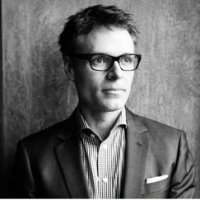 Dr. Eric Daimler is a leading authority in robotics & artificial intelligence with over 20 years of experience in the field as an entrepreneur, investor, academic, and policymaker. Most recently, Daimler is the co-founder and CEO of SpinGlass, a multi-tiered investment platform for fueling the development and adoption of emerging robotics & AI technology. SpinGlass creates, acquires, and applies modern digital technologies, including robotics & AI, to industries traditionally slow to adopt them. Previously, he co-founded six technology companies that have done pioneering work in fields ranging from storage software systems to statistical arbitrage.

Daimler is the author of the forthcoming book Your Augmented Future, a guidebook for entrepreneurs, engineers, policymakers, and citizens on how to understand—and benefit from—the unfolding revolution in robotics & AI. A frequent speaker, lecturer and commentator, he works to empower communities and citizens to leverage robotics & AI for a more sustainable, secure, and prosperous future.

As a Presidential Innovation Fellow in the White House Office of Science and Technology Policy during the Obama Administration, Daimler helped drive the agenda for U.S. leadership in research, commercialization, and public adoption of robotics & AI. He has also served as Assistant Dean and Assistant Professor of Software Engineering in Carnegie Mellon’s School of Computer Science. His academic research focuses on the intersection of Machine Learning, Computational Linguistics, and Network Science (Graph Theory). He has a specialization in public policy and economics, helped launch Carnegie Mellon’s Silicon Valley Campus, and founded its Entrepreneurial Management program.

Daimler studied at the University of Washington-Seattle, Stanford University, and Carnegie Mellon, where he earned his PhD in computer science. He currently splits his time between New York, San Francisco, and Pittsburgh with his wife Melissa Daimler, an expert on the future of work. 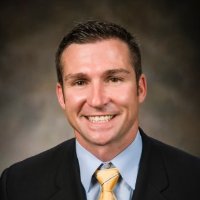 Wayne Bateman is currently a Senior Operations Manager for Amazon at their Etna, Ohio fulfillment center. In this role, he manages more than 3,000 full-time employees at an 850,000+ square foot robotics facility. He has been with Amazon since 2013 in a variety of other managerial roles before obtaining his current role in August of 2017. Bateman holds an M.S. in Logistics and Supply Chain Management from Wright State University, as well as a B.S. in Kinesiology: Sports Medicine Concentration from The University of North Carolina, Greensboro. 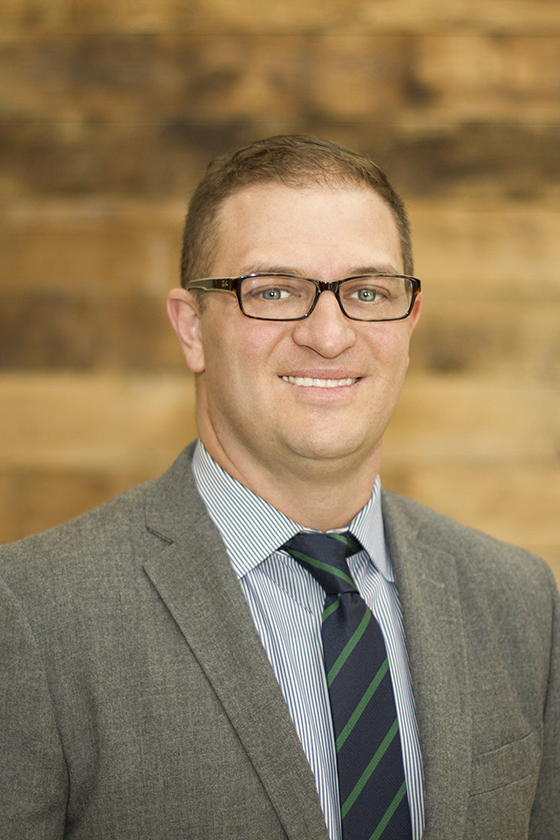 With 15 years of economic development experience, Brent Miles is responsible for development prospects, incentive offers and approvals, and governmental relations. His day to day tasks include contracts for incentives, real estate and land development negotiations, and governmental financing structures. In addition to his role at NorthPoint Development, Brent is President of NorthPoint Incentive Consultants (NPIC) which assists businesses with Federal, State, Local, and Utility Incentive packages. During his career, he has procured more than 600 incentive programs for clients. 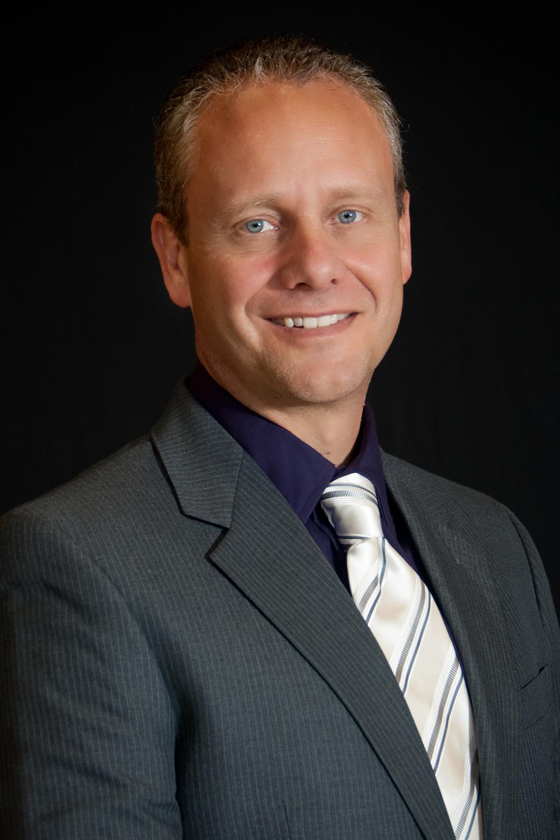 Anthony Nighswander is President and Founder of APT Manufacturing Solutions, a multi-division industry leader in creative and effective solutions to manufacturing problems. Anthony is a natural visionary, sought after by many for his ability to see "through" problems and his relentless drive to blaze trails and overcome obstacles. He is a high-energy leader who has guided and influenced many individuals and organizations to go after their dreams and fulfill their purpose, especially as it aligns with God's vision for their life.

APT Manufacturing Solutions, founded in 1996, is an Ohio based company located in the NW corner. They are a full-service machining and CNC company along with being a Level IV (ASI) Authorized System Integrator for FANUC Robotics, this is the highest level that Fanuc offers. They are in the top 20 integrators in the United States out of approximately 500 integrators. They are one of two companies in the U.S. that has earned the Fanuc Pick Tool Certification for High Speed Picking used in the food industry. They specialize in Robotic Picking, Packing and Palletizing along with the integration of the fillers, case erectors, stretch wrap and conveyor equipment as part of the turnkey solution. They believe in “Training Up” as they have a high School Training program, an Apprenticeship program, and a Soldier Training Program. 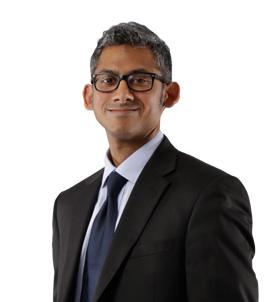 Guhan Venkatu is a group vice president in the Research Department of the Federal Reserve Bank of Cleveland. He leads the department’s regional analysis and outreach group.

Venkatu joined the Cleveland Reserve Bank in 1998 as a research analyst. In his tenure with the bank, he has held positions of increasing responsibility including economist and vice president and senior regional officer of the Bank’s Pittsburgh Branch. His prior research has focused on inflation and inflation expectations, housing and household finance and factors related to regional economic growth. His research and analysis have been a resource for the public, and he has advised and informed the Bank’s president and boards of directors.

Venkatu is a graduate of Leadership Pittsburgh, and he previously served as a member of the Ohio Governor’s Council of Economic Advisors. He received undergraduate and graduate degrees in economics from Miami University in Oxford, Ohio.

The 2016 State of the Region Conference

The 2015 State of the Region Conference

The 2014 State of the Region Conference

The 2014 State of the Region Conference was held Monday, April 14, 2014. Information and presentation documents are available.

The Rules Have Changed: Successful Communities in the 21st Century

The 2013 State of the Region Conference

The 2013 State of the Region Conference was held Friday, February 1, 2013. Information and presentation documents are available.

The 2012 State of the Region Conference

The 2012 State of the Region Conference was held Monday, April 9, 2012. Information and presentation documents are available.

The 2011 State of the Region Conference

The 2011 State of the Region Conference was held Monday, March 14, 2011. Information and presentation documents are available.

The 2010 State of the Region Conference

The 2010 State of the Region Conference was held Friday, February 12, 2010. Information and presentation documents are available.

CRD led a workshop at the Toledo Metropolitan Area Council of Governments General Assembly on 01-29-09. This year's theme is Education Means Business: Building Today's Local and Global Economy. The meeting will be held at the Holiday Inn French Quarter in Perrysburg. The CRD session will show how regional collaboration can connect university and local area governments. See our partners page for TMACOG contact information.

The 2009 State of the Region Conference

The 2009 State of the Region Conference was held Monday, January 28, 2012. Information and presentation documents are available.

CRD can partner with your community or business!