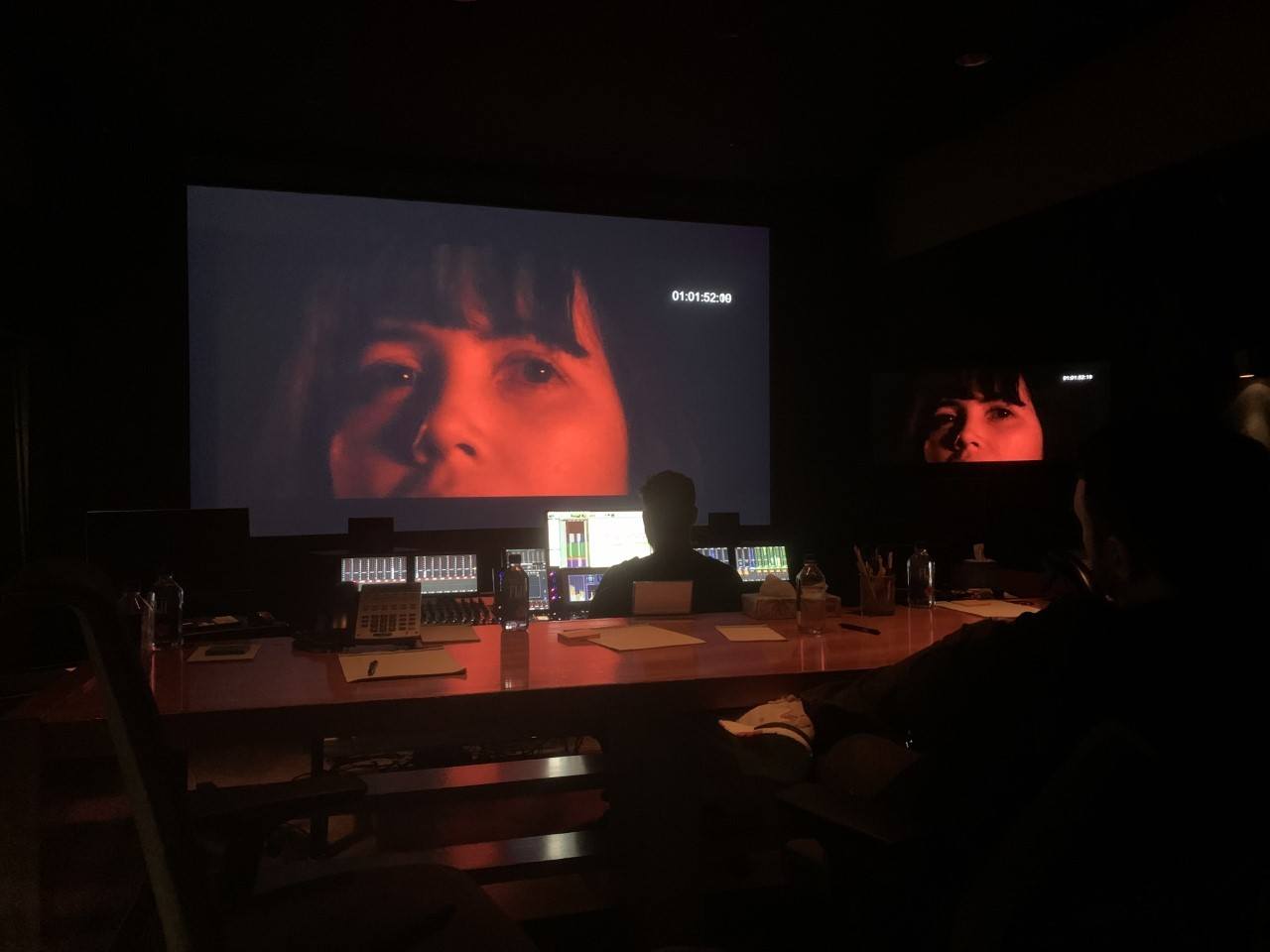 Horror films have intrigued Quinn George ever since his mother rented and let him watch director David Lynch’s “Eraserhead” film when he was 13 years old. The highly psychological, surrealistic horror film stuck with him and shaped his interest in filmmaking.

Thus, it is no surprise that the 2012 Bowling Green State University film production graduate’s short film “Significant Other” emulates some of Lynch’s techniques by infusing the familiar with unsettling situations. 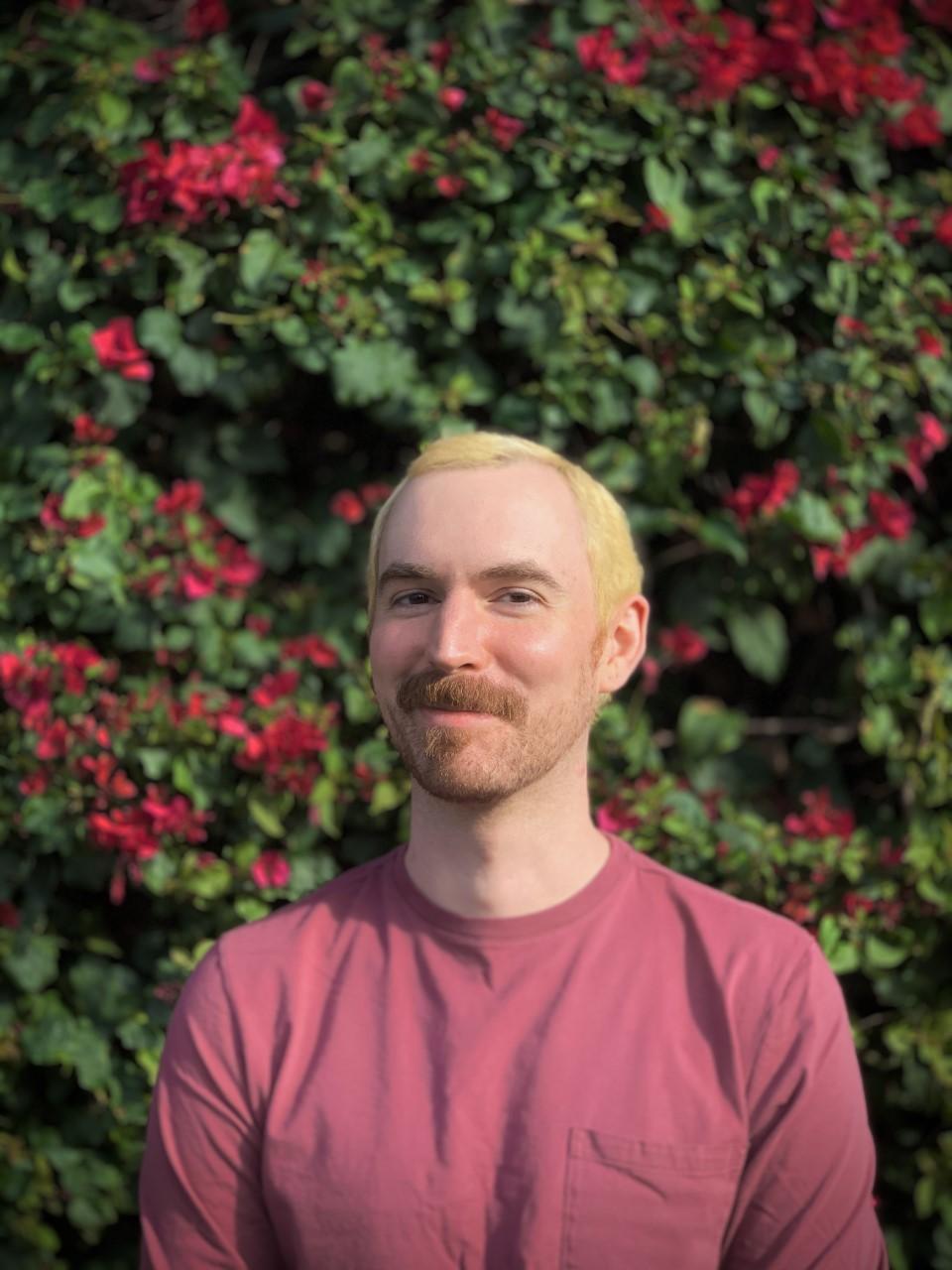 What is somewhat surprising to George is that the short film – the first he has entered into film festivals since he graduated – earned a spot in the 2021 South by Southwest (SXSW) Film Festival in Austin, Texas, as well as the 2020 Telluride (Colorado) Horror Show.

In the short film, a young couple living in a new house provides the familiar experience. The creepy factor starts when a mysterious red orb appears out of nowhere. George packs a lot of discomfort and uncertainty into five minutes and five seconds.

About the film being picked for SXSW, George said, “I was really, really surprised that we got into South by Southwest because you never know the slate of films the festival programmers are working with. You are always hoping for the programmers to be excited by your work and to champion it because it’s not going to happen any other way.

“We submitted it to a ton of festivals, and we got a ton of rejections, so to get South by SouthWest was wild, truly wild. It was very cool, very fun and I feel very fortunate,” he said.

Although, the festival was virtual this year, the event planners structured the events that allowed the filmmakers to connect with one another.

“I got to meet a lot of people who I’m excited to be able to continue to watch their work, talk with them, collaborate and see where everyone’s careers go.”

He had the help of two of his BGSU film classmates – Joe Martin and Brandon Schneider – as well as Josh Russell, a former colleague at Hulu in Los Angeles, where George is a video editor.

George asked if Schneider ‘12, who lives in L.A., and Martin ’11, who was visiting the area, wanted to collaborate on a short film. As they talked about interesting stories to tell, they kept circling around the idea of “an intruder invading your space, your home, those places where you are supposed to be comfortable,” George said.

“I watched a lighting video about interesting lighting techniques and the final shot was this circular light – a blue orb under water. It caught me off guard because it was so beautiful and eerie at the same time. I got locked into my mind about this red orb, and everything started clicking into place,” he said.

The process went quickly. He wrote it; the team got together and filmed it. The editing took a little longer, but the project ended up being a strong joint effort for the three Falcons.

The collaboration was reminiscent of their days in the Department of Theatre and Film at BGSU when they were always making shorts, especially for the 48-Hour Film Festivals.

“The 48-Hour Film Fests is where I learned to make shorts. It’s where we developed those friendships and found the people who you like to collaborate with. That’s where we really cut our teeth on filmmaking,” he said. Usually, the three of them would juggle tasks like writing, directing, filming and editing.

Lucas Ostrowski, an associate professor of theatre and film, remembered George for his “passion for filmmaking as a student. He was very skilled, not just in the standard way of telling the story, but also as a way of creative expression. He found opportunities to refine his skills while a student no matter where he was.”

Ostrowski is happy to see George, Martin and Schneider working together, though he admitted that it’s common for film industry people to work with the people they know.

“What we foster here at BGSU is not a competitive atmosphere, but a process that gives students all the skillsets possible. They want to help each other whether it is on a 48-Hour Film Festival project or a class assignment. Instead of an ‘I want to beat you’ attitude, it’s ‘I want to bring you up.’ There’s a lot of mentorship and when they leave here they still want to be around each other, to collaborate with one another. When they have opportunities, they share those opportunities with others, as well,” Ostrowski said.

About the film, Ostrowski, who also is a huge horror movie fan, said “It was a cool little short. It was creepy. It had a good vibe to it, and it was very David Lynch-esque, one of Quinn’s biggest influences.

“Every job that Quinn has had and every film he makes fosters another chance to make another film. This is a good opportunity to lead to more short work, a feature film or something else.”

The main goal with “Significant Other” was to show their work to a broad audience, but he also used the opportunity “to learn and grow as a filmmaker and to prove we could produce something that looked as good as the films that we were interested in out in the world,” George said.

His long-term goal is to produce a feature film. He and his team have a feature script they are working on and talking with people about, but for now, they are pitching ideas for new shorts, with a goal of doing the work yet this year, as pandemic restrictions loosen up and the world starts to inch toward an environment that doesn’t sound like a horrifying nightmare itself.

“You never know what the future entails but having a short that was an official selection of South By Southwest definitely gives credence to future work. But I’m sure I’ll make future work and it will get rejected by SXSW, but that’s OK. It at least gives me that little push that people took my work seriously. It gave me the confidence to continue working on my specific vision and the things that I want to make.”