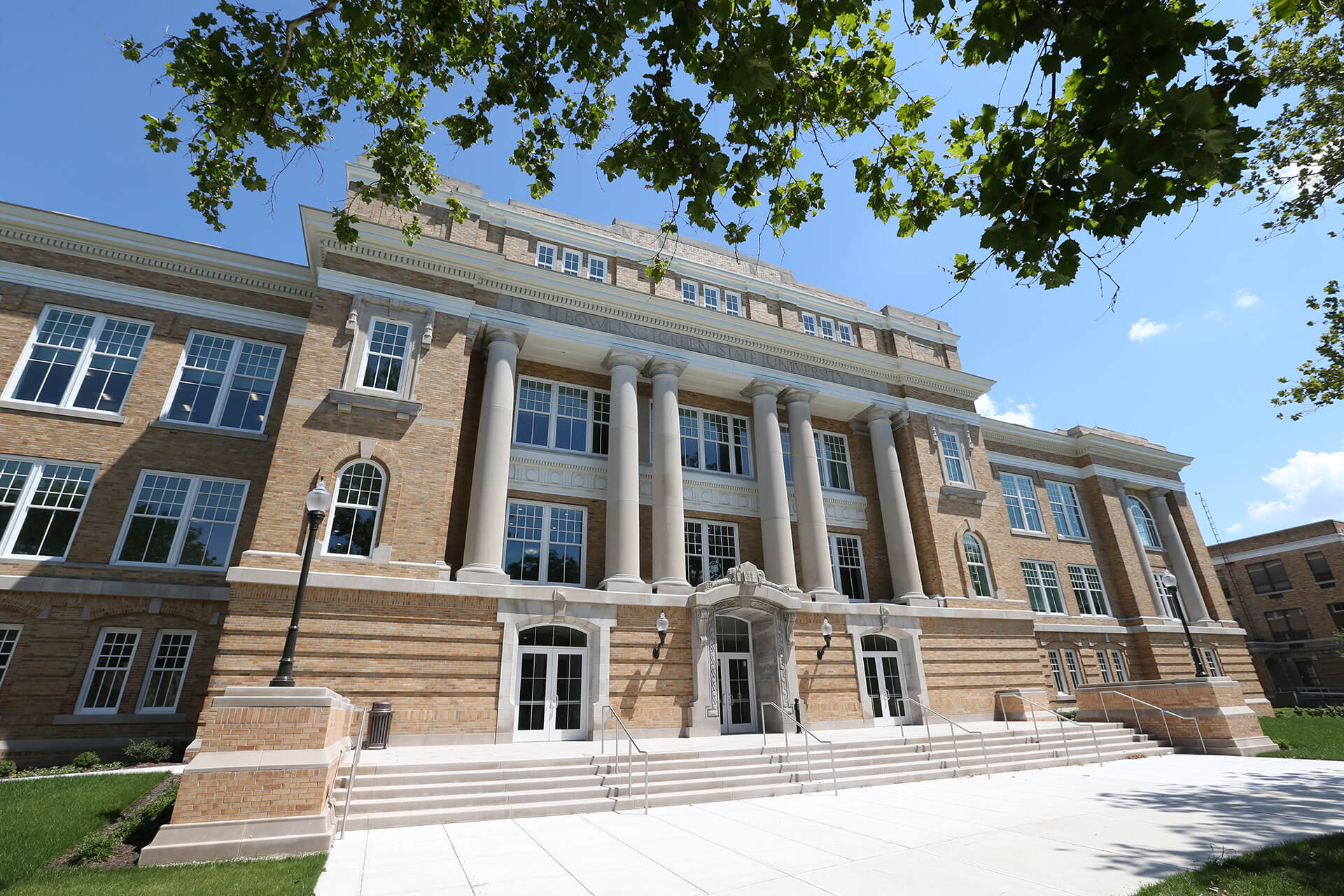 It was the first building on Bowling Green State University’s campus, and now University Hall becomes the first renovated building on campus to receive the gold LEED (Leadership in Energy and Environmental Design) designation.

Awarded by the U.S. Green Building Council, LEED is “the most widely used green building rating system in the world and provides a framework to create healthy, highly efficient and cost-saving green buildings. LEED certification is a globally recognized symbol of sustainability achievement.”

While BGSU has received LEED designations for other new and renovated buildings, the gold designation for University Hall is particularly meaningful, President Rodney Rogers said.

This LEED award further validates our commitment to good environmental stewardship and our pledge to reduce our carbon footprint.

University Hall is the entry point for prospective students with the Office of Admissions, and also houses key, high-impact programs that contribute to student success, such as the Center for Undergraduate Research and Scholarship and Math and Science Education in Action.

Designed by BPHD Architecture, the upgrades focused not only on energy efficiency but also on health, such as using low-emitting materials that are beneficial to the indoor environment for daily occupants and visitors.

Plans for the renovation included a commitment to providing at least 35 percent of the building’s electrical energy from renewable sources. New windows throughout let in natural light, reducing electric demands while also restoring University Hall’s grandeur and views across the center of campus. The new electric lights are LEDs, which, again, reduce energy consumption and the building’s carbon footprint.

Water consumption was also taken into consideration; the plumbing fixtures use non-potable water.

The physical footprint of University Hall was reduced in the renovation, and materials that were removed were re-incorporated into the new structure, reducing the impact on landfills. More green space around the building was also gained.

Even transportation was taken into account, with designated parking spaces provided for low-emitting vehicles and increased bicycle parking areas.

The University now has a number of LEED-certified buildings, including the new Greek Village, which received gold designation in April 2017.