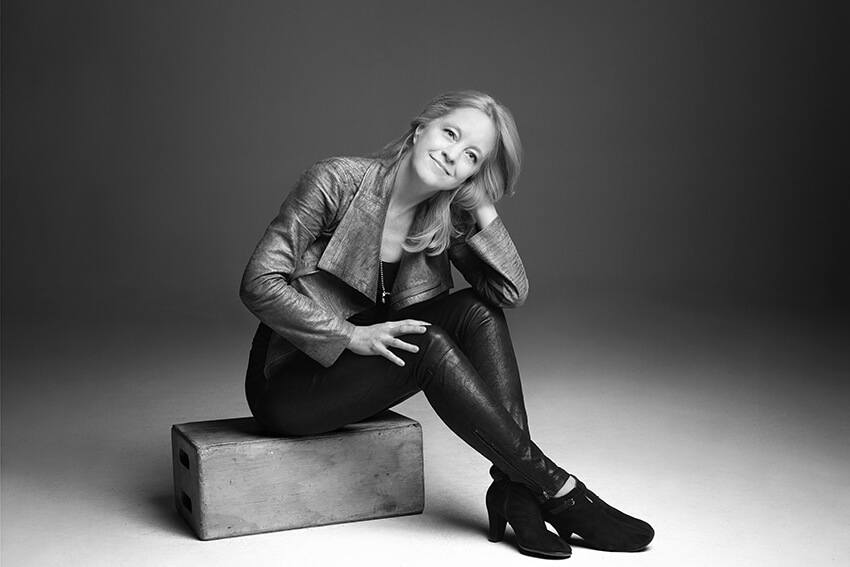 Schneider’s music has been hailed by critics as “evocative, majestic, magical, heart-stoppingly gorgeous, and beyond categorization.” She and her orchestra became widely known starting in 1994 when they released their first recording, “Evanescence.” There, Schneider began to develop her personal way of writing for what would become her 18-member collective, made up of many of the finest musicians in jazz today, tailoring her compositions to distinctly highlight the uniquely creative voices of the group. The Maria Schneider Orchestra has performed at festivals and concert halls worldwide. She has received numerous commissions and guest-conducting invitations, working with more than 85 groups from more than 30 countries.

Schneider’s music blurs the lines between genres, making her long list of commissioners quite varied, stretching from Jazz at Lincoln Center, to The Saint Paul Chamber Orchestra, to collaborations with the late David Bowie. She is among a small few to have received Grammys in multiple genres, including both the jazz and classical categories, as well as for her work with Bowie.

Her recent collaboration with her orchestra and Bowie resulted in his single called "Sue (Or in a Season of Crime),” and brought her a 2016 Grammy (Best Arrangement, Instruments and Vocals). Schneider and her orchestra also received a 2016 Grammy for their latest work, “The Thompson Fields” (Best Large Jazz Ensemble Album).

Her distinguished recording career with the orchestra has earned them 12 Grammy nominations and five Grammy awards.

Unique funding of projects has become a hallmark for Schneider through the trend-setting company, ArtistShare. Her 2004 album, “Concert in the Garden,” became historic as the first recording to win a Grammy with internet-only sales. Even more significantly, it blazed the "crowd-funding" trail as ArtistShare’s first release. She’s been awarded many honors by the Jazz Journalists Association and Downbeat and JazzTimes critics and readers polls. In 2012, her alma mater, the University of Minnesota, presented Schneider with an honorary doctorate, and in 2014, ASCAP awarded her its esteemed Concert Music Award.

Schneider has become a strong voice for music advocacy and, in 2014, testified before the U.S. Congressional Subcommittee on Intellectual Property about digital rights. She has also appeared in CNN, participated in roundtables for the United States Copyright Office, and has been quoted in numerous publications for her views on Spotify, Pandora, YouTube, Google, digital rights and music piracy. Most recently, she and concerned colleagues in New York launched a widespread campaign on behalf of music-makers, MusicAnswers.org.

The Dorothy E. and DuWayne H. Hansen Musical Arts Series Fund was established in 1996 to bring to BGSU and the Bowling Green community significant representatives of the musical arts to share their talents with undergraduate and graduate students in the College of Musical Arts and with residents of the community.

Dorothy Hansen is an alumna of the College of Musical Arts, while DuWayne Hansen is a former chair of the Department of Music Education.