Analyzing the voice of a killer 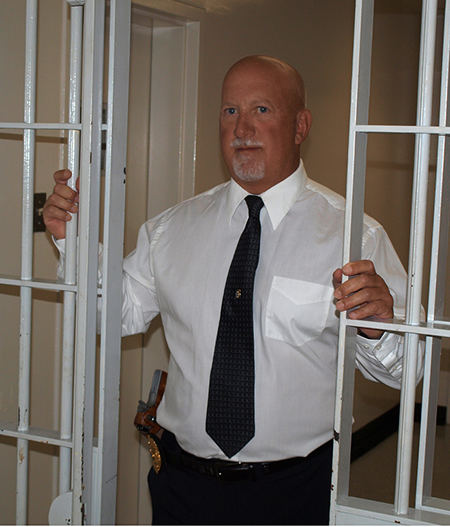 In some of the most heinous crimes, there is no smoking gun, no clearly legible fingerprints and no useable DNA to lead investigators to the guilty party. The single most incriminating piece of evidence might turn out to be the voice of the killer.

During his long career in law enforcement, Tracy Harpster has become one of the leading experts in the world in analyzing 9-1-1 calls and determining if the individual that placed the call is indeed a shocked innocent witness as they profess to be, or the actual perpetrator. It is an investigative tool in very high demand, since “a surprising number of murders end up being reported by the person who committed the homicide,” said Harpster, who graduated from Bowling Green State University in 1983 with a Bachelor of Science in criminal justice.

Sifting through recordings dozens of times and attempting to detect the subtle nuances that point to the caller as the criminal is a cutting edge, new-age science — and one that Harpster has made his forte. Hidden in those gasps, the bursts of emotion, the feigning and the phrasing of the caller are what Harpster refers to as “indicators of innocence, and indicators of guilt.”

He developed a keen interest in this specialized aspect of criminology while studying under Susan H. Adams, Ph.D, his former instructor in statement analysis when Harpster attended the FBI Academy in 2004. Following his graduation from the FBI Academy, Harpster, who works as the deputy police chief in Moraine, Ohio, a Dayton suburb, continued an intensive study of statement analysis.

While pursuing his graduate degree in criminal justice at the University of Cincinnati, Harpster focused his thesis on the indicators of innocence and guilt in 9-1-1 callers and how homicide detectives can use those clues to gain additional insight into the offense. In 2008, Harpster and his former instructor from the FBI teamed up to author a paper for The FBI Law Enforcement Bulletin entitled “Is the Caller the Killer?” They looked at the myriad elements of 9-1-1 homicide calls, and the intricate analysis of statements made by the callers.

Their extensive research of hundreds of cases found distinct differences in the calls placed by innocent parties, and those that originated with the actual killer. 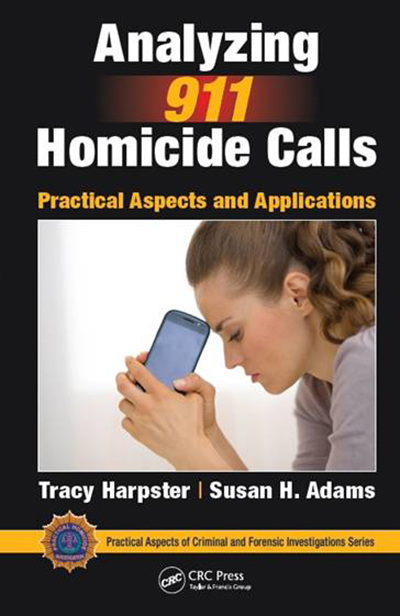 “No one had ever done so much study on the subject before,” Harpster said.

He soon found his area of expertise was much in demand, and Harpster was called on to appear at numerous law enforcement conferences across the country.

Harpster, who has worked on the FBI Joint Terrorism Task Force, the Ohio Organized Crime Investigations Commission and as a Special Deputy-U.S. Marshal, and Adams regularly assist with homicide investigations in the United States, Canada and England.

“I’ve worked my fair share of homicides, but I don’t consider myself a homicide expert,” Harpster said, “but when detectives call I’m happy to help them with these cases. I don’t want to know anything about the case, just the 9-1-1 call.”

He is often able to discern from the recording of the 9-1-1 call the likelihood that the caller is guilty or innocent.

“We get cases all of the time that initially the investigators thought involved an accident, but after getting an audio recording of the call, making a transcript of it, and then reviewing what is there, we often call the detectives back and tell them they are dealing with a homicide,” he said.

Harpster said that while he was attending BGSU and studying in the criminal justice program, he was seriously considering going on to law school. An internship with an Ohio sheriff’s office changed his plans.

“After I did that internship, law school was out. I found that real police work was very challenging, but also a lot of fun,” Harpster said.

He cited the positive influence of Dr. Steven Ludd, now a professor emeritus at the University, for teaching him a lesson that proved very beneficial outside the classroom.

He taught jurisprudence and was a great teacher. However, he once went out of his way to stick up for me and helped me out of a jam. Ludd taught Harpster that sometimes you have to “take it on the chin in life and keep moving forward, and I never forgot that all these years later,” Harpster said.

Harpster is called on often to travel the country teaching the analysis of 9-1-1 calls to detectives, prosecutors and coroners. He has teamed with Adams to author a textbook for forensic investigators entitled “Analyzing 911 Homicide Calls: Practical Aspects and Applications.”

“The investigators we instruct are very receptive,” Harpster said. “This is their world, and they understand how important this research is, and they use it to solve murders.”

Harpster, who has analyzed more than a thousand 9-1-1 homicide calls and has directly assisted the investigation in more than 600 homicide cases, is also a member of the prestigious Vidocq Society, a collection of forensic experts that meet monthly in Philadelphia to pool their skills toward examining "cold case" homicides and unsolved deaths.

“I consider that one of the highest honors for someone in my field of work,” Harpster said. “You are driven to see justice served, and the guilty party identified and prosecuted. It’s very challenging, and although I enjoy it, this is rough work. Quite often, you see the ugliest side of humanity.”