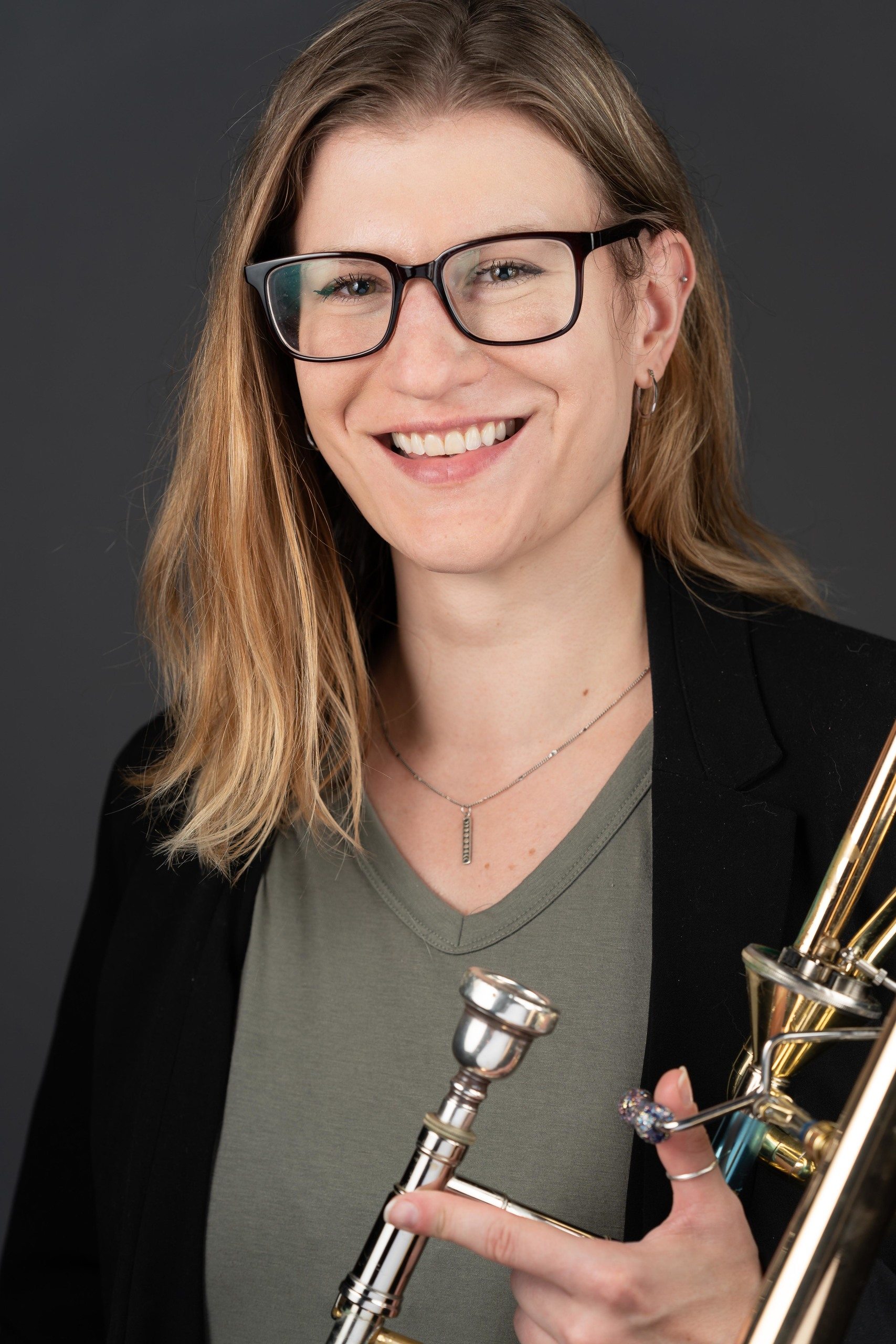 A winner of the S&R Foundation Washington Award, Trombonist Brittany Lasch has appeared as a soloist with ensembles such as the U.S. Army Band “Pershing’s Own”, the Rodney Marsalis Philadelphia Big Brass, and with symphonies around the country. With playing described as “masterful” (Syracuse Post-Standard), American Record Guide recently hailed Brittany as an "excellent soloist." Brittany is Assistant Professor of Trombone at Bowling Green State University in Bowling Green, Ohio, and is on faculty at the Boston University Tanglewood Institute in Lenox, MA. She also performs as Principal Trombone of the Detroit Opera Orchestra at the Detroit Opera House.

Brittany has been a featured guest artist at numerous festivals including the International Trombone Festival, the International Women’s Brass Conference, and the American Trombone Workshop. She was a winner of Astral Artist’s National Auditions as well as the winner of the National Collegiate Solo Competition hosted by the U.S. Army Band, the Eisenberg-Fried Brass Concerto Competition at the Manhattan School of Music, and she was the recipient of the Zulalian Foundation Award in Boston. Her trombone quartet Boston Based won the 2017 International Trombone Association’s Quartet Competition. In 2018, Brittany was awarded 2nd place in The American Prize solo instrumentalist competition. A prizewinner in numerous other competitions, upon graduation from the Manhattan School of Music, she received the coveted John Clark Award for outstanding accomplishment in Brass Performance.

Brittany has performed with orchestras nationwide including the St. Louis Symphony, Detroit Symphony, Nashville Symphony, The Florida Orchestra, Toledo Symphony Orchestra, ProMusica Chamber Orchestra, Rhode Island Philharmonic, the Oregon Bach Festival Orchestra, the Vermont Symphony, Albany Symphony, Symphoria, and the New World Symphony in Miami Beach. She participated in the Verbier Festival Orchestra for two summers and has also appeared at the Spoleto USA Festival, Pacific Music Festival in Sapporo, Japan, the Castleton Festival, in the National Repertory Orchestra, and the Aspen Music Festival. She has been a participant in the prestigious Alessi Trombone Seminar in Fossano, Italy, and in the Summer Trombone Workshop at Temple University.

As an advocate for new music, Brittany has commissioned and performed a number of new pieces for the trombone. She gave the premiere of the orchestrated version of Martin Kennedy's Theme and Variations for Trombone and Orchestra with the BGSU Philharmonia under the direction of Dr. Emily Brown. She also recorded the work with the BGSU Philharmonia, which was recently released on the Albany Records label to acclaim. The recent premiere performance of a consortium commissioned work by composer Inez McComas can be viewed here. Brittany, along with horn player Andrew Pelletier, will give the world premiere of a double concerto by Adam Har-zvi with Wind Symphony on November 17th, 2022, at BGSU as part of the BGSU Honor Band Festival. Brittany, along with frequent collaborator and Curtis faculty member Thomas Weaver, recently premiered her latest commission, a Sonata for Trombone and Piano by Reena Esmail.

A native of Park Ridge, Illinois, Brittany Lasch earned her Doctor of Musical Arts degree from Boston University, where she received the Brass Department Award. She also holds a Master of Music degree from Yale School of Music. With a deep commitment to education, she has been a featured teacher and performer at events such as the DC Trombone Workshop, the Arkansas Trombone Day, and the UW Whitewater Trombone Day.  She has presented masterclasses at universities across the country. Her principal teachers include Toby Oft, Scott Hartman, and Steve Norrell.