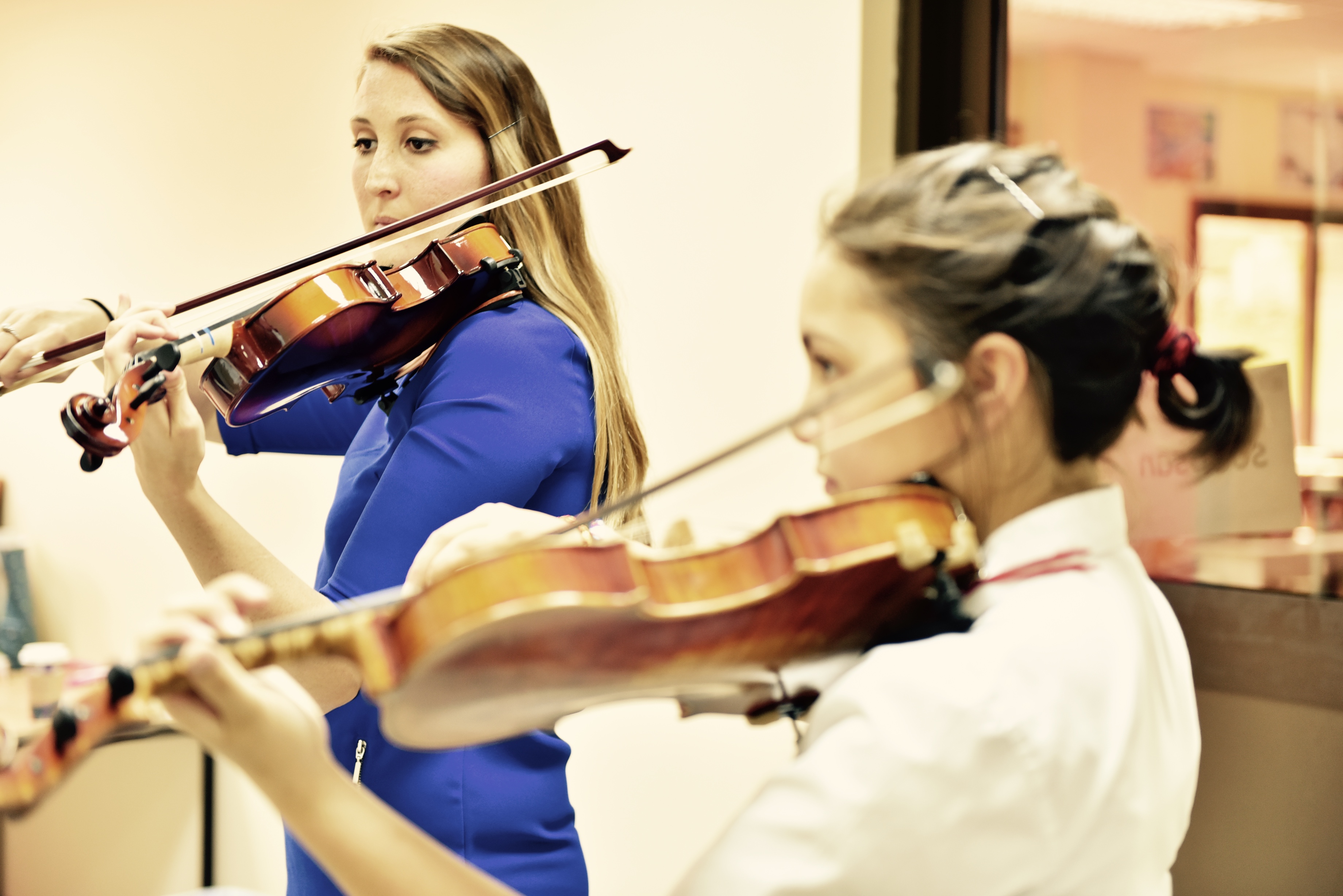 Hannah Lawson is currently teaching music at Dhahran British Grammar School in Saudi Arabia. After graduating from BGSU in 2010, Hannah taught in multiple states in the U.S. In 2014, a job opportunity came about to move to Saudi Arabia with her husband and with no knowledge of the culture or language, she left in hopes of self discovery and has found it.

Dhahran British Grammar school is a part of the ISG (International Schools Group) Middle East Schools. Students come from all over the world to receive a British curriculum. Hannah was hired on to help teach music, but her background in orchestra sparked interest from the administration. After some research she realized that they had an exciting opportunity to be the only running orchestra program on the Eastern Province of Saudi Arabia. Currently she is importing instruments from the U.K., working with local music shops who are unfamiliar with string instruments, and designing a curriculum that will include orchestra during and after the school day.

In Saudi Arabia, the Eastern Province is more traditional. Music and arts are not celebrated like they are in the U.S. Hannah is working on collaborating with advocacy groups, connecting with alumni associations, using social media, and incorporating music education into the local culture.