Welcome to the BGSU Faculty and Staff BGSU Votes resource page.  We have compiled this page to provide you with helpful tools and information to use to integrate voter education and election information into your course or program. 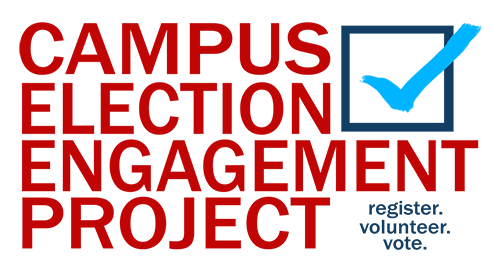 Incorporating Election Engagement Into Your Courses

The Campus Election Engagement Project has pulled together a thorough resource of tips and ideas for incorporating elections into your course or program content. 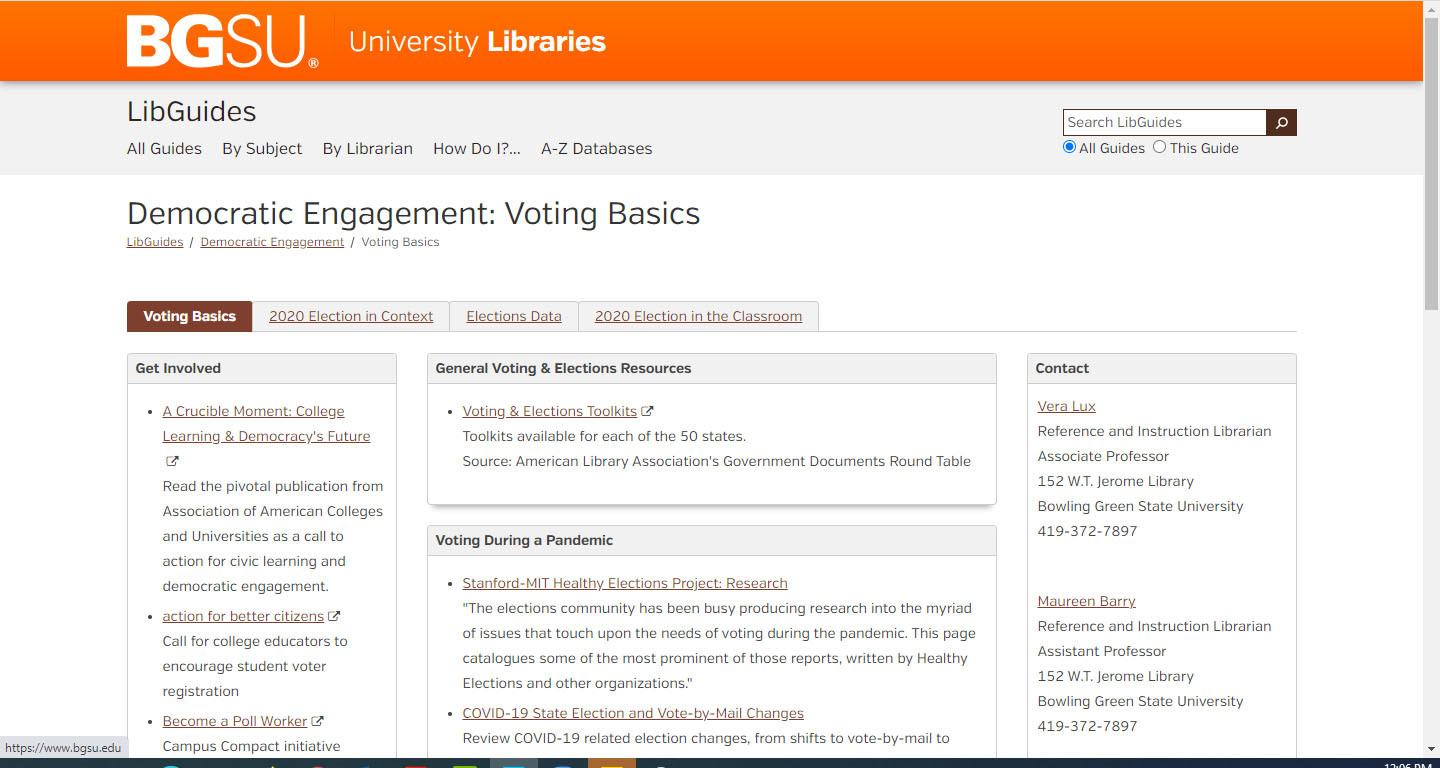 BGSU Librarians Maureen Barry and Vera Lux have compiled useful LibGuide which features information about the basics of voting, the 2020 Election in Context with data and classroom resources.  If you have additional resources that would be helpful to add please contact Maureen Barry or Vera Lux

For additional resources about why voting is important for college students visit:

Why do college students matter in elections?

Each has a process that requires some planning on your part. BGSU Votes has curated some helpful tools to make your voting experience great. To learn more, visit BGSU Votes or call 419-372-9865"

University employees shall not do any of the following:

Individual Activity Outside of Work Hours

Use of University Facilities for Political Events

The University is committed to encouraging free expression. Political activities that do not use University resources or imply University involvement, endorsement of, or opposition to candidates are permissible so long as they are done in accordance with generally applicable University rules and regulations.

University facilities can be reserved and used for partisan political events subject to the following general rules:

Candidates and candidate representatives may speak at the University.

Course appropriate curricular activities educating students about the political process are permissible so long as they are conducted impartially.

Any questions concerning this should be directed as follows:

Locations vary by county (OH Board of Elections Directory)

This TED Ed video summarizes the long history of voting rights in the United States.

In this voting guide, BGSU Votes student leader, Alyssa Tomins covers the basics of registering to vote, voter eligibility, options for voting, and other commonly asked questions. This is a great overview of the voting process and a great tool for student voters.

How Do I Vote By Mail?

Short video from the Campus Election Engagement Project outlining the process for voting by mail.

Voting by Mail: Myth vs. Facts

Do you have concerns voting by mail this fall? Check out this Campus Election Engagement Project video debunking common myths surrounding the process.

Request a Presentation with a BGSU Votes Leader

BGSU has been part of a national study since 2012 to learn more about student registration and voting rates.  This study is coordinated by the Institute for Democracy and Higher Education at Tuft's University's Jonathan M. Tisch College of Civic Life.

NSLVE Report on Voting Rates for Students at Institutions in Ohio