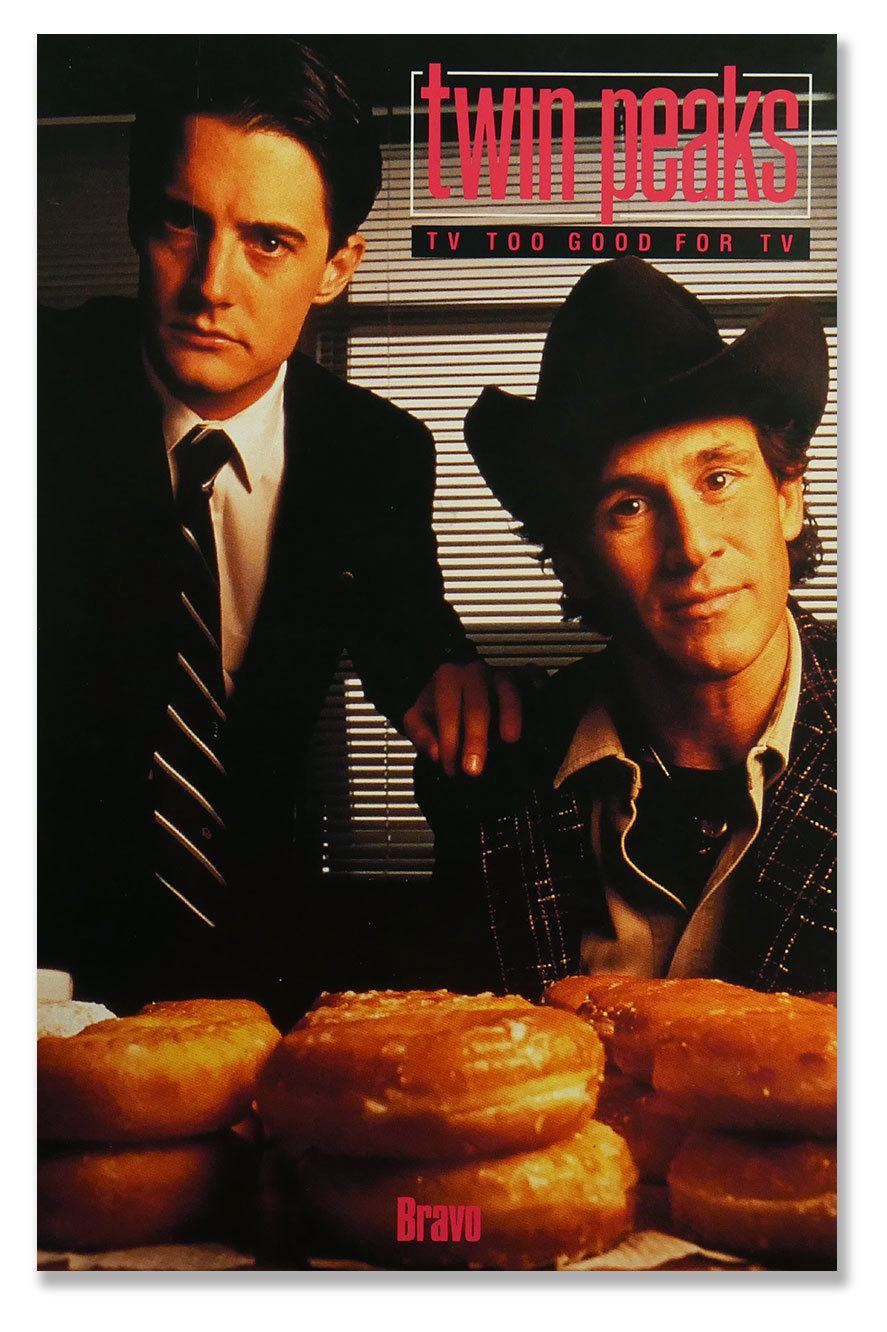 This collection of printed materials and realia is related to the Twin Peaks television series (1990-1991).  These were donated by Frank Sciacca in 2019.

The postmodern Twin Peaks television drama series was created by film director David Lynch.  Lynch has been a significant filmmaker and director since the debut of his first film Eraserhead(1977).  When Twin Peaks aired, not many film directors had worked in television.  Known for his dark and eccentric style, Lynch mixed genres with the television series, including the detective drama and soap opera, which created an intertextual parody.

The program quickly captured the attention of audiences as many tuned in to watch. The series had many unique assets that brought in viewers, such as the casting and the ever-shifting genre style. People were fascinated as they tried to figure out the mystery of ‘who killed Laura Palmer’. Fans were also interested in the art of the show and trying to understand the symbols and dreams.   This collection represents materials gathered by a fan of the cult show.  The finding aid was completed by Sarah Kaniaris, Student Assistant, and Dana Nemeth, Reference Archivist, in August 2019.

Please note that the following books were included in the donation and are in the BPCL’s book holdings,  not housed with the collection. Follow the links below to see the catalog record.