Currently Not Accepting New Member Applications for the Next Academic School Year.

La Maison Française is a community where students of any major interested in French can live and be surrounded by the language and cultures of the Francophone world. Located in Kohl Hall and Founders Hall*, La Maison Française welcomes undergraduate students who have had ANY LEVEL of French to join the community. The Faculty Director has an office in Kohl Hall and the Graduate Student Assistant lives in Founders Hall.

*In order to live in Founders Hall, you must also be accepted into the Honors Learning Community. Learn more about French House. 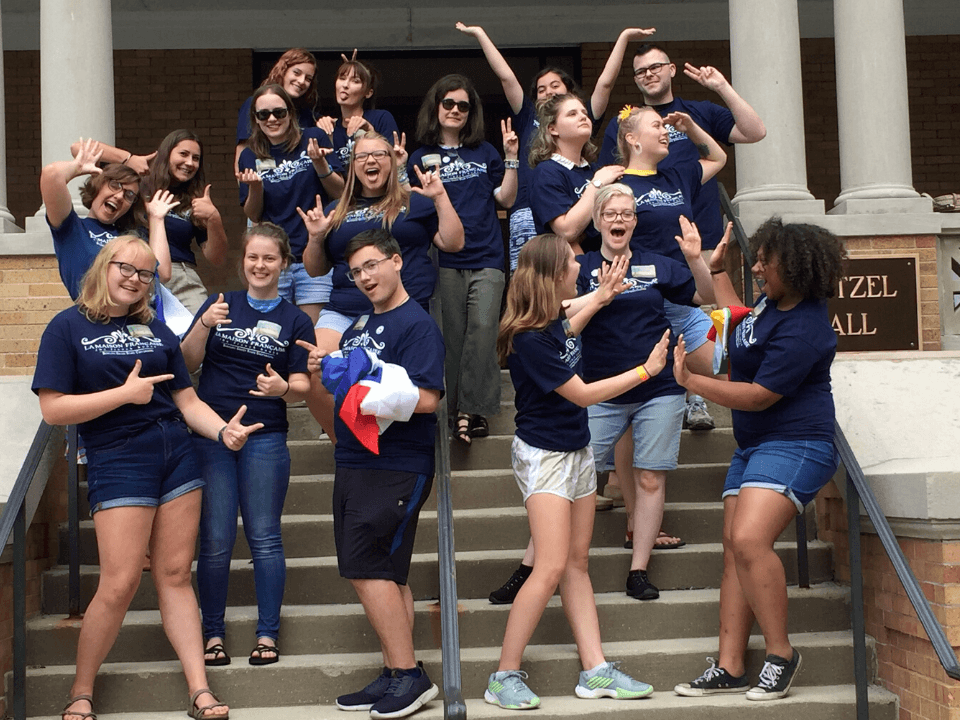 The LC fee will be reimbursed for EVERYONE! 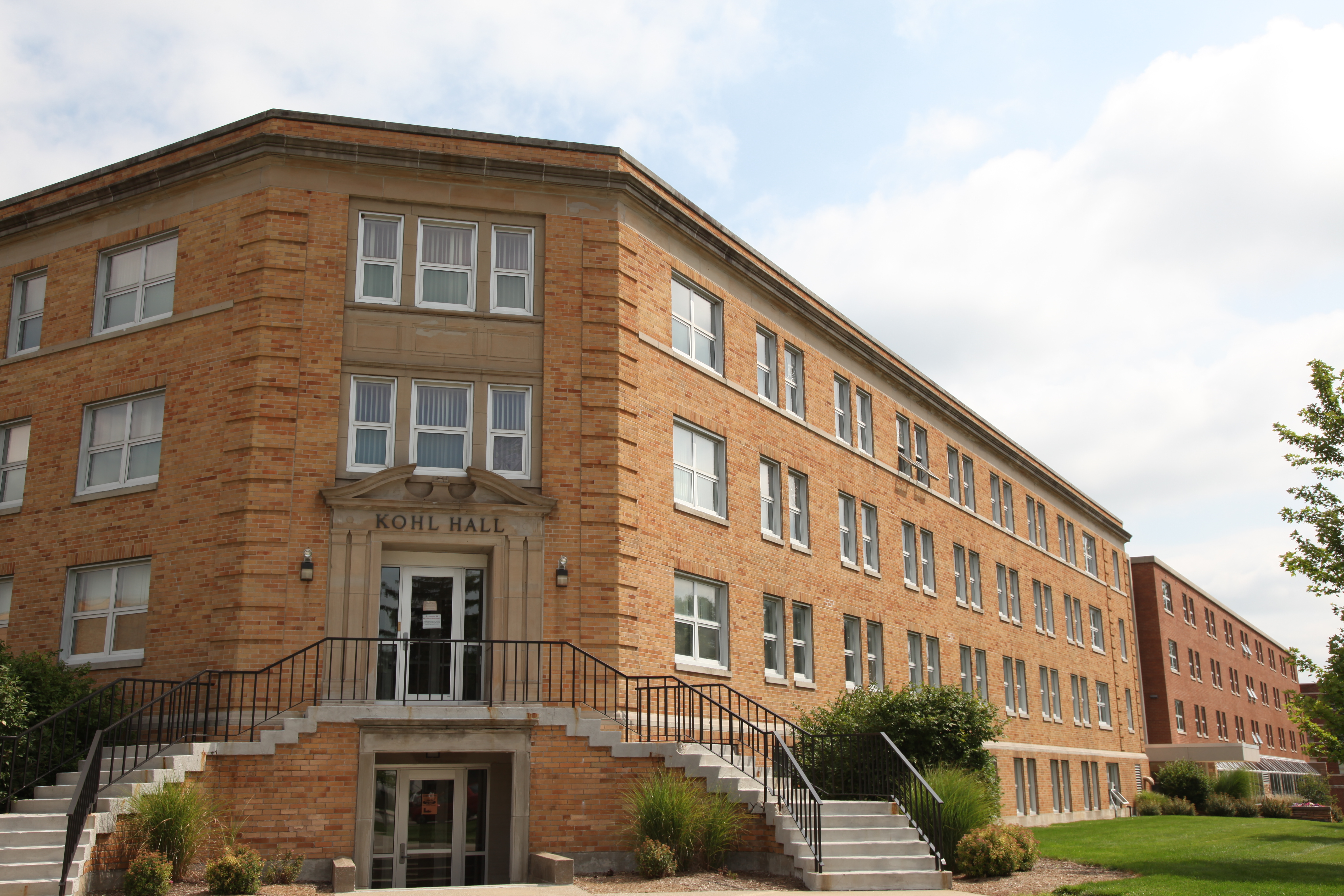 Fees* + Residential Fees
LC Fees will be REIMBURSED for EVERYONE!

Must live in the community? No
Allows roommate pull-ins? Yes
*Fees are per semester.

About the Community | La Maison Française students live in a diverse population in Kohl Hall* along with other highly ambitious and motivated students who are members of other learning communities. Students work, live and play together to ease the transition to college life, while gaining a deeper knowledge of the French culture.

Kohl Hall | This hall is centrally located and steps away from the Bowen-Thompson Student Union and the Jerome Library. Kohl Hall is a traditional residence hall with a modern design and houses classrooms and faculty/staff offices. Amenities include an art studio, music room, study area, computer lab, laundry on each floor, and a full community kitchen.

*A special suite in Founders Hall has also been reserved for our members.
Learn more>> 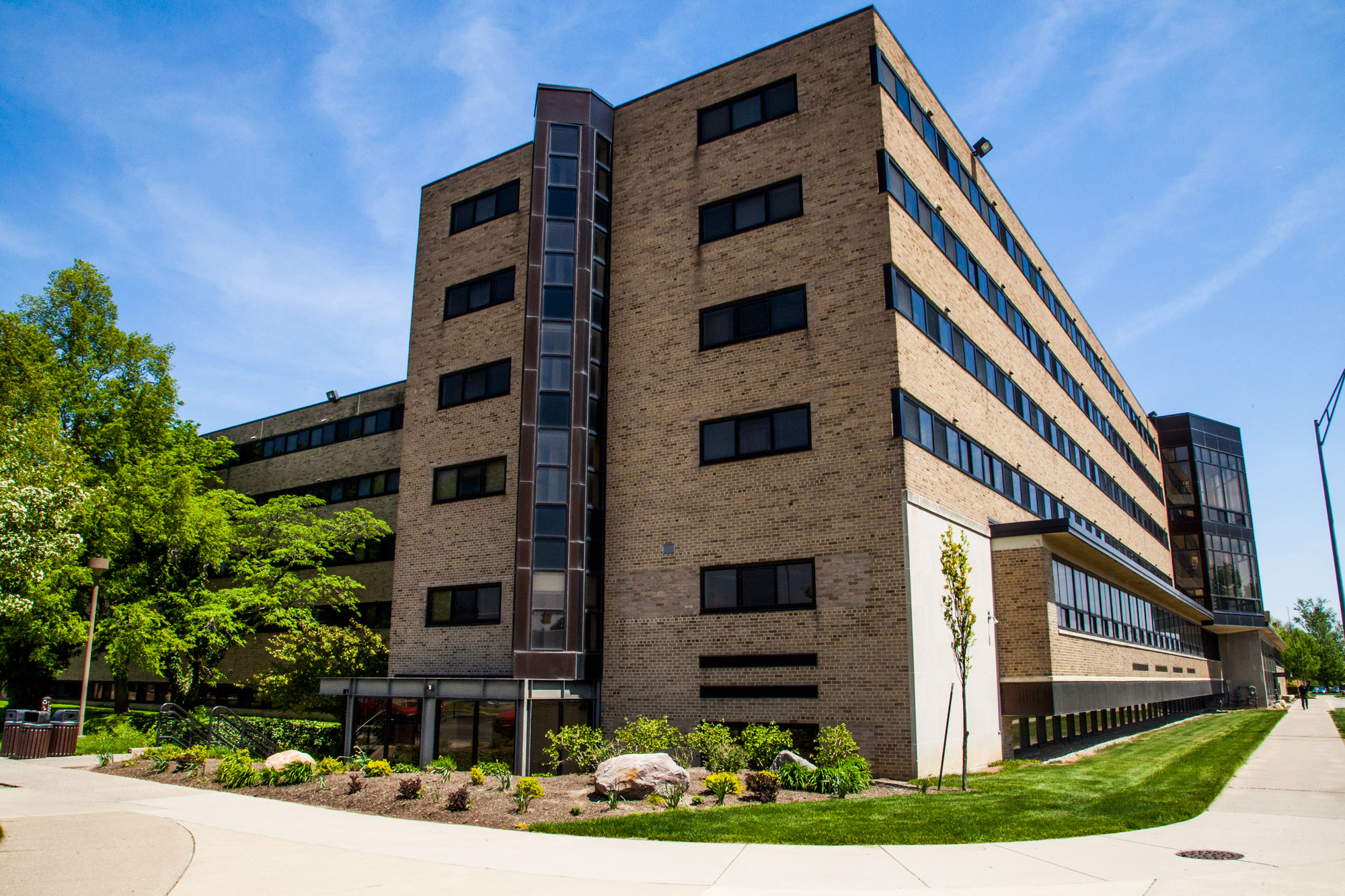 If you are a member of the Honors Learning Community (HLC) but still want to join La Maison Française, you can! HLC has a special suite in Founders Hall reserved for our members. Email us if you are interested in being assigned to the Founders Suite.

Each community has a set of residence hall rooms specifically designated for them. To sign up for one of these rooms, you must apply, and be accepted into the community, prior to April 25, 2018. To ensure your chance to live in the community, please complete the following steps:

If you are experiencing any issues when you are trying to apply for this community or any others, please contact Lenee Hammersmith at 419-372-9979 in our Learning Community Office so she can assist you. We are here to help.

The French House at BGSU is committed to providing the academic support and experiential learning necessary to obtain proficiency in the French language. French House members not only meet other French-speakers in a friendly environment, but they can also check out materials from the French House community library, participate in a reading, Youtube, or television challenge and expand linguistic and cultural understanding at cultural events. French House members gain an important global perspective they can later use to study abroad, for which scholarships are available. 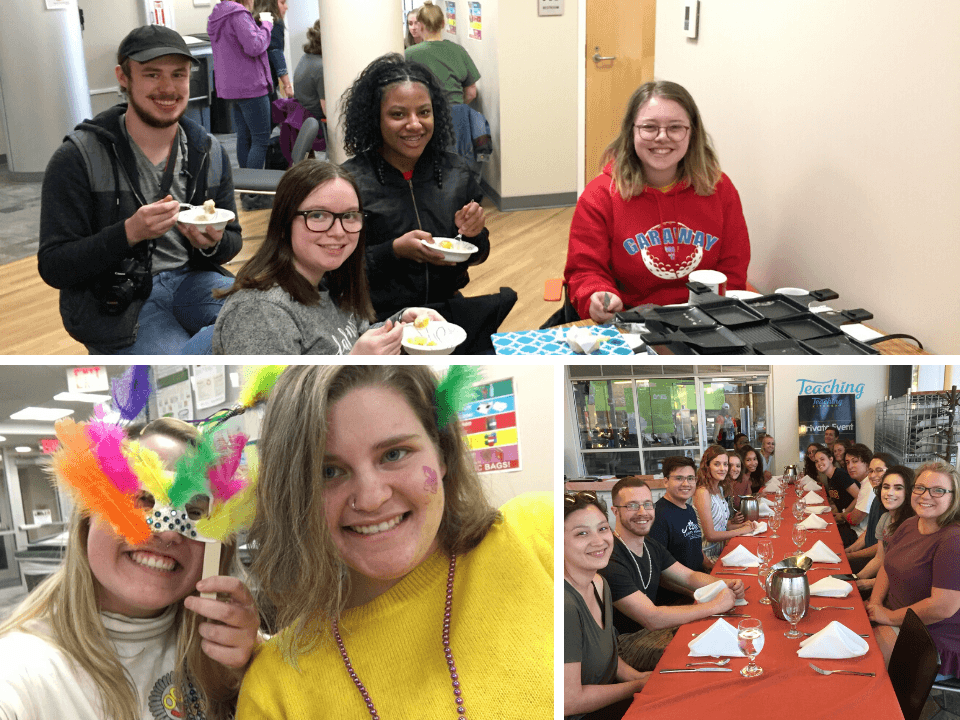 "Moving into the French House as a freshman helped me find my niche on campus right away. Being surrounded by like-minded people who shared my passion for the language, encouraged me to continue learning and improving. I am so grateful for the opportunities that has provided me."--Jennica Betsch '16

Café Conversation features speaking activities and games for all levels of French, so everyone is welcome!  French House members are encouraged to form friendships over fun French conversation, tasty snacks, and a cup of French roast coffee.

French House members start the weekend on the right foot with dinner and a French film.  Food is provided as well as enjoyable and educational French films, such as:

French House members enjoy a variety of special events, including excursions to the Toledo Museum of Art, the Toledo Opera, the Alliance Française of Chicago, Broadway and other French events throughout the region.

La Maison Française was dedicated on October 4, 1971. Through the efforts of Theodore Wakefield, Paul Wurzburger, the Honorary French Consul in Cleveland, made a gift of $50,000 to furnish La Maison Française as a residence where students could become acquainted with French culture, learn about French customs, and increase their knowledge of the language. Professor Micheline Ghibaudo was named the first Faculty Director of the Maison, a post which she held until her retirement in 1990.

In the years following its dedication, supporters continued to endow La Maison Française, enabling it to fulfill its mission. Mrs. Henry Dodge assisted in the establishment of the Dolly Donnell Fund to support cultural activities in La Maison Française. The late Mrs. Donnell’s interest in the French House has been continued by her daughter Mrs. Susan Konkel. Also with the help of Mrs. Dodge, the Paul Wurzburger scholarship was created to assist residents of La Maison Française in studying in France.

A ten-year rededication ceremony was held in 1982. A full week of French activities ended with an address by Jacques Royet, French Consul in Detroit, a reception for French House alumnae and buffet dinner dance.

In October 2002, the thirtieth anniversary of the Maison Française was celebrated with a reception for residents, university faculty and administrators and Advisory Board members.

LIVE AND LEARN WITH STUDENTS WHO SHARE YOUR PASSION

Join one of our Learning or Theme Communities and take advantage of unique opportunities designed to help you succeed in your personal, professional and academic lives. These communities are comprised of students who share a major or common interest.

This Learning Community is a part of the World Languages and Cultures department in the College of Arts and Sciences.