Where this Falcon Flew: Ryan Sowers 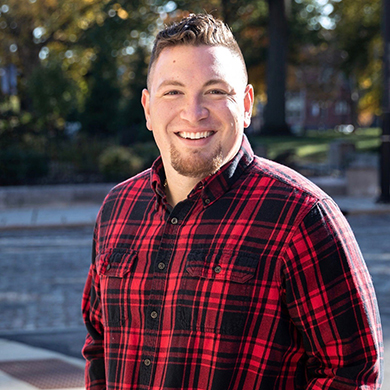 Ryan Sowers graduated from Bowling Green State University with Honors in May of 2015, and he did not waste a minute beginning his career. Ryan began his career working in Higher Education fundraising, but today, you can find him working as one of the Directors of the Heart Mini Race in Cincinnati, Ohio and as the Director of the Butler Warren County Heart Walk.

The Change Ryan Sowers is Making:

He works with a team of six other individuals to make the Heart Mini happen, and this past March was his first race as one of the Directors of the Heart Mini. Every day, Ryan has the chance to work with various companies throughout the Greater Cincinnati and Northern Kentucky areas to help ensure that this event happens.

Where His Journey Began:

It was not all that long ago that Ryan was walking through BGSU’s campus and participating in the Honors College. He began his journey at Bowling Green State University in 2010, where he majored in Business and Marketing Education. When he walked across the stage in 2015, he received a Bachelor’s Degree in Education with a minor in Marketing. He accounts his successes to his choice to attend Bowling Green State University as well as to participate in the Honors College.

During his time at BGSU, he was the chair of the Student Legacy Campaign, was heavily involved with Dance Marathon and was the leader of the Bleacher Creatures. His biggest advice for students is this: “Be open to the changes, roll with the punches, and get involved.” Ryan accounts his willingness to take risks “Be open to the changes, roll with the punches, and get involved.”and get involved with the friendships and relationships he has gained. He will be marrying his falcon flame with all of his best friends standing by his side, and without Bowling Green, he says this would not be the case. Ryan also believes that, at eighteen years old, it is difficult for students to truly know what they want to spend the rest of their lives doing. Therefore, he also suggests that students keep an open mind when it comes to choosing a major.

Overall, Ryan thanks the Honors Program every day for the things that he learned. He says that the three biggest lessons he took away from the Honors College include: “Overall life skills such as time management, organization, and striving for excellence, Leadership, and Critical Thinking.” He says that regardless of your major or career choice, critical thinking is something that he continues to use every single day, and he believes it is one of the most important qualities that Honors College gives students.

Today, Ryan Sowers is truly making a difference in this world through the career path that he has chosen. As students begin looking to the future, know that Bowling Green State University’s Honors Program is one that truly prepares its students to Belong, Stand Out, and Go Far, just as Ryan Sowers is continuing to do every single day.