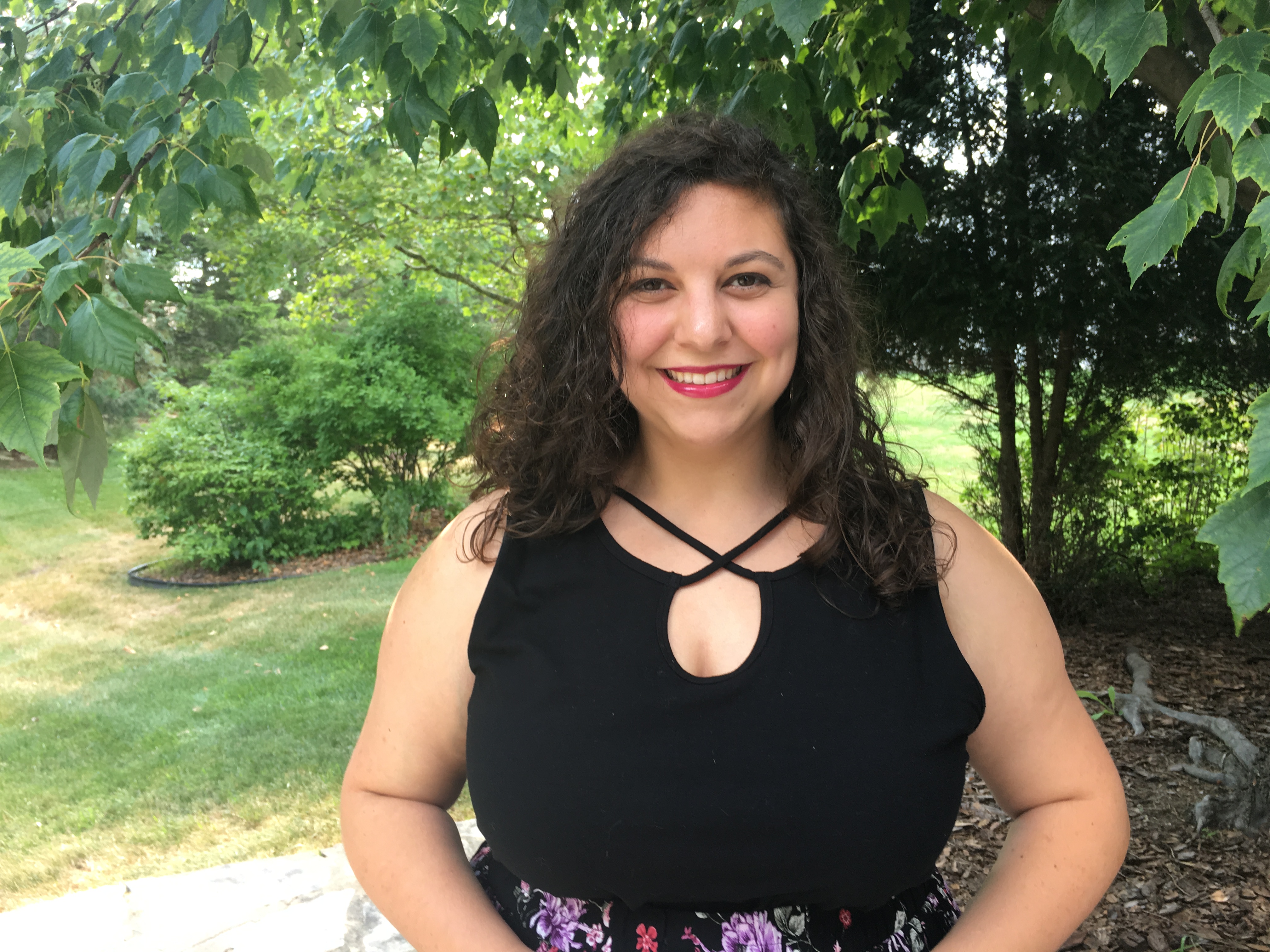 MACIE student Sarah Heineken (MACIE ’19) received a German Studies Research Grant from the German Academic Exchange Service (DAAD) for Summer 2018. DAAD invites highly qualified undergraduate and graduate students to apply for funding to conduct a short-term research project. As DAAD states, “the program is designed to encourage research and promote the study of cultural, political, historical, economic and social aspects of modern and contemporary German affairs from an inter- and multidisciplinary perspective.” We sat down with Sarah to find out more about her research.

Initially, I became interested in German language and culture by doing a gap year after high school through the Congress-Bundestag Youth Exchange Program. This led me to pursue a degree in German Studies at Oberlin College, as well as complete two more academic year-abroad programs in Germany, including working a year as an English Teaching Assistant through the Fulbright Student Program in the city of Dresden.

What was your research topic for your grant project, and how did you choose this subject?

During my time as a Fulbright ETA in Dresden, Germany was at its peak of receiving refugees displaced by the Syrian Civil War. Immigration and asylum popped up in many of the conversations I had with my colleagues at the middle school where I was working. It was interesting to see how their views and opinions compared and contrasted with younger Germans, such as the student teachers and other language assistants who worked at the school.

Dresden is the capital of the state of Saxony, a region which, unfortunately, has a reputation for neo-Nazis and right-wing political parties. I was surprised at many of my colleagues’ willingness to talk about immigration and asylum speakers, often with great compassion and thoughtfulness. As I progressed in my MACIE courses, I kept coming back to my experiences in Dresden and decided to try and shed light on a region that often goes overlooked when discussing refugees in Germany.

How did you structure your research?

My study is a qualitative, phenomenological case study entitled “German Student Teacher Candidates of Syrian Refugees in Dresden: How do German student teachers of first-generation, first- and secondary-school-aged children perceive their role in their refugee students’ lives?” I chose Henri Tajfel’s Social Identity Theory and Pierre Bourdieu’s theories of cultural and social reproduction and social capital theory as my theoretical frameworks so that I could address how teachers select the aspects of German culture and language they deem as critical to pass along to refugee students. I also wanted to address how teachers perceive themselves with regards to others on both macro and micro scales (for example, how do student teacher candidates perceive themselves amongst their peers and fellow university students, versus how society at large perceives student teachers and their work).

My method originally included conducting both individual interviews and focus groups, but due to time and population constraints, I mainly focused on individual interviews. I was able to recruit 11 participants for my study. I had a fairly even gender balance among my subjects, with five women and six men. Within this group of participants, I had a few sub-populations. The first sub-population included two participants who were not teaching candidates through the TU Dresden Education (Lehramt) program, but were either studying to be classroom aides to students with special needs or studying sociology but had worked both for the German government and abroad teaching refugees. The second and third sub-populations included students who had already taught refugee students, and those who would be teaching these students in the near future or later on in their studies. Finally, the fourth and fifth sub-groups in my subjects were those teachers whose teaching specialization was German as a second language and teachers who specialized in different and/or more traditional subjects.

The interviews were conducted predominantly on the campus of TU Dresden (some were conducted off campus to accommodate participants’ schedules). Interviews were planned as two, 50-minute sessions; often the interviews ran over or well under time, mostly depending on the subjects’ amount of teaching experience or lack thereof. During the interviews, most subjects seemed relaxed and at ease, I believe in large part due to the interviews being conducted in German. This lead to very data-rich interviews, often not only answering all the questions on the protocol, but raising further question and points of conversation that came organically through the interview process.

How did you hear about this grant, and what was the application process like?

One of my Graduate Assistantships is with the Education Abroad Office. On their website, they have many links to funding opportunities for students at all levels, and I was browsing through the many options when I came across DAAD. I had actually known about this organization from my undergraduate studies, but didn’t realize at that time that they also had grants available for research in addition to German language courses. I decided to apply for the German Studies Research Grant, which is a short-term grant for students of any major wishing to conduct research on a topic related to German culture, society, or literature.

The application process was very rigorous. I had applied for scholarships and smaller grants, but it was my first time writing a research proposal. I met many times with my advisor and my research methodologist, who very kindly let me use some of their successful grant proposals as a template. I also had to read a lot of primary and secondary literature to help me build a strong case for why my study filled a gap in the existing research on similar topics. I also had to submit a host of documentation, including recommendation letters, a German language assessment, transcripts, and a letter of support from a potential subject.

What advice do you have for students wishing to conduct research abroad or applying for grant funding?

Plan as far in advance as you can! I wish I had looked into funding options much earlier, as I decided to apply for the grant in early October, and the due date was November 1. Be sure to start searching for scholarships and grants as soon as you have a great research idea (and be sure to look at BGSU’s Education Abroad Scholarship webpage). I would also recommend asking your professors and advisors to see some of their grant writing, to get a feeling both for the structure as well as the writing style. Finally, do not be afraid to try! I was very intimidated by attempting to apply for a grant without much experience, but with a little faith and guidance, I was able to get funded to return to a city that meant so much to me, and that I got to know even better through the lens of academic research.