Check out our photo gallery and recap story

Keynote Speaker:  The Courage of Your Convictions

Position: Former Vice President of Corporate Development at Enron as well as whistleblower of accounting irregularities.

Sherron Watkins is the former Vice President of Enron Corporation who alerted then-CEO Ken Lay in August 2001 to accounting irregularities within the company, warning him that Enron ‘might implode in a wave of accounting scandals.’  She has testified before Congressional Committees from the House and Senate investigating Enron’s demise.  Ms. Watkins has been lauded in the press for her courageous actions.  TIME magazine named Sherron, along with two others, Coleen Rowley of the FBI and Cynthia Cooper of WorldCom, as their 2002 Persons of the Year, for being “people who did right just by doing their jobs rightly.”  TIME magazine concluded that, “Democratic capitalism requires that people trust in the integrity of public and private institutions alike. As whistle-blowers, these three became fail-safe systems that did not fail. For believing—really believing—that the truth is one thing that must not be moved off the books, and for stepping in to make sure that it wasn't, they have been chosen by TIME as its Persons of the Year for 2002.”

In recognition of her outstanding demonstration of ethics in the work place, Ms. Watkins has received numerous honors, including the Court TV Scales of Justice Award and its Everyday Hero’s Award, the Women Mean Business Award from the Business and Professional Women/USA Organization, and the 2003 Woman of the Year Award by Houston Baptist University.  Glamour Magazine named her one of its 2002 Women of the Year, and Barbara Walters included her as one of the 10 Most Fascinating People of 2002.  In 2003, the National Academy of Management presented Ms. Watkins with their Distinguished Executive Award and the Women’s Economic Round Table honored her with the Rolfe Award for Educating the Public about Business and Finance.

Ms. Watkins is co-author, along with prize-winning journalist, Mimi Swartz, of Power Failure, the Inside Story of the Collapse of Enron, published by Doubleday in March 2003.   Currently Ms. Watkins is lecturing around the globe on the leadership lessons from Enron’s failure.

Ms. Watkins joined Enron in late 1993, initially working for Andrew Fastow, managing Enron’s $1 billion-plus portfolio of energy related investments held in Enron’s various investment vehicles.  She held the portfolio management position for just over 3 years, transferring at the start of 1997 to Enron’s international group focusing primarily on mergers and acquisitions of energy assets around the world.  In early 2000, Ms. Watkins transferred into Enron’s broadband unit where she worked on various projects until late June of 2001 when she went back to work for Mr. Fastow in his new area of responsibility over the mergers and acquisitions group of Enron Corp.  Ms. Watkins resigned from Enron in November 2002.

Prior to joining Enron, Ms. Watkins worked for 3 years as the portfolio manager of MG Trade Finance Corp’s commodity backed finance assets in New York City and for 8 years in the auditing group of both the New York and Houston offices of Arthur Andersen.

Ms. Watkins is a Certified Public Accountant.  She holds a Masters in Professional Accounting as well as a B.B.A. in accounting and business honors from the University of Texas at Austin.

Ms. Watkins is married with one child and resides in Houston, Texas.

Amy Shore, CPCU, CLU, is the Senior Vice President, Field Operations, for Nationwide Insurance.  Amy leads the field operations for Nationwide’s property and casualty organization.  She is accountable for the growth and profitability of the brand across a $7.6B portfolio of personal and commercial insurance products.

Amy has 27 years of experience in the P&C industry, including 16 years in varying leadership positions across Nationwide. She has a breadth of leadership experience in a variety of business functions including sales, underwriting, product/pricing, customer service and general management.  Her current team includes 8 regional vice presidents, and 2 staff vice presidents that lead 1,500 associates and 3,500 agents.

Amy holds a bachelor’s degree in business administration from Bowling Green State University. She also is a Chartered Property/Casualty Underwriter (CPCU) and Chartered Life Underwriter (CLU). Amy is actively involved in her local community, has served on several Boards, including the board of advocates at the Schmidthorst College of Business at BGSU, Senior Independence and Powell United Methodist Church.  She is a former board member and treasurer for Delaware County United Way.

Amy and her husband, Alan, have been married for 27 years and have two children, ages 23 and 18.

On July 1, 2004, after spending thirty-five years in the car business, Marianne Ballas purchased her automotive dealership called Ballas Buick-GMC.  She was the first woman dealer in the State of Ohio appointed through the “Women’s Retail Network” of General Motors.  Less than 4% of auto dealerships in the U.S. are owned by women.

Currently Marianne is on the board of the Toledo Auto Dealers Association.  She also serves on several automotive related national committees and councils.  Marianne represents the eleven state region called North Central on the Women Dealer Advisory Council to General Motors and the Buick GMC National dealer council to General Motors.  She also is President of the Northwest Ohio/Southeast Michigan Local Marketing group.

Marianne has received several awards for business that include the 2011 Pacemaker Award from the University of Toledo, the 2013 Athena Award for N.W. Ohio, and the YWCA Milestones award in 2014.  Her company also received the BBB Torch Award for Marketplace Ethics in 2006.

Marianne is active in the local volunteer community.  She serves as Chair of a group she founded in 2006 called “Women & Philanthropy” at the University of Toledo.  She is also an active member of ADUK (Auto Dealers United for Kids) that has awarded over 1.5 million dollars to local charities in Northwest Ohio and Southeast Michigan over the past eleven years.

Ballas Buick-GMC is a sales leader in the State of Ohio and has received the “Mark of Excellence” award from General Motors for five consecutive years.

She is the proud mother of two sons who work with her in the business.  She also has five grandchildren.

Ms. Beall is senior vice president, Corporate Planning, Government and Public Affairs of Marathon Petroleum Corporation. She is also president and a member of the board of directors of MPLX LP. Beall serves on the board of trustees of The University of Findlay and is a member of The Ohio Society of CPAs.

She began her career with Marathon in 1978 as an auditor and held positions with the Corporate Risk and Environmental Affairs and Domestic Funds organizations before transferring to USX Corporation as general manager, Treasury Services in 1985. She also held senior financial positions at NationsRent, Inc. and OHM Corporation, and served on the boards of directors of System One Services, Inc. and Boyle Engineering.

Ms. Beall graduated from The University of Findlay with a bachelor's degree in accounting in 1978. In 1984, she received her master's degree in business administration from Bowling Green State University. Ms. Beall was licensed as a certified public accountant in Ohio in 1984.

Imhoff began her career in the Toledo office of Arthur Young (later became Ernst & Young) and subsequently transferred to their Houston, Texas office and then to their Columbus, Ohio office. While at Ernst & Young, she advanced to the level of Senior Audit Manager focusing primarily in the manufacturing, retail and construction industries.

After leaving Longaberger, Imhoff formed Imhoff Consulting and provides independent consulting services primarily in the areas of finance and accounting.

Imhoff is involved in the community at many levels and has received several appointments and awards.  In 2004, she was appointed by the Governor of Ohio to a nine-year term on the Bowling Green State University Board of Trustees and is a past Board Vice-Chair.   She served on the Board of Trustees of the YWCA of Columbus from 1991-2003 and is the past Board Chair, Vice Chair and Treasurer. She also served as the Treasurer on the Board of the Columbus Chapter of the United Nations Association.  In 1999, she was selected as one of Columbus Business First’s “40 under 40” and in 1992, was honored as the Central Ohio Girls Scout’s Woman of Distinction.

She lives in Granville, Ohio with her husband Keith Imhoff ‘81 and her twin daughters, Grace and Sarah.

She is board certified in healthcare management and a Fellow in the American College of Healthcare Executives (ACHE).  As a Fellow of ACHE, Andrea presently serves on the Board of Governors.

Andrea was the National President for the National Association of Health Services Executives from 2011-2013.  In 2008, she was named as one of the “top 25 minority executives in healthcare” by Modern Healthcare.

She received a bachelor of art degree in Psychology from the University of Michigan, and a master’s degree in Health Administration from Tulane University School of Public Health and Tropical Medicine.

Prior to joining Fort Washington, Rahe was president and a board member of the United States Trust Company of New York. Additionally, she also has served as vice chair of the board of The Harris Bank in Chicago and has held various positions at JPMorgan in London and New York. A native of Chicago, Rahe is a graduate of Bowling Green State University in Bowling Green, Ohio. She was also a Ph.D. candidate at The Ohio State University in Columbus, Ohio, and earned her Masters of Business Administration in International Management with honors from Thunderbird School of Global Management  in Glendale, Arizona.

A well-known and acknowledged expert in financial services, Rahe was featured in Vanity Fair magazine as one of “America’s Most Influential Women-200 Legends, Leaders and Trailblazers.”

Sandy Rich is Senior Vice President and Chief Compliance Officer for the Nationwide Mutual Insurance organization.  In this role, Sandy is accountable for providing compliance support to all businesses within the Nationwide enterprise, including Nationwide’s property and casualty and life insurance businesses, its broker-dealers, investment advisers and mutual fund complex, and Nationwide Bank.

Before joining Nationwide, Sandy was an associate in the Columbus office of the international law firm Squire, Sanders & Dempsey.  She also ran her own law practice from 1999-2003, focusing on business, real estate and employment matters.

Sandy serves as a director on the board of the Boys & Girls Clubs of Columbus.  She also is a long-time volunteer with the Friends of the Homeless. 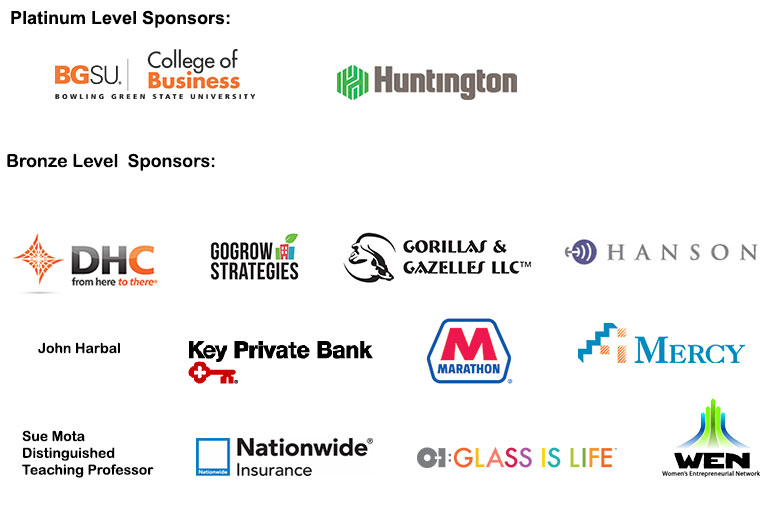