In April of 2016, WE ARE ONE TEAM (WA1T) hosted its inaugural WA1T 5K Run/Walk to promote social justice through sport at BGSU. The goal of this annual event is to promote social justice, diversity, inclusion, and teamwork through the power of sport in the BGSU and Bowling Green community. For the inaugural 5K, WE ARE ONE TEAM (WA1T) partnered up with The Cocoon, the Interfraternity Council. The Panhellenic Council, It’s On Us, and the School of Human Movement, Sport, and Leisure Studies around the 5K theme “It’s On Us to End Sexual & Domestic Violence.” The 2017 WA1T 5K Run/Walk date and theme will be announced in December of 2016.

With each WA1T 5K Run/Walk, we send a clear message: Even though we may start as individuals, we can only be successful as a team. Join us for our next WA1T 5K Run/Walk to show that, as Falcons, WE ARE ONE TEAM (WA1T)! 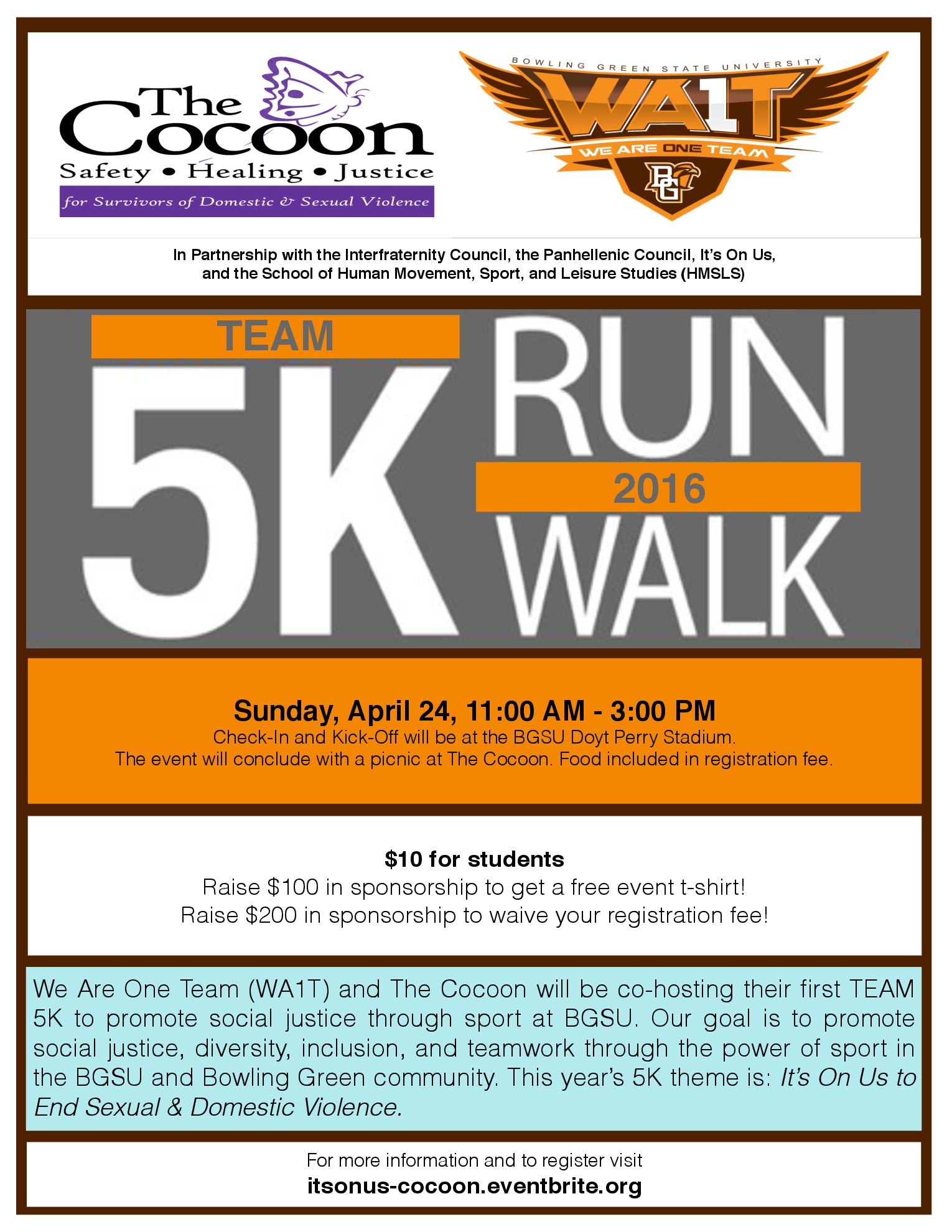 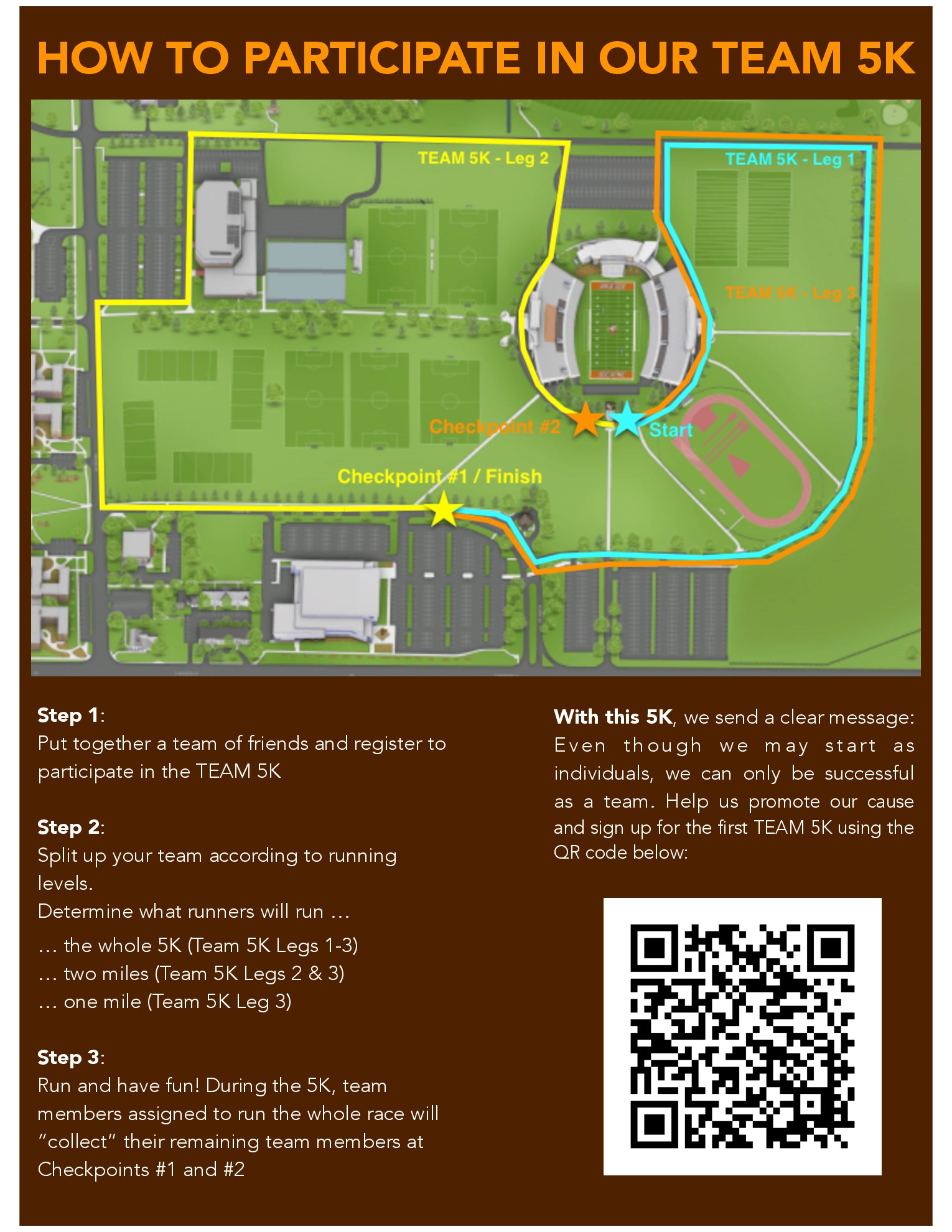