“A country that merely wants to buy goods and services from other countries, thus accumulating a huge trade deficit, may be able to rely on others' willingness to speak its language.  But a country that wants to sell goods and services must learn the languages and cultures of its prospective customers” (Stephen Brockmann in The Chronicle for Higher Learning, 3/6/2009)

Not everyone is aware of the wide range of countries where French is spoken. The map below, published by L’Organisation internationale de la francophonie, provides a helpful overview: 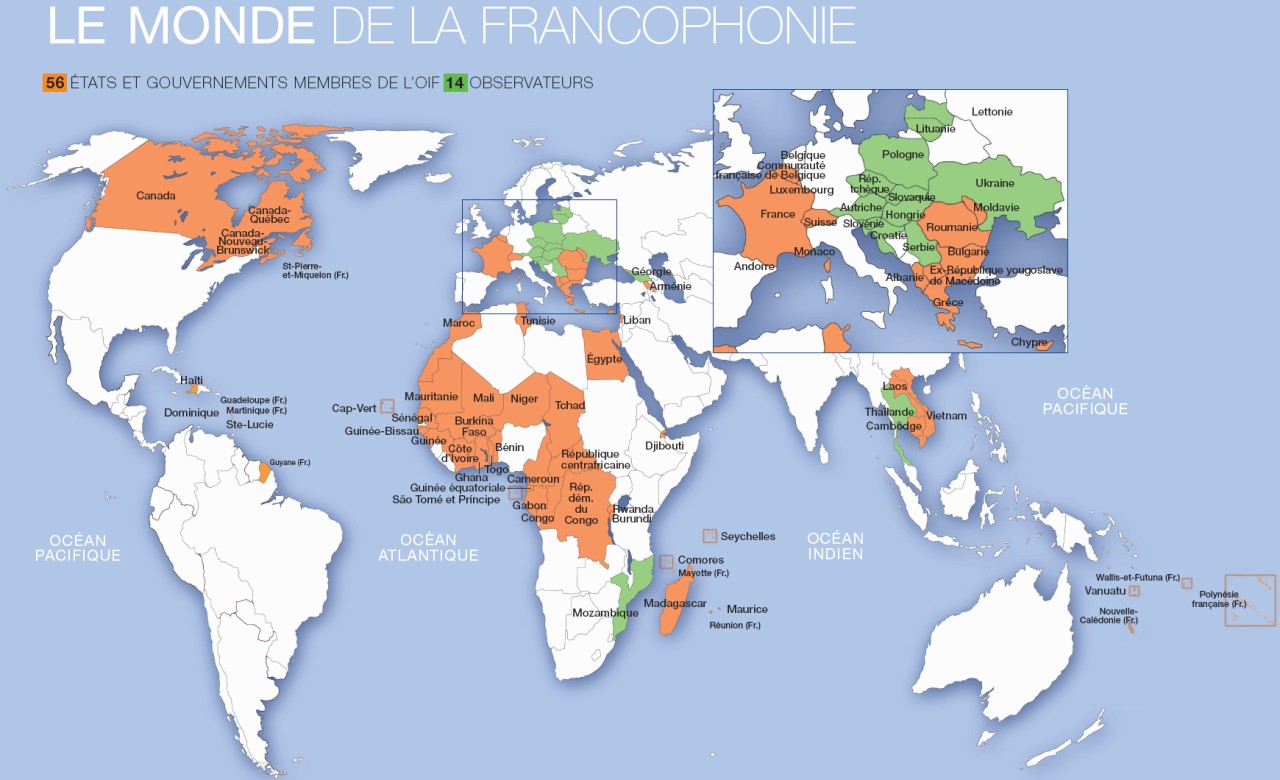 The M.A. in French allows students to tap into global opportunities, whether one chooses the domain of business, education, development, journalism or politics. Developing linguistic and cultural proficiency in French is key for gaining insight into different world perspectives; such proficiency also makes accessible research in multiple academic disciplines. International agencies such as the U.N., NATO, the hubs of the European Union (Bruxelles, Strasbourg, and Luxembourg) "and" between "UNESCO" and "the Organization for Economic Cooperation and Development (OECD),"  are just some of the international organizations that become more accessible with advanced- to superior-level proficiency of French. 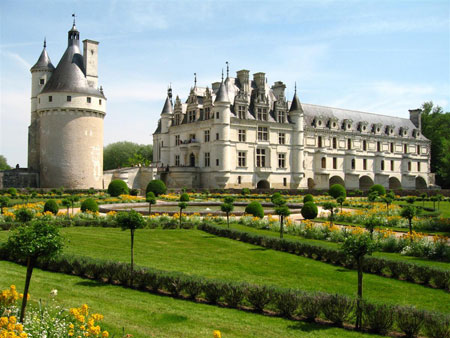 According to the Organisation de la Francophonie [OIF], a French-speaking Commonwealth that unites 75 countries with a population of 890 million, the French language continues to play a vital role in globalization [http://www.francophonie.org/Qui-sommes-nous.html].  Among Europeans, French is the second most common native language (after German): in fact, there are 220 million French speakers world wide, and the French-speaking nations make up 20% of the global market.  It is worth noting as well that over 60% of French speakers is under the age of 30, and within the international academic context, there are 781 institutions of higher education and research.  Moreover, as the American Association of Teachers of French points out, "French-speaking countries have been at the forefront of medical research in fields such as HIV virus research, medical genetics, and reconstructive surgery.  They have also been on the cutting edge of scientific discoveries and technological innovations in nanotechnology, nuclear energy, voice compression, fiber optics, microchips, video gaming, aerospace technology, and high-speed rail services. [...]"  Equally, if not more, important:  "a person who knows French can work toward global consensus and peace and participate in humanitarian efforts, since French is an official or working language in many international agencies and organizations, including Amnesty International World Health Organization, International Red Cross, United Nations, and Doctors without Borders"  [http://www.utm.edu/staff/bobp/french/frmatters.html].  In short, the French Masters program at Bowling Green State University encourages students to explore the relevance, diversity and dynamism of the French-speaking world both in France and other Francophone contexts.1

Closer to home: a recent survey of our M.A. alumni/alumnae revealed a broad spectrum of careers, including (among others): chair of a French department; assistant director of study abroad programs; teacher at the secondary level; professor of a two- or four-year institution of higher education; director of international sales; translator; and attorney.  In addition, several graduates each year typically go on to pursue a PhD (in recent years, BGSU alums have been accepted into the University of Indiana, Bloomington, Florida State University, Ohio State University, and Pennsylvania State University, to name a few). Other alums choose to return to France, often teaching English in the French government’s assistant program.

For students interested in a teaching career, the year at BGSU makes possible the exploration of contemporary approaches to teaching, "Second-Language Teaching Methods" (FREN 6010) and, on a competitive basis, the opportunity to teach over two semesters one’s own elementary French course while being supervised by a faculty member serving as T.A. Coordinator.

Working with a second (or third) World Language opens up career options. Consider some of the following options:

For a more complete listing, consult

as well as other websites, such as

Current students as well as alums can find more information into other career opportunities associated with a Masters of Art in French by clicking on the links provided below. We also encourage students to contact the University’s Career Center.

Interested in reconnecting with former students of French at BGSU?  Consider joining the Bowling Green State University French Alums by emailing the graduate coordinator (ma-french@bgsu.edu).  This group is reserved for alums, MA/MAT candidates, and undergraduate students currently majoring in French at BGSU.