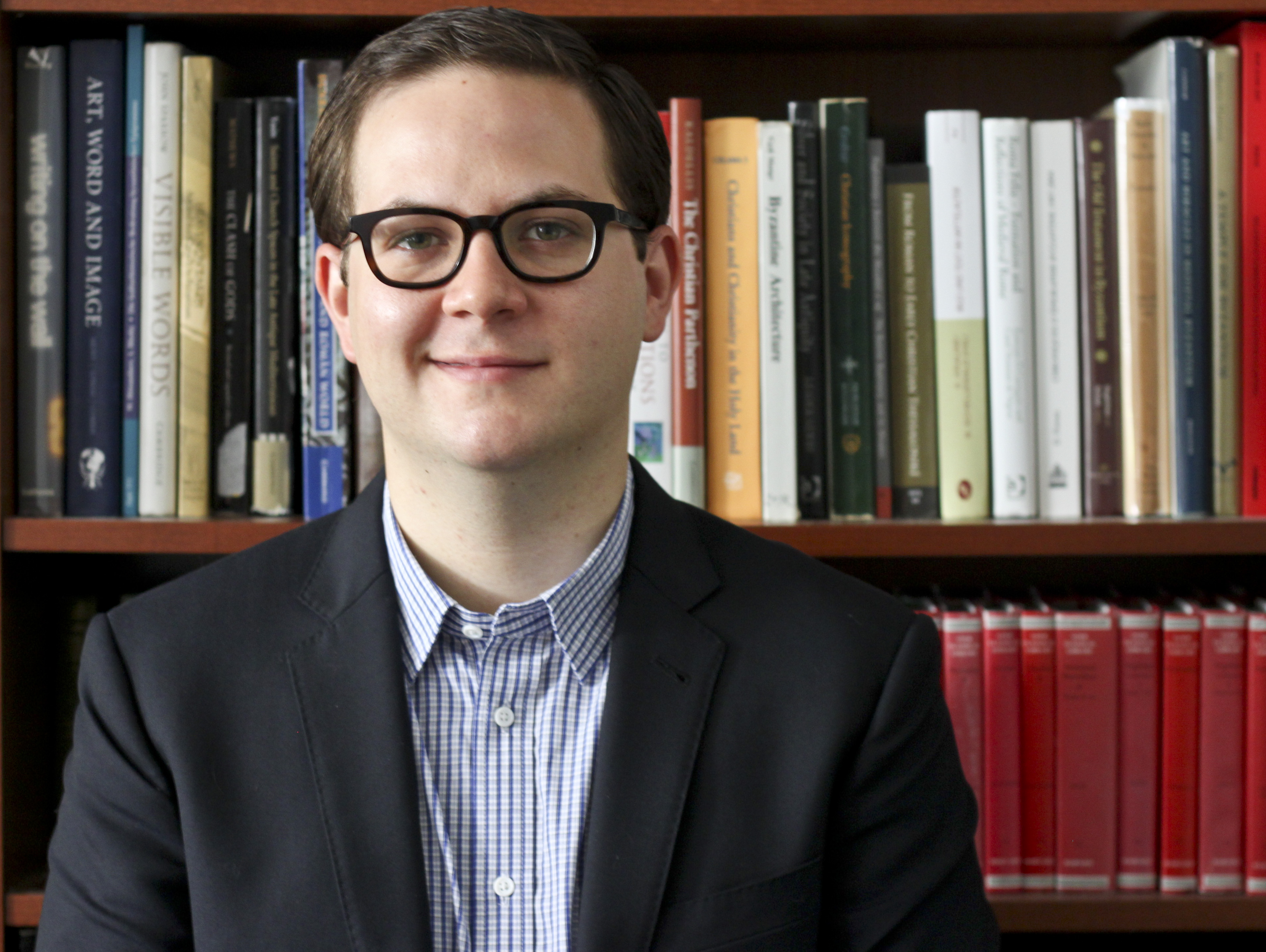 Dr. Leatherbury’s research focuses on Roman and late antique visual and material culture, and examines the relationship between art and text, issues of identity and geography (“regionalism,” “provincialism”), and the transformation of the “minor arts” (votives, textiles, silver vessels, gold-glass, jewelry) from the Roman period to the early Middle Ages. His first monograph, Inscribing Faith in Late Antiquity: Between Reading and Seeing (Routledge, in press), considers the visual functions of texts inscribed within Christian, Jewish, and early Islamic buildings across the Mediterranean. Additional projects include a book project on the mosaics of Roman and late antique Syria in their cultural and regional context; edited volumes on traveling artists in the late antique Mediterranean and on late antique art and identity; and articles and essays on iconoclasm and/as repair, the visual culture of lead coffins from Roman Lebanon, wall mosaics as sites of cultural negotiation, and late antique votives. His research has been supported by residential fellowships at the Getty Villa in Los Angeles, the Bard Graduate Center in New York, and the Council for British Research in the Levant, and by grants from the Oxford Centre for Byzantine Research, Corpus Christi College, Oxford, and the Association for the Study and Preservation of Roman Mosaics (ASPROM). Dr. Leatherbury is a Research Associate of the Monumental Art in the Christian and Early Islamic East project at Oxford (https://www.classics.ox.ac.uk/monumental-art-of-the-christian-and-early-islamic-east), and mosaics curator of Manar al-Athar (http://www.manar-al-athar.ox.ac.uk<http://www.manar-al-athar.ox.ac.uk/>/), an open-access multi-media resource for the study of the ancient and medieval Middle East.