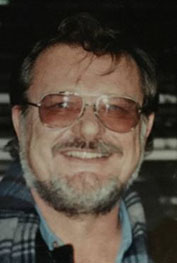 The Department of History regrets to announce that Dr. Kenneth F. Kiple, Emeritus Distinguished University Professor of History, died after an extended illness on Sunday, March 27, 2016. Of course, his jovial and stimulating presence has been missed in the History Department since his retirement in 2007, but it is almost unnecessary to say that his intellectual influence has remained.

Dr. Kiple was a prolific and profoundly influential scholar.  The intellectual range of his teaching and writing extended from the political and social history of Latin America, Black culture and health in the Caribbean, North America and Africa to such topics as the world history of plague and disease, the biological consequences of European imperial expansion and the history of food globalization.

The list of articles Dr. Kiple contributed to academic journals and individual chapters he contributed to other books is equally diverse and much longer. He was listed in Who’s Who in America, Who’s Who in American Education, Who’s Who in International Authors and in Outstanding Scholars of the Twentieth Century.  The substance of these achievements was consistently reflected in his teaching of undergraduate and graduate students and his coaching of students who were working on theses and dissertations in related fields. He was a splendid friend and collaborator with many of his colleagues. He will continue to be missed.