It has been a little over a year since Akiko Sensei stepped down and I began to serve as Director of the Asian Studies Program. It has been a challenging time for everyone, perhaps especially for our exchange students both in Japan and the U.S., navigating the pandemic in a foreign culture, far from family.

Teachers and students alike have had to rethink the way we teach and learn, leveraging technology and getting very creative. I’m so proud of all of us for adapting and moving forward. Our students who graduated in both 2020 and 2021 have done amazing work on their capstone projects and are moving on in exciting directions. A number of students won scholarships and awards for their hard work both on these projects and in their classrooms. There is a list of scholarship recipients in this newsletter. Our faculty learned how to teach effectively over Zoom and online. They have also continued to publish, obtain grants, and pursue promotion.

Asian Studies is ever more important as we learn languages and cultures, using our experience and knowledge to speak out against stereotypes and racism against Asians and other communities. I am very much looking forward to the coming years as we get the pandemic under control and move back into our normal classrooms, events, and study abroad experiences, now supplemented with all we’ve learned this year about remote learning.

We thank all of you for supporting our program and our students! Donations can be made either to the Kiyo Kitahara Asian Studies Program Fund to support student scholarships and other programming or to the Dr. Neil Andrew Englehart Memorial Study Abroad Scholarship Fund, which will soon support study abroad students. 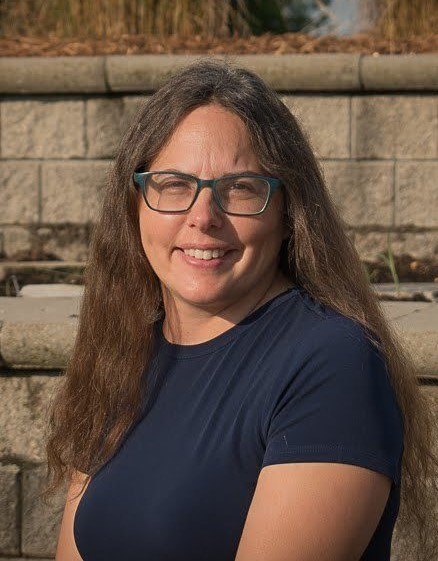 In spite of the pandemic, the Asian Studies program presented several successful events during spring semester. Here’s a brief recap, in case you missed them.

A virtual presentation of the 20th Cherry Blossom Festival was held on Friday, April 16, and Saturday, April 17. The event celebrated Japanese customs and culture with performances, origami workshops and virtual games.

Following the opening ceremony, interim dean of the College of Arts and Sciences, Dr. Dale Klopfer, welcomed guests to the festival. The virtual platform provided the opportunity to have live participation from Japan. BGSU benefactors gave greetings from Tokyo and told the history of their cherry tree donation to the university. The BGSU Japanese Program is delighted to have been able to continue celebrating Ohanami since the cherry trees were first donated in 2002.

Shamisen and koto were demonstrated by the group ETCETERA from Japan. Shamisen is a three-stringed musical instrument shaped like a guitar, and koto is a Japanese type of zither. The professional performers provided a live explanation of the instruments and shared their special recordings for the Ohanami event.

Kazenodaichi Taiko Ensemble, a group founded at BGSU, presented a taiko performance. The group taught the basics of taiko drumming, including form and rhythm.

Before the closing ceremony, Master Shoto introduced Rakugo, a traditional Japanese form of solo storytelling that uses a folding paper fan as a prop. Several students had the chance to demonstrate Rakugo on-stage with Master Shoto.

Because of its online delivery, this year’s event focused more on performance than hands-on activities. Many people from across the country enjoy this year’s festival, however, the sushi and Japanese snacks were missed! We look forward to holding the 21st Cherry Blossom Festival in-person in the spring of 2022.

The 52nd Nakama, a forum for American and Japanese business leaders from northwest Ohio and southern Michigan, was held virtually on March 18th. Following a welcome from Dr. Dale Klopfer, interim dean of the BGSU College of Arts and Sciences, the event’s two guest speakers were introduced by Akiko Jones, a teaching professor in the Department of World Languages and Cultures. Honorary Consul General of Japan, Tsutomu Nakagawa, discussed Japan/U.S. business relations and Mr. D. Paul Zito, Vice-President of International Development at RGP Northwest Ohio, provided an update on Japanese and international business development in northwest Ohio.

After the guest speakers’ presentations, attendees were divided into four breakout rooms to socialize. Despite holding the meeting virtually, approximately 40 Japanese and American business professionals attended.

Yokai and Other Mysterious Creatures of Japanese Folklore

Michael Foster, a professor of Japanese and Department Chair of East Asian Languages and Cultures at the University of California, Davis, presented “Yokai and Other Mysterious Creatures of Japanese Folklore” on February 3. An audience of 80 students and community members from Bowling Green, Toledo, and Michigan enjoyed this very informative virtual lecture sponsored by the Department of World Languages and Cultures, Asian Studies Program and Japan Outreach Initiative. 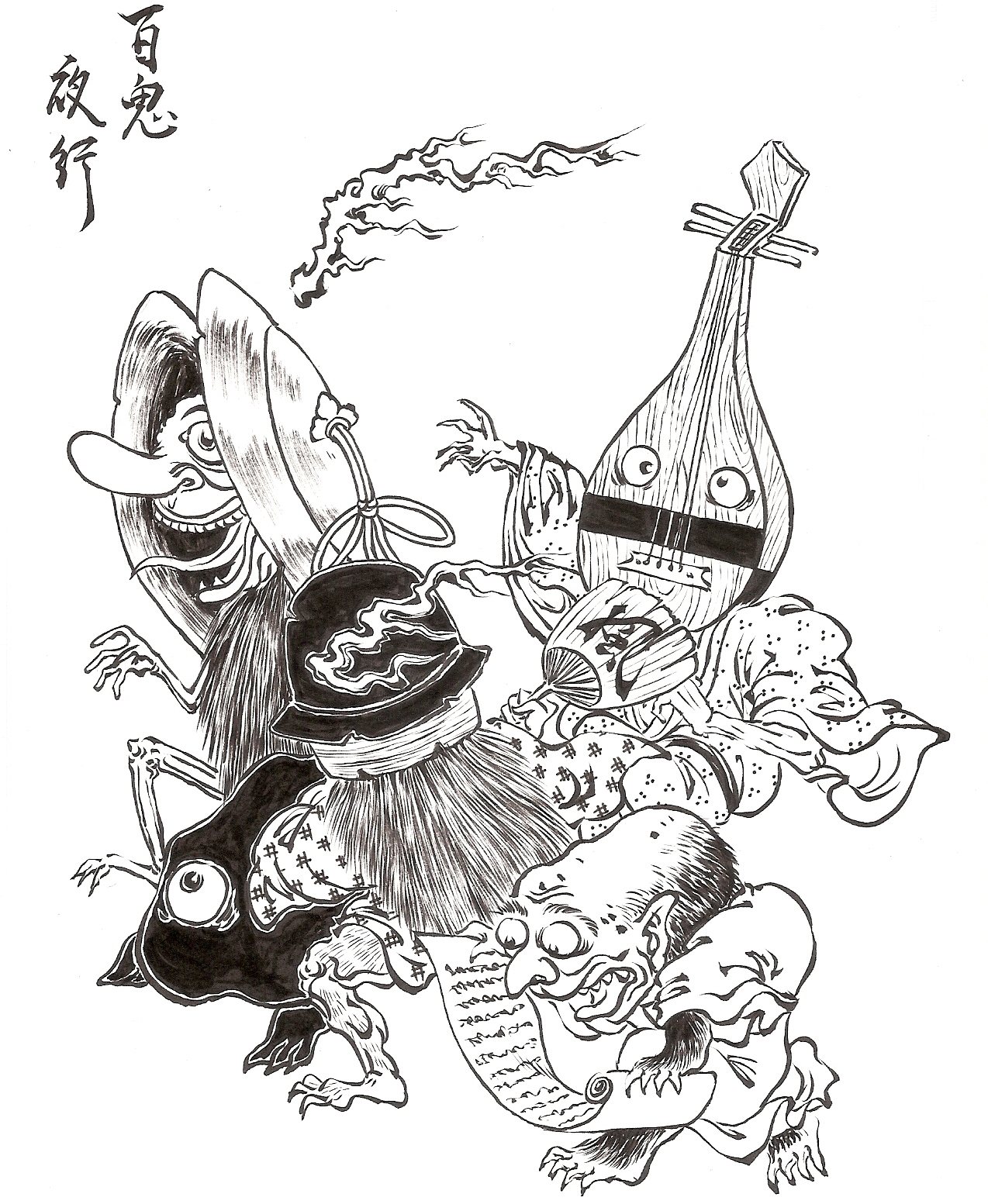 Report on the South Korean Response to COVID-19

South Korea’s response to COVID-19 has been considered one of the most successful cases. Building on its experience handling Middle East respiratory syndrome (MERS), South Korea was able to flatten the epidemic curve quickly, without closing businesses, issuing stay-at-home orders, or implementing many of the stricter measures adopted by other countries. The key to its success came from blending technology and centralized control with timely communication.

From the early stages of the pandemic in February 2020, South Korea developed the government led guidelines for the public (e.g. the mask mandate), conducted comprehensive testing and contact tracing using technology, and supported people in quarantine to make compliance easier. The country successfully managed outbreaks in March and August 2000 and gradually gained control of a larger, more dispersed outbreak in December 2020.

To date, the U.S. ranks 10th in its total cases per capita. South Korea ranks 145th. Though it has been slower than other world leaders like the U.S. to vaccinate its population, South Korea is still seeing fewer than 700 new cases per day on average. The United States, meanwhile, is averaging more than 70,000.

On Wednesday, March 17, Dr. Heather MacLachlan, an associate professor of ethnomusicology at the University of Dayton who specializes in Burmese music, discussed popular music and political mobilization in contemporary Myanmar/Burma.

The presentation was divided into two sections. The first segment dealt with music that targeted Myanmar’s Rohingya minority, which has been victimized by a decade-long campaign of genocide and expulsion affecting nearly one million Myanmar Muslims. According to the presentation abstract, “The words of these songs meet the International Criminal Tribunal's legal definition for incitement; therefore, the creators of these songs are complicit in one of the world's greatest human rights crises.”

The second half of Dr. MacLachlan’s lecture discussed songs that oppose the Burmese military junta that has ruled the country since 1962. After relaxing its grip somewhat in 2011 and permitting civilian leaders to participate in governance, the junta seized power in a coup on February 1, 2021. The people of Myanmar, accustomed to ten years of democratic freedoms, have courageously stood up against the military junta with a Civil Disobedience Movement (CDM). The junta has mercilessly responded to this popular uprising with repressive violence and brutality. Hundreds of demonstrators have been killed or wounded since the start of the coup.

While internet access within the country is quite limited, anti-coup songs have nonetheless circulated online, originating both from within the country and from members of the diaspora and others wishing to show solidarity. The songs are also sung at street protests.

Dr. MacLachlan is the author of numerous scholarly journal articles, a textbook, and two academic books, including Burma's Pop Music Industry: Creators, Distributors, Censors (University of Rochester Press, 2011). She was grateful for the opportunity provided by the Forum to focus on presenting her research and expand its purview to include recent developments following the February coup.

In January, Dr. Milan​ Vaishnav, Director and Senior Fellow, South Asia Program, Carnegie Endowment for International Peace, spoke about the trajectory of India’s democracy since its independence seven decades ago. He argued that at the time of its independence from British rule, India successfully embarked on a progressive democratic path despite its profound ethnic, religious, linguistic, and cultural diversity. But today, there are growing concerns that India is undergoing a sustained period of democratic backsliding. In his lecture, Dr. Vaishnav succinctly assessed the trajectory of Indian democracy – its surprising origins, its resilience despite the odds, and its uncertain future.

The presentation was very well attended by the Asian Studies faculty, students, and community members. The forum prompted several interesting discussions, including the future of Indian democracy and change in the relationship between India and the U.S., with the newly elected Biden administration.

Congratulations to the following scholarship recipients