Each year, the Harold "Andy" Anderson Scholarship is awarded to deserving students from Wood and Lucas counties with a 3.5 GPA or above. The scholarship commemorates Dr. Harold Anderson, former BGSU basketball coach, athletic director, and professor. Harold Anderson won 362 games during his 21-year career at Bowling Green State University. His teams won three MAC championships and he coached 11 All-Americans, all of whom played in the NBA. The gym in Memorial Hall has been named in his honor.

It was important to Dr. Anderson that his students maintain high academic standards, developed their leadership skills and were involved in the BGSU campus community as well as the larger Bowling Green community. He recognized that it was important to cultivate the student as a whole so that the student could make valid contributions as a BGSU graduate. 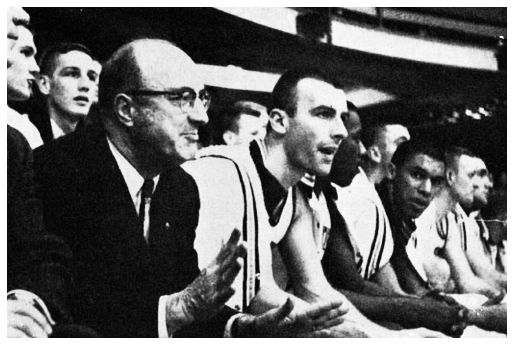 Questions? Contact the Office of Alumni and Development at 888-839-2586 or alumni@bgsu.edu.